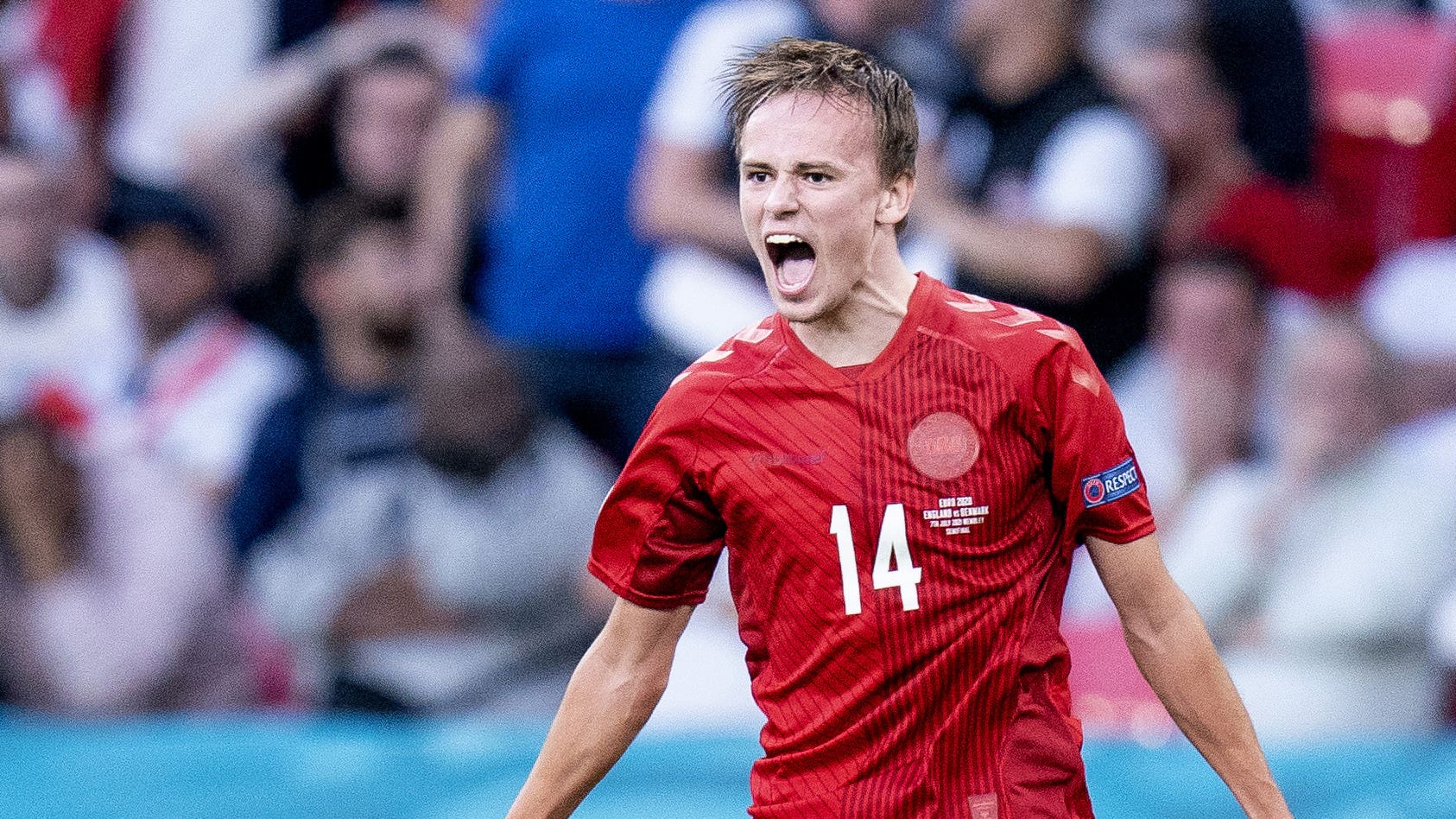 The midfielder was a standout performer for Denmark during the international break, recording an assist in their 2-0 victory over France.

But he has managed just 68 minutes for the Bees across four Premier League matches this season, something his boss expects could imminently change.

“(The international performance) was very important,” said Frank, whose ninth-placed side travel to Bournemouth on Saturday.

“He managed to play at the intensity in training and he is looking better and better. Now he got a start for Denmark and did a good job, top action for the assist, really good touch and a perfect pass, cross for (Kasper) Dolberg to score.

“That confidence, hopefully he’s taking that into us and he can progress from there.

“(More minutes) is the aim. I think it’s going according to plan in terms of he hasn’t started in the Premier League until now, because he needed to get the intensity up, to train, to add to his fitness.

“Now he is in a state where he can start competing for a start. Hopefully he is showing me that I should not be in doubt of starting him.”

Frederiksvaerk-born Frank was less forthcoming about the Denmark national team’s new jerseys for the World Cup finals in Qatar, released on Wednesday and designed as a protest against the host nation’s human rights record.

Kit manufacturers Hummel explained their “toned down” design, with near-camouflaged crests and chevrons, on social media, saying: “We don’t wish to be visible during a tournament that has cost thousands of people their lives. We support the Danish national team all the way, but that isn’t the same as supporting Qatar as a host nation.

“We believe that sport should bring people together. And when it doesn’t, we want to make a statement.”

Frank, who coached Denmark at the under-16, under-17 and under-19 levels before taking over the first team at Brondby, was pragmatic when asked about the kit.

“Of course I read the news about the black shirt,” he said. “I think it’s for Denmark to answer that question and not me. I could call my good friend if you want, (Denmark head coach) Kasper (Hjulmand) to say anything about it.

“I think it’s a very sensitive subject that is not for me to say publicly what I think about that right now. Obviously I have my thoughts.”