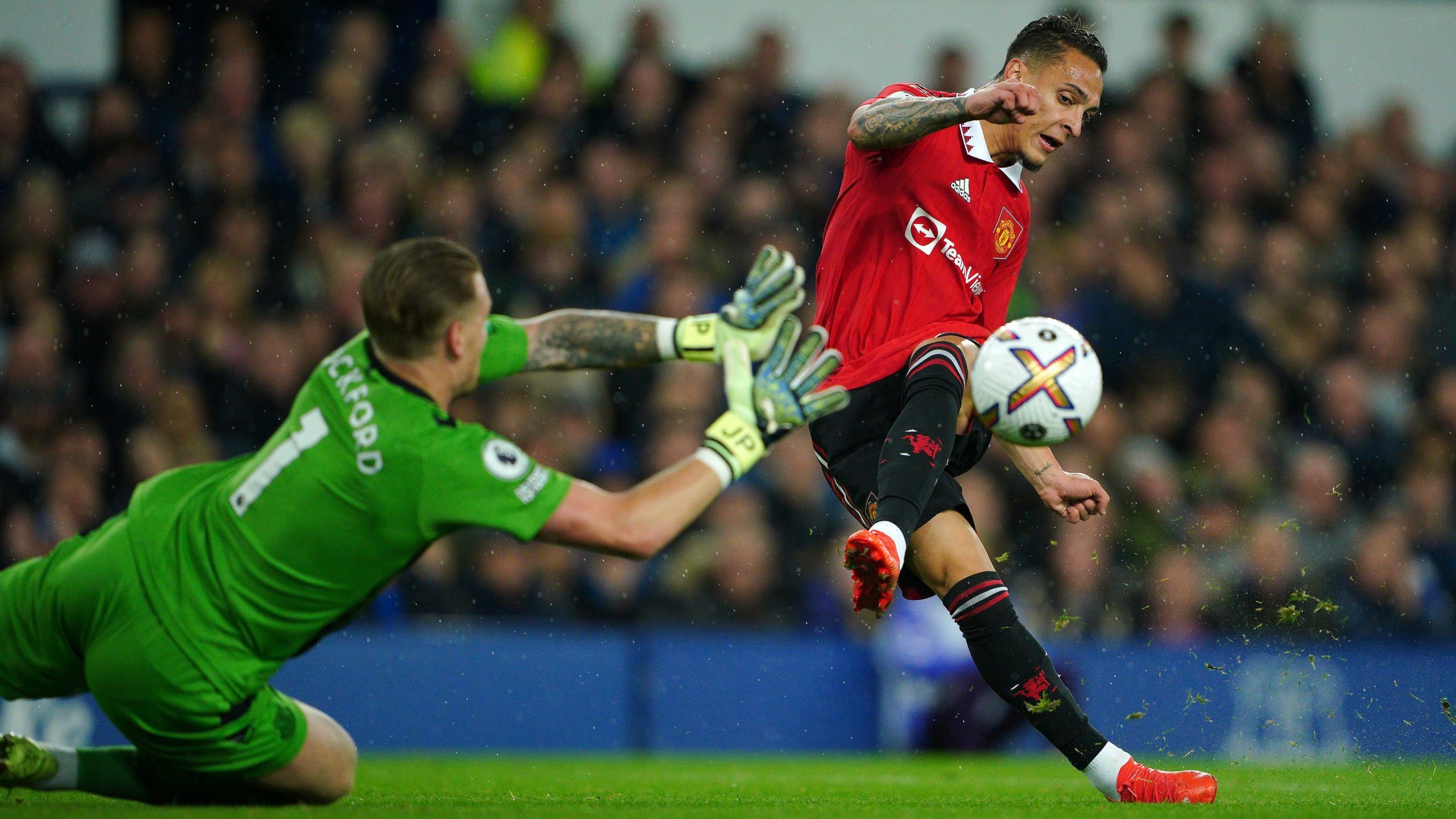 By By Carl Markham PAOctober 10, 2022No Comments

Manchester United manager Erik ten Hag expects much more from Antony despite the forward’s immediate impact at the club.

Cristiano Ronaldo may have stolen the youngster’s limelight at Goodison Park but while the 37-year-old Ronaldo and his 700 career club goals represent the past, the summer signing from Ajax is integral to Ten Hag’s plan for the future.

In becoming the first United player since Ian Storey-Moore in 1972 to score in his first three league appearances with the equaliser in a 2-1 win at Everton, the 22-year-old Brazilian has already started to repay his £85million transfer fee.

Ten Hag managed Antony at the Dutch club for two years before bringing him with him to start his revolution at Old Trafford and knows the forward has so much more to offer.

So while Ronaldo’s historic goal just before half-time may have been the winner, Antony’s goal was just as significant in turning the momentum United’s way.

“We have to expect more from him,” said Ten Hag.

“He needs challenges, that’s why he came to the Premier League. He gets it here, he wants to play with the best players, the highest stress factors against the best players and from there on he will step up.

“That’s what you see: first weeks he scored goals, he did good stuff, but also I saw a lot of room for improvement in his game.

“What I was happy (about) with the goal he made now was getting in behind; he has to do that more, he has to use his space, he has a good dribble, but he needs more variation.

“In the first game he was not always that good defending-wise but he was really good, really disciplined, he had good positioning, good anticipation, so he had quite an impact on this team’s performance.

“He is a young player we have to develop but he has to develop himself.”

Ronaldo’s goal was his first in the Premier League this season, having managed just 268 minutes of top-flight action due to Ten Hag’s preference for a more dynamic system.

His role as a squad player may not sit well with him, having made three of his four starts in the Europa League, but Ten Hag believes he is starting to see progress as a unit.

“You see the spirit in this game is really well – not only the 11 players, it’s a squad,” he added.

“You see Victor Lindelof, Scott McTominay and Rapha Varane coming in, so we do more than 11 players and I am happy with that process.”

Lindelof was making his first league appearance of the season, having fallen behind Varane and Lisandro Martinez in the pecking order.

It was the Swede’s 200th outing for the club and while opportunities have been limited it has not dulled his attitude.

“It’s a very special feeling, hopefully I can do some more, that’s always my goal. I want to help the team and if I can be out there and help the team get three points that’s the best thing,” he said.

“We had a great feeling in the squad, we have some really good players and everyone is getting along well. It’s very important to have that in the team.

“You see this team is, attitude-wise, mentally-wise, developing so I am happy with the process and we have to keep the process going.

“We have a strong squad, we have a lot of games so it’s very important for everyone to stay ready.

“For me, I had a tough start to the season, I was injured, so to come back and play was good. I was very happy.

“I want what’s best for the team, I’m always there and ready when it’s my time to perform.”