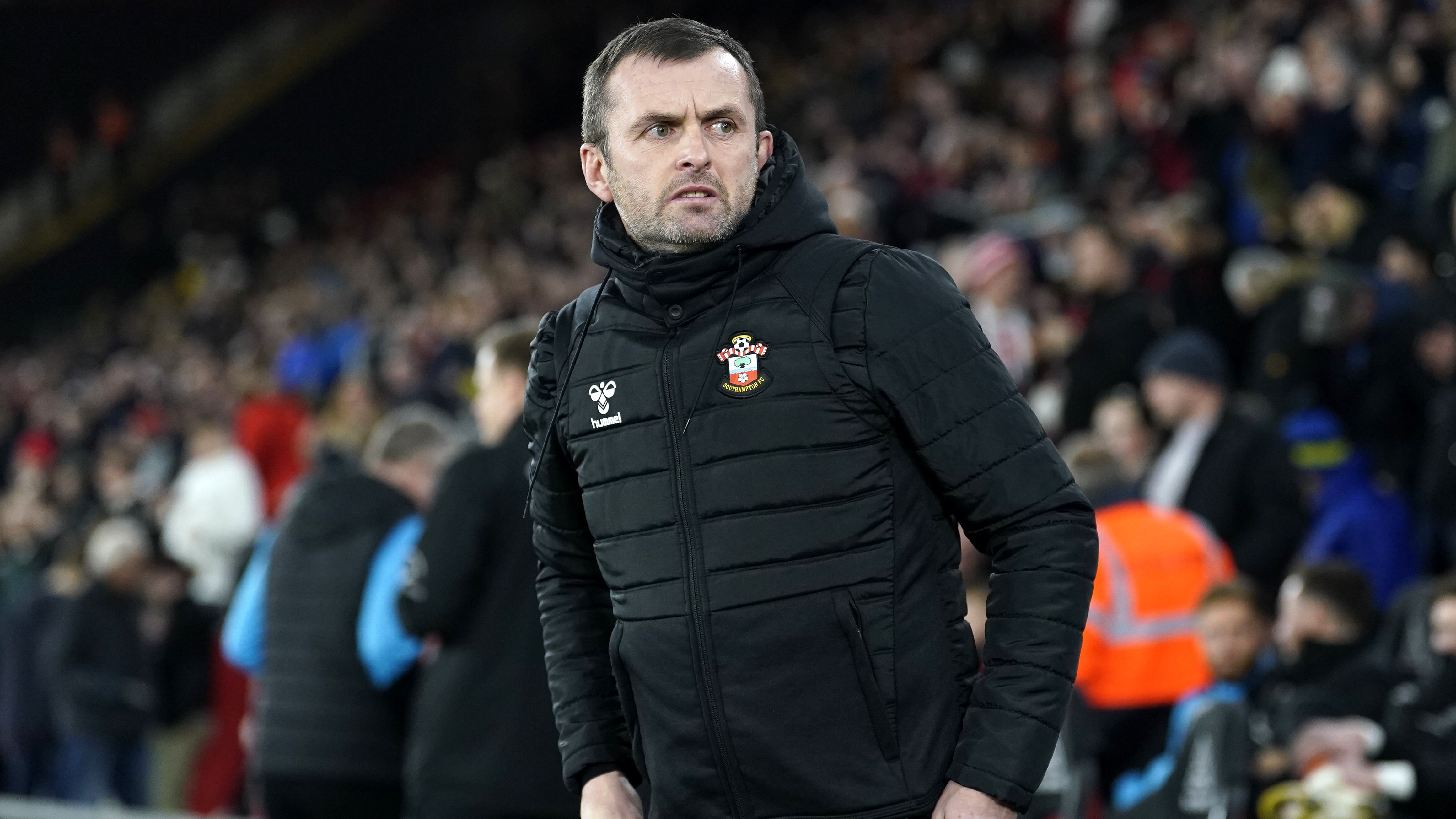 Southampton boss Nathan Jones admits Brighton played a crucial role in launching his managerial career but insists sentiment will be cast aside on Boxing Day.

Jones will take charge of his maiden Premier League home match as a manager when the two south-coast clubs clash at St Mary’s.

The Welshman, a former Seagulls player, spent two-and-a-half years as a coach at the Amex Stadium, working under Oscar Garcia, Sami Hyypia and Chris Hughton from 2013 to 2016, before moving to Luton to take his first steps in full-time management.

While he retains fond memories of his career-shaping stint with Albion, Jones is fully focused on kick-starting Saints’ top-flight survival mission.

“I played there for five years at the Withdean Stadium (2000 to 2005) and had a relatively successful time, three promotions and really enjoyed it,” said the 49-year-old, whose new side sit second bottom of the division.

“I met some good friends, good people, and built some sort of reputation there. Then I had the opportunity to go back as assistant manager to three managers.

“It gave me an education, it gave me a real kick in football and I got real good people there that helped me along my way.

“People like Paul Barber (Brighton chief executive), people like Tony Bloom (Brighton owner) really helped me in my progression and it’s a club close to my heart. It won’t be on Boxing Day!

“I’ve been really fortunate in my time to work for some real good football clubs with good people and Brighton’s right up there.”

Jones has been forced to wait more than six weeks for his Premier League debut on home soil due to the World Cup.

Having left Luton to replace the sacked Ralph Hasenhuttl on November 10, his tenure began with a 3-1 loss at Liverpool two days later, before he guided Saints into the Carabao Cup quarter-finals on Tuesday courtesy of an unconvincing 2-1 win over League One Lincoln.

December 26 already represents a milestone for Jones as it is the date of his first match in management.

He was placed in caretaker charge of Brighton in 2014 following the resignation of Hyypia and helped them battle back to draw 2-2 with Reading after a first-half double from Glenn Murray.

“I remember it well,” said Jones. “I didn’t have the best starts, we were two down after 11 minutes from an ex-Albion player, but we managed to come back.

“And then the next fixture I took was Fulham, we won 2-0. I managed to remain unbeaten as a Brighton manager.

“But, as I said, come Boxing Day, I won’t be thinking too much about that.”