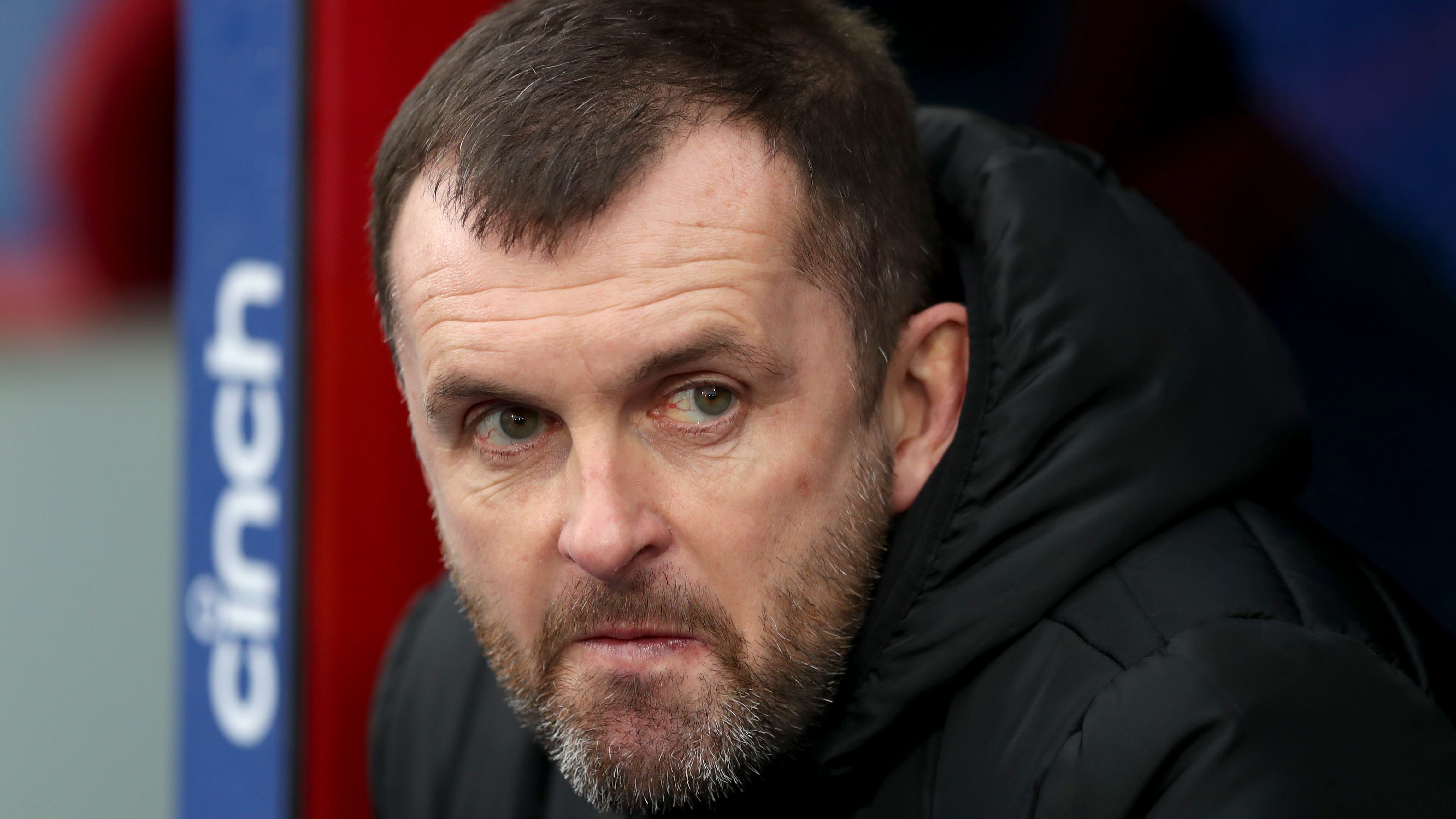 Southampton manager Nathan Jones insists he does not listen to public criticism as he took issue with perceived negative questioning ahead of Saturday’s relegation battle at Everton.

Jones has lost his opening four Premier League matches amid supporter unrest but improved the mood at St Mary’s by guiding Saints to a shock 2-0 Carabao Cup quarter-final win over Manchester City on the back of reaching the FA Cup fourth round.

After upsetting Pep Guardiola’s side on Wednesday evening, the former Luton boss used his press conference on Thursday to express irritation at recent comments from Havant & Waterlooville manager Paul Doswell, a Southampton fan, claiming he was out of his depth.

Bottom-of-the-table Saints travel to Goodison Park on Saturday, where the feeling among fans is arguably even more gloomy, with Frank Lampard’s Toffees also languishing in the bottom three.

“I have ignored everything really and I don’t want it to be a big issue because some of it’s justified, some of it’s not,” Jones said of the criticism.

“I took umbrage to one thing really (Doswell’s comments). When you’re in the public eye and when you do a job like managers do, you’re going to get criticism regardless of what you do at every level.

“It’s nothing to do with thick skin or not, I think I’ve held myself with real dignity in terms of recent weeks and hopefully now coming through.

“I don’t hear it. I was informed about one incident, that’s it. I don’t read social media, I don’t read press much. I block everything out. I have tunnel vision on trying to do a job for Southampton.”

Back-to-back cup victories over City and Crystal Palace should provide Southampton with a major morale boost before the trip to Merseyside.

Everton supporters are planning a sit-in protest following the weekend game, during which there will be calls for owner Farhad Moshiri to change the structure of the board and remove long-standing chairman Bill Kenwright and chief executive Denise Barrett-Baxendale.

Asked about the prospect of both sets of fans venting displeasure, Jones replied: “You’ve got very negative questions. Let’s focus on the levels of performance that we’re doing.

“I can’t comment on Frank Lampard or Everton Football Club. What I can comment on is Southampton and we have a wonderful football club here.

“Yes, they (the fans) are a little bit disgruntled but hopefully we’re changing perceptions, given time we will change perceptions and that’s all it is.

Having also defeated League One Lincoln in the Carabao Cup since his arrival, Jones defended his overall record.

“I need to improve my ratio in the Premier League and if I can do that the criticism will stop.”