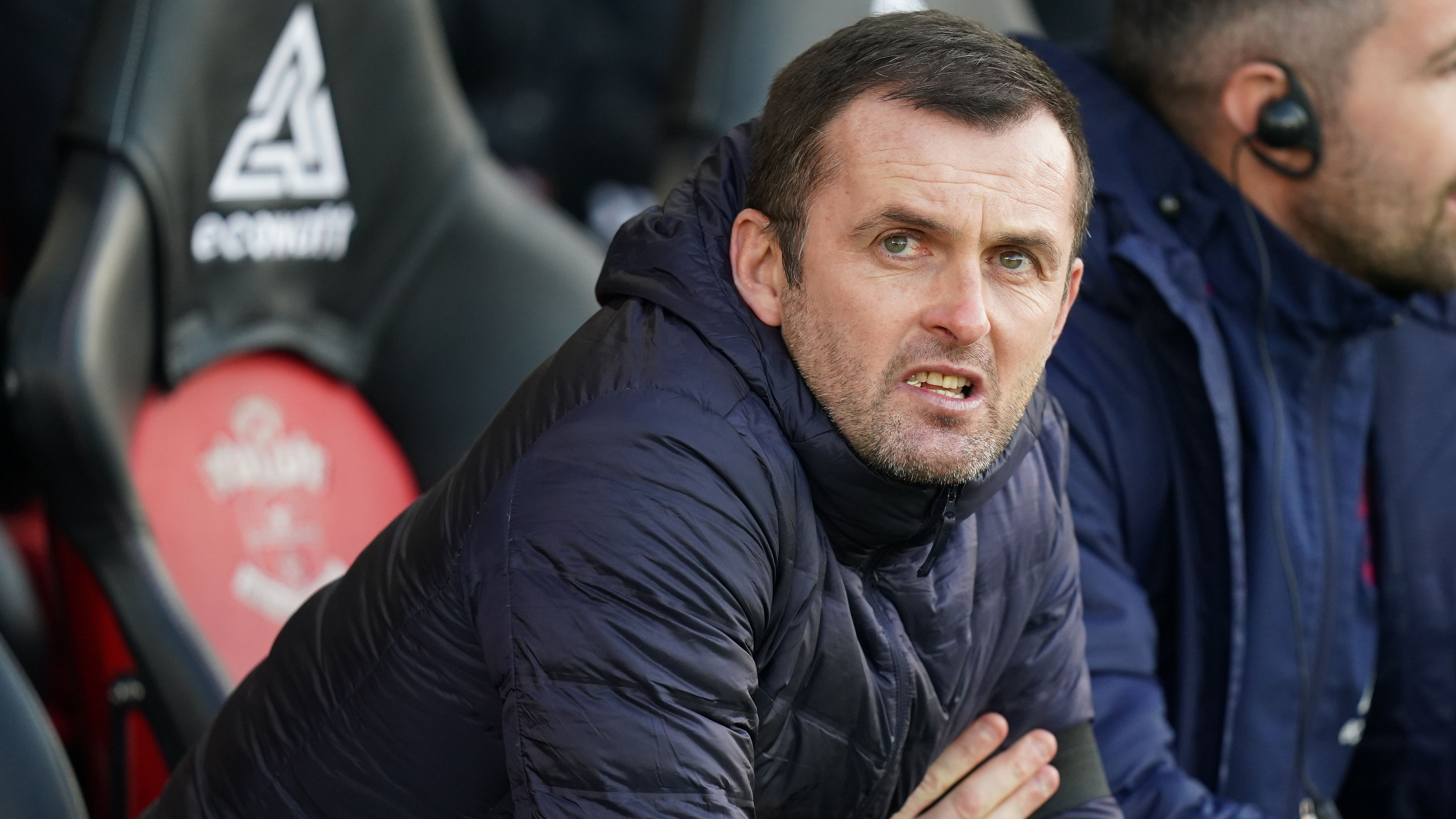 Nathan Jones vowed to “work religiously” on Southampton’s shortcomings after his struggling side slipped to the bottom of the Premier League on the back of an error-strewn 3-1 loss to Brighton.

Former Luton boss Jones endured a miserable first home game in top-flight management to leave him in no doubt about the size of the job at St Mary’s.

Solly March thumped home a thunderous third early in the second period to secure success for the rampant Seagulls, prior to James Ward-Prowse’s consolation for the relegation-threatened hosts.

Jones, who succeeded the sacked Ralph Hasenhuttl just under seven weeks ago, rued the blunders but is determined to find solutions following a dismal afternoon to forget.

“We gifted them two goals today and then that gives them confidence to do what they do and they keep the ball very well,” said the Welshman, whose team were jeered off at the end of each half.

“We never really gave ourselves a chance of winning. We didn’t do the basics well enough and didn’t deserve anything from the game.

“We have to make sure we have a foothold in the game and at the minute we’re not giving ourselves a chance.

“We need to do certain things better and we will work religiously on that.”

Lallana, who left Saints for Liverpool in 2014 having joined the club’s academy aged 12, celebrated in subdued fashion after his tame 14th-minute header embarrassed Bazunu, before Perraud’s inexplicable mistake left Southampton with a mountain to climb.

Saints improved slightly immediately after the restart but March’s stunning, long-range effort shifted the momentum back in Brighton’s favour, prior to Ward-Prowse pulling one back on the rebound from a penalty saved by Robert Sanchez.

Only neighbours Bournemouth have conceded more top-flight goals this season than Southampton, a record Jones is desperate to improve.

“Southampton in 17 games have kept one clean sheet,” he said. “That’s not good enough.

“You won’t climb the table if you keep one clean sheet, it means you minimum have to score two goals to win a game.

“When you lose a game and you concede really poor goals, fans pay money to come and watch, so I understand their frustrations.

“What we have to do is make sure we change that, and that’s changing momentum and making sure we give people confidence, that we play to our strengths and if we do that we’ll win more games than we are currently.”

Brighton boss Roberto De Zerbi hailed the best display of his tenure after his team tightened their grip on a top-half spot.

The scintillating away performance prompted chants of “the south coast is ours” from the sold-out away end, followed by ones about the possibility of a European adventure next season.

“For the quality of play, the strategy of game, it was a fantastic day,” said the Italian.

“For me, the most important is not the result, it’s how much my players follow me.

“I’m very happy. We played probably the best game with me as a coach. We are improving.”