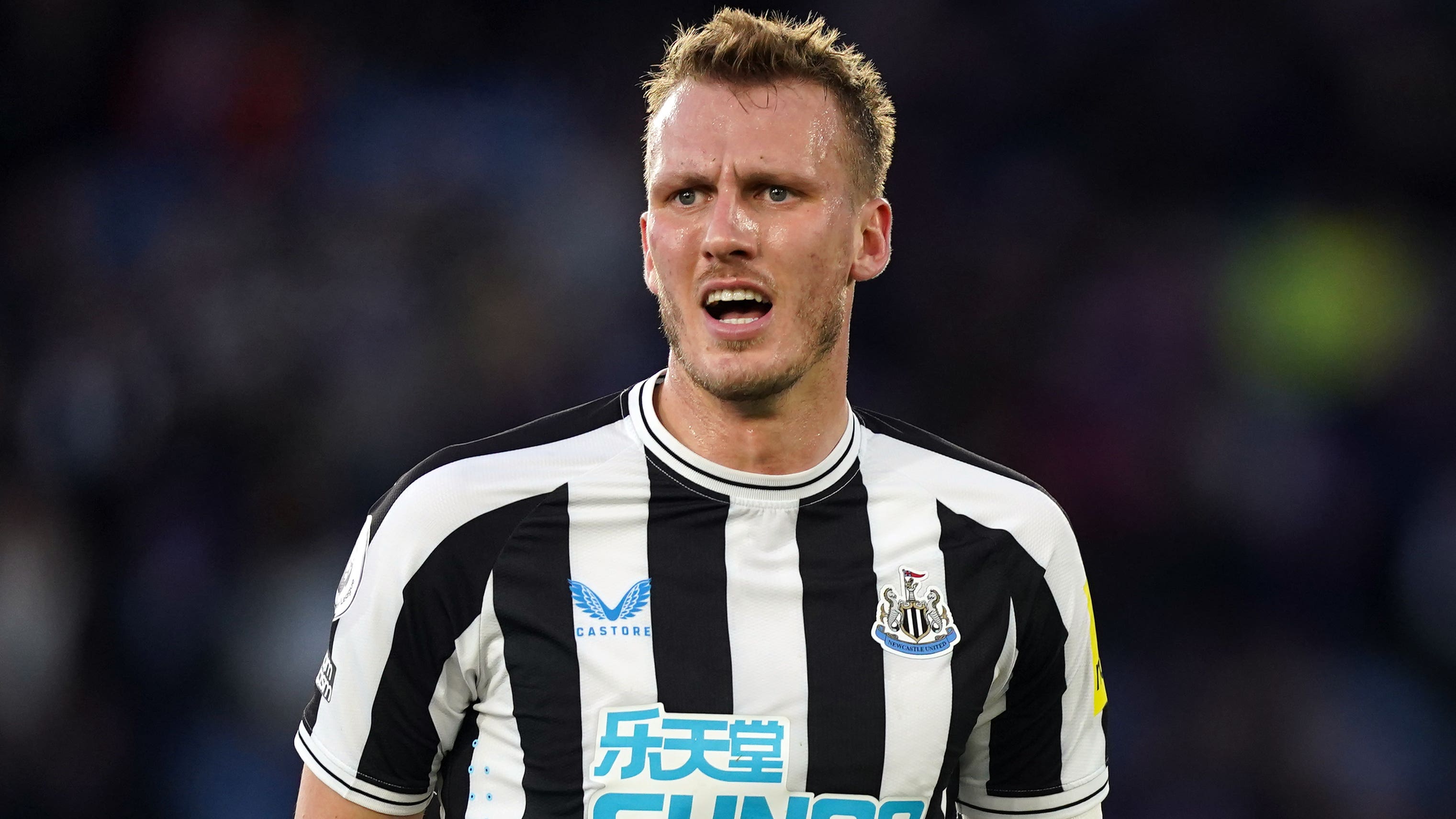 By By Damian Spellman PAJanuary 14, 2023No Comments

Newcastle boss Eddie Howe has told Dan Burn not to give up on his England dream.

The 6ft 6in defender found himself on the fringes of Gareth Southgate’s squad ahead of last year’s World Cup in Qatar along with club-mates Nick Pope, Kieran Trippier and Callum Wilson, but ultimately did not make the cut.

However, the 30-year-old’s form for the Magpies since, which he capped with a first goal for the club in Tuesday night’s 2-0 Carabao Cup quarter-final victory over Leicester, has been excellent and Howe is convinced he could yet make his mark at international level.

He said: “Dan is probably silently very motivated by that. I don’t think it’s something he would communicate necessarily to me or to his team-mates, maybe when pushed in the media possibly.

“But I think he is very much of the mindset that his performances speak for themselves, really, and that he would hope that they would be enough to be in contention.

“For me, he was very unlucky not to go to the World Cup, not putting pressure on Gareth but I would think he would have been very close. He just missed out, I think, and he’s carried that form on.

“Credit to Dan that he’s carried that form on. The World Cup has ended and that dream faded, but there’s still time for him and his adaptability and versatility is potentially a real avenue and a route in for England, potentially.”

Blyth-born Burn returned to the club which let him go as an 11-year-old in a £13million switch from Brighton in January last year and has been a big hit, particularly since slotting into a miserly defence at left-back, a role in which he is likely to continue against Fulham in the Premier League on Sunday.

Howe said: “If you’re going to sign a player of Dan’s age and of that profile, you hope it goes as his story has. I agree with you, I think he has improved.

“He’s done a very, very good job in whatever position I’ve asked him to play, he’s embraced everything that the club stands for and I think he’s got a winning mindset.

“He’s not here just to play for Newcastle, he wants to achieve, so it’s turned out to be a very good transfer for us.

“He’s very humble, he’s very easy to manage, to be honest. He’s very low-maintenance from my perspective and he’s a top player as well, so it’s a great mix from a manager’s perspective, definitely.”