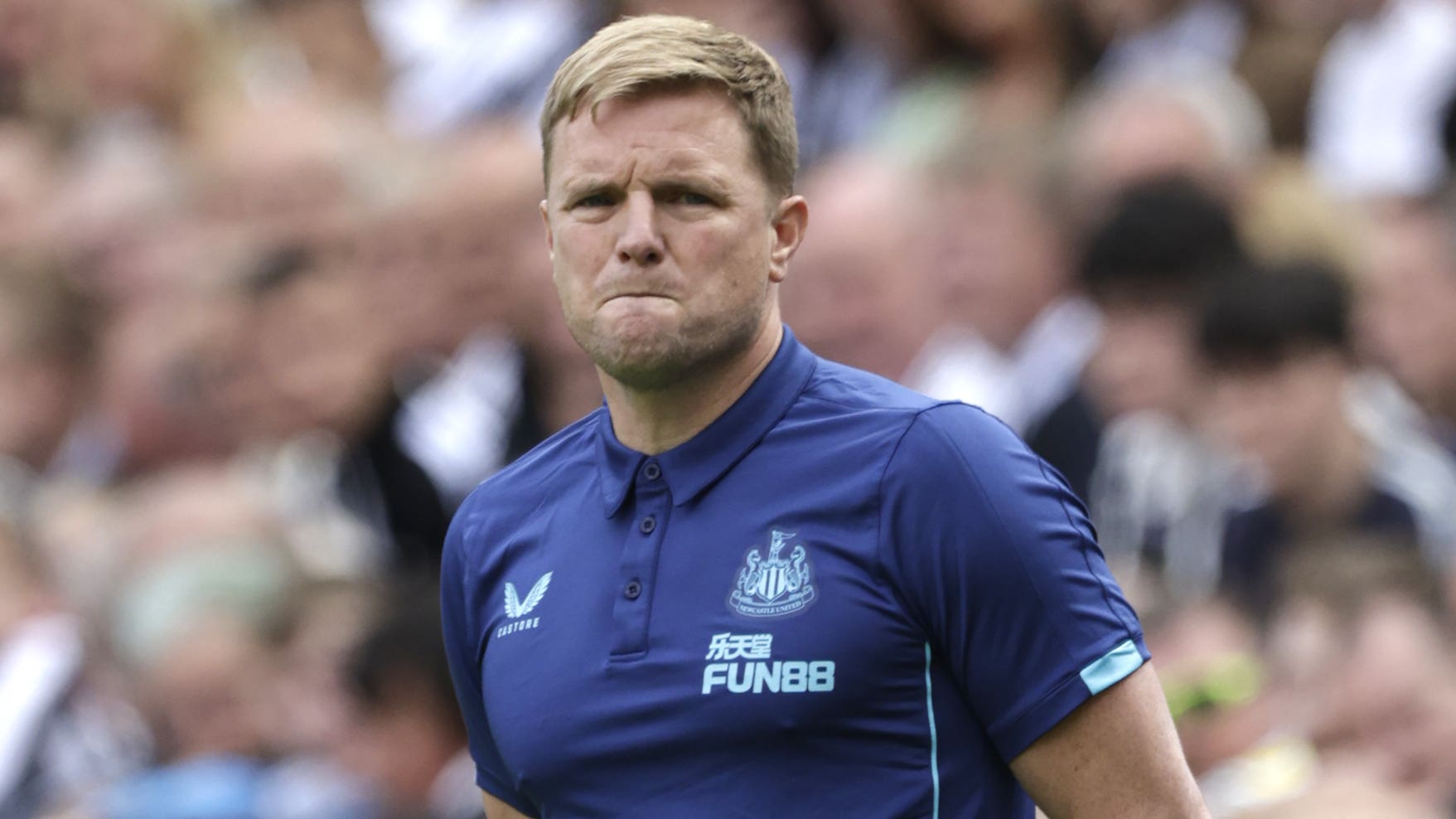 Eddie Howe has ordered Newcastle to consider themselves “equals” to Manchester City’s superstars as they attempt to upset the reigning Premier League champions.

Howe guided the Magpies to top-flight safety last season, despite the club winning none of their first 14 games, and has high hopes of building upon an 11th place finish with 49 points – some 44 adrift of Pup Guardiola’s men – with the financial backing of the club’s wealthy owners.

Nevertheless, the 44-year-old does not want his players to run out for Sunday’s clash with City at St James’ Park feeling inferior.

Asked if he ever allowed himself to think ahead to a time when Newcastle can compete with Guardiola’s men as equals, Howe said: “For me, we’re equals now.

“It’s only the the results and the performances that will dictate otherwise, so we go head-to-head with everybody that we play.

“We respect our opposition, but we don’t fear them – that’s regardless of who we play. That’s the mentality we’re going to need, not just now, but for the long term.

“And then obviously, through the performances and the results, whatever whatever happens, we take it and we look to come back and improve.”

City have won the last five league encounters between the clubs, scoring four without reply at St James’ and going one better at the Etihad Stadium last season.

With £51million summer signing Erling Haaland now on board, they will be no less dangerous this time around.

Asked about Haaland, Howe said: “He’s obviously an outstanding talent, there’s no doubt about that. You see some of the goals he’s scored… He makes it look effortless, and physically he’s very good as well.

“He will definitely change Manchester City as a team from a team last year without really a recognised number nine. They didn’t really play with that player, but they became very difficult to play against because of it because they overloaded you in certain other areas of the pitch.

“Now they have a focal point, a predator, someone who will score goals given half a chance, so we have to be aware of that.”

However, Howe is also acutely aware of the dangers of focusing too much on one player.

He added: “You can concentrate on a number of Manchester City players individually and it can probably come back to haunt you because the one you don’t prepare for ends up doing something.”