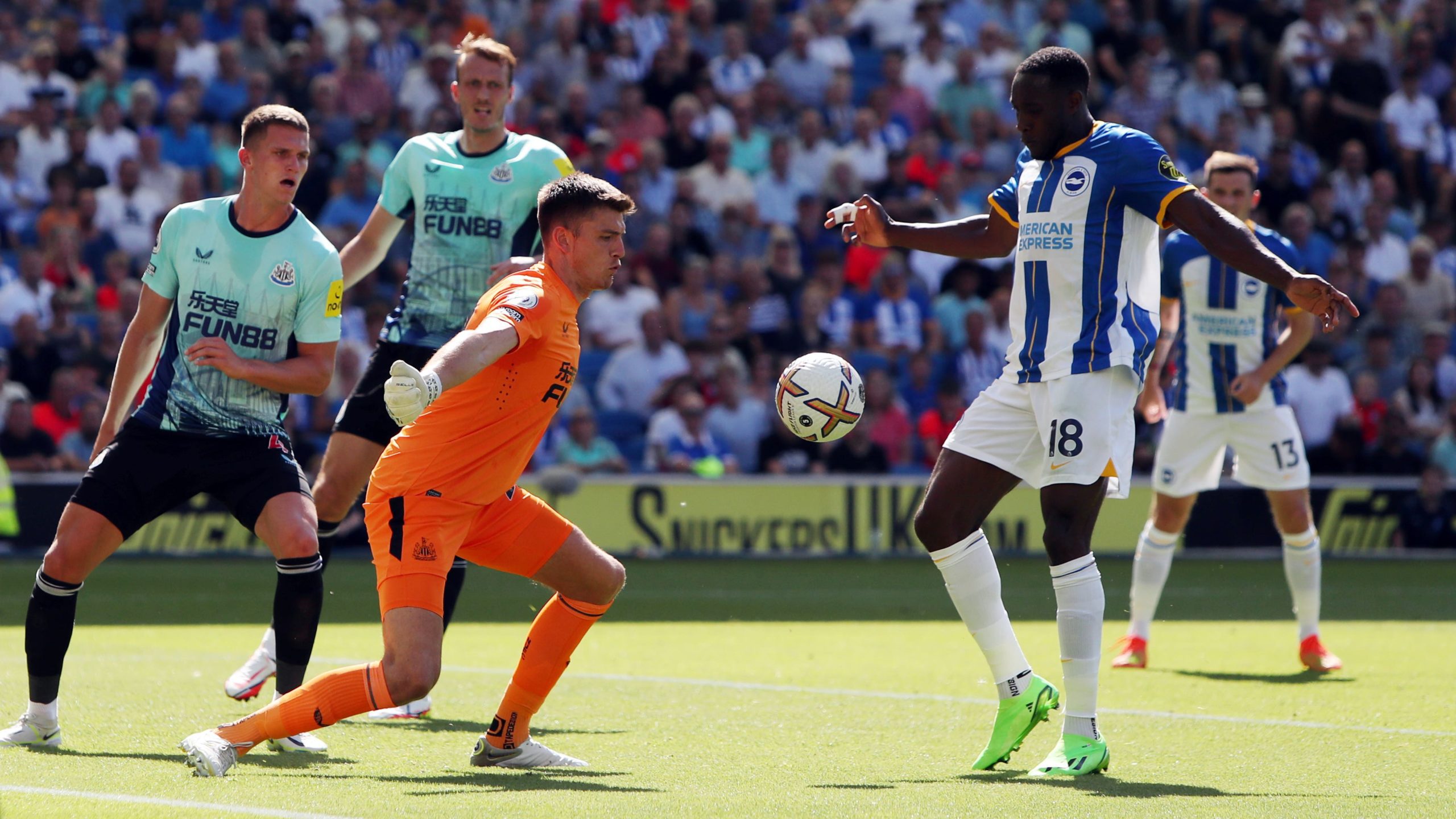 England stopper Pope racked up a second-straight clean sheet in Newcastle colours, thwarting both Adam Lallana and Solly March at the Amex Stadium.

March thought he had scored with a low shot through traffic in the first half, only for Trippier to clear off the line at the very last opportunity.

Pascal Gross then turned the ball the wrong side of the post at the death, after Kaoru Mitoma’s neat cutback.

Brighton increased their domination the longer the contest wore on, but Graham Potter’s men were unable to strike again after last weekend’s fine 2-1 win at Manchester United.

Newcastle had defeated Nottingham Forest 2-0 at home over the season’s opening weekend, but the Magpies were missing any clinical edge to their play on the south coast.

Allan Saint-Maximin was booked for a risible dive to start the afternoon’s exchanges, before Miguel Almiron curled the ball high and wide.

The quiet Saint-Maximin and the scatty Almiron failed to deliver the kind of urgency and incision boss Eddie Howe would so have craved on Newcastle’s travels.

March then saw his goal-bound strike cleared off the line by Trippier, before Lallana fired a neat shot on the spin straight down Pope’s throat.

The teams turned around with honours even and no goals, and despite plenty of huff and puff, that would stay for the rest of the afternoon.

Lallana powered in a header from March’s cross to open the second half, but Pope was equal to the effort, turning the ball around the post.

Brighton old boy Dan Burn headed over from a corner in a rare Newcastle chance and then quickly delivered a fine block to deny Danny Welbeck at the other end.

Joel Veltman saw an effort blocked by Burn and then Gross tapped his close-range shot the wrong side of the post.