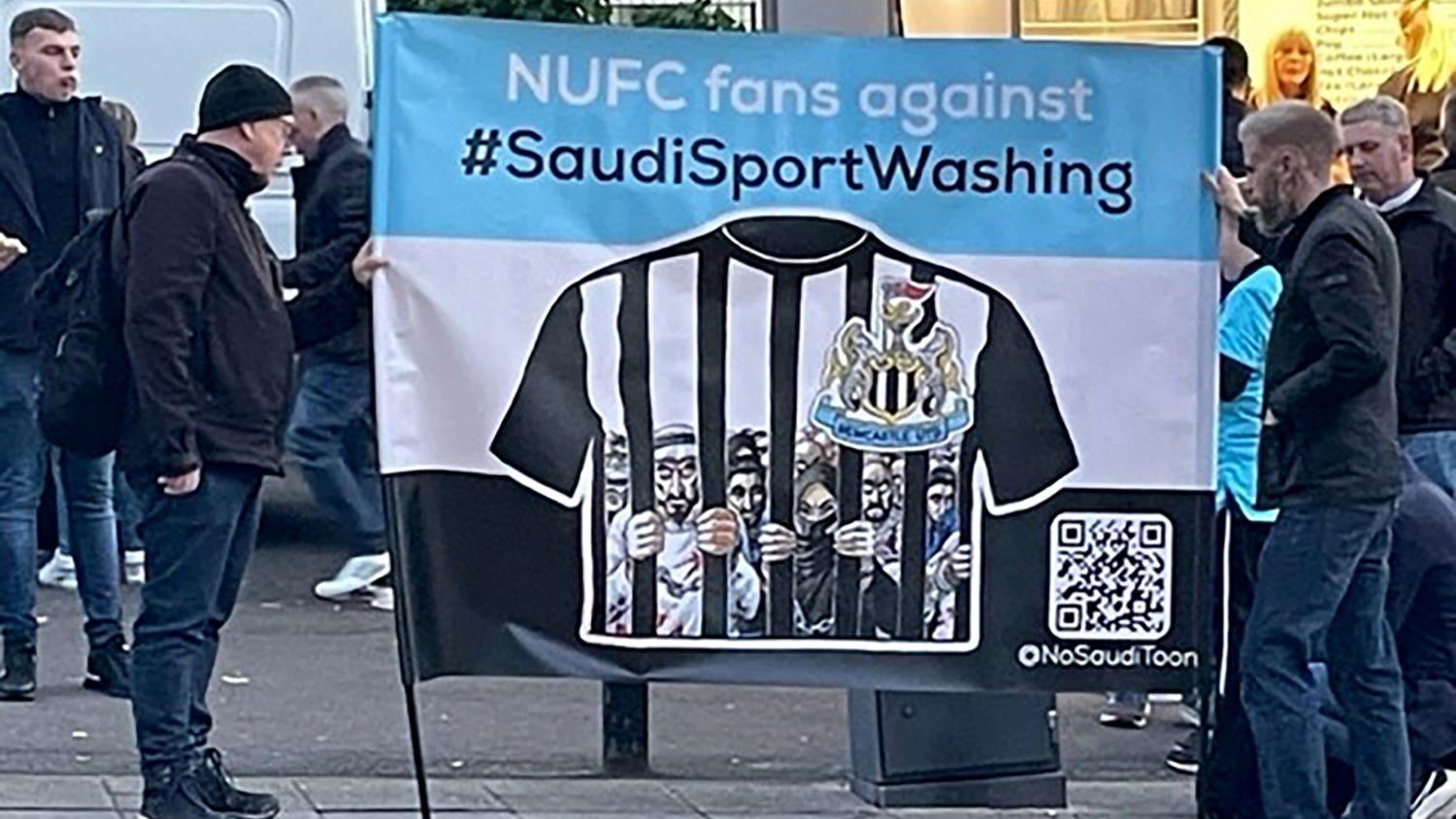 By By Damian Spellman PANovember 12, 2022No Comments

A group of Newcastle fans staged a silent protest against the club’s Saudi owners ahead of Saturday’s Premier League clash with Chelsea.

Members NUFC Fans Against Sportswashing gathered outside St James’ Park ahead of kick-off to voice their concerns over human rights in Saudi Arabia.

The Magpies are 80 per cent owned by the Gulf state’s Public Investment Fund, although the Premier League approved a takeover by the consortium, of which PIF is the majority shareholder, in October last year after receiving assurances of the separation between the club and the state.

A handful of protesters carrying a banner bearing the message “NUFC fans against Saudi Sport Washing” stood at the Gallowgate End of the stadium as spectators flocked towards the turnstiles, some stopping to talk to them, but many passing without comment.

The group has vowed to continue to keep talking about sportswashing – the use of sport to deflect attention from controversial issues – while the owners remain in place.