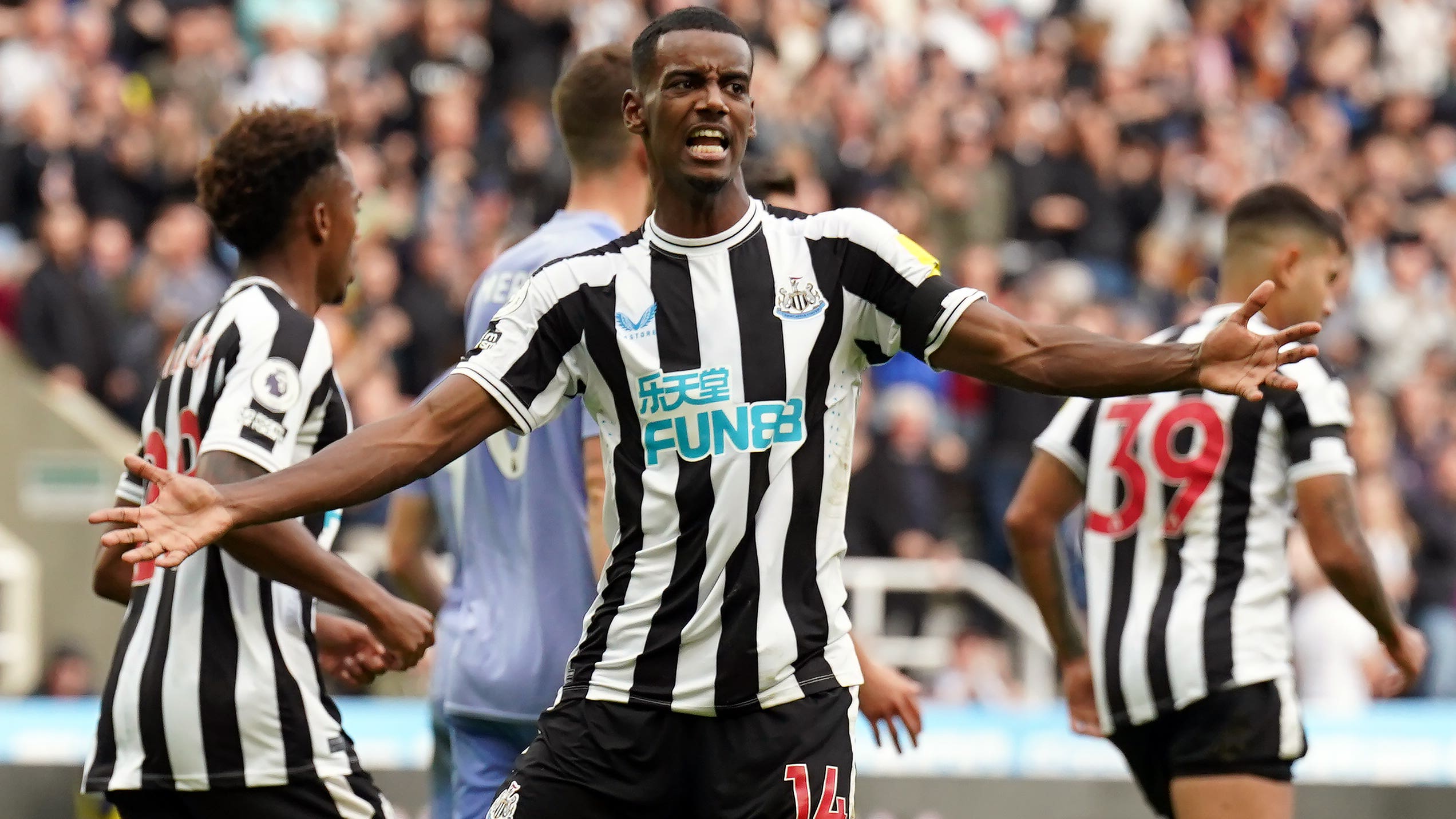 By By Damian Spellman PADecember 23, 2022No Comments

Record signing Alexander Isak will have a major role to play in the second half of Newcastle’s exciting season as he closes in on a return from his injury misery.

The £60million Sweden striker has made only three appearances – and scored in two of them – since his summer switch from Real Sociedad, but has been sidelined since September by a thigh injury picked up on international duty which he subsequently aggravated.

He is now back on the grass and although he is unlikely to be involved in the Magpies’ festive programme, it may not be too much longer before he is able to resume the latest phase of his career.

Head coach Eddie Howe said: “He’s doing well and we’re pleased with him, but he probably won’t make the next couple of Premier League games. We’re hoping he can play a big part in a busy January.

“Alex is out running and he’s kicking a ball. But when you re-injure a part of your body, as he did, we have to be careful.

“We’re listening to the medical team to try to get this next part right because this is the most important bit. He’s nearly there. We just have to make sure that when he steps onto the pitch he is fully ready.

“I don’t want a half-ready player. He has to be ready to execute what we need.”

Isak’s absence has been all the more disappointing for both the 23-year-old and his new club because of the initial impact he made, scoring on his debut at Liverpool in an all-round impressive display and adding a penalty against Bournemouth before injury struck.

Howe said: “I’d say it’s been very difficult for him, without being in his head. I’ve had a feeling of that, going to a new club.

“I moved to Portsmouth and never played really, just two games. I had a lot of emotions running through me, feelings of guilt and letting people down, my body not being able to allow me to execute what I wanted it to.

“Alex will no doubt feel some of those emotions in some degree, so I know that feeling. You want to go and prove yourself at a new club and to new supporters. He just hasn’t been able to do that.

“He scored at home and scored at Liverpool, where he performed brilliantly. There is a very good feeling around him.

“There is just a frustration from a supporter’s side that they haven’t seen more of him because I think they know he’s an outstanding talent.”