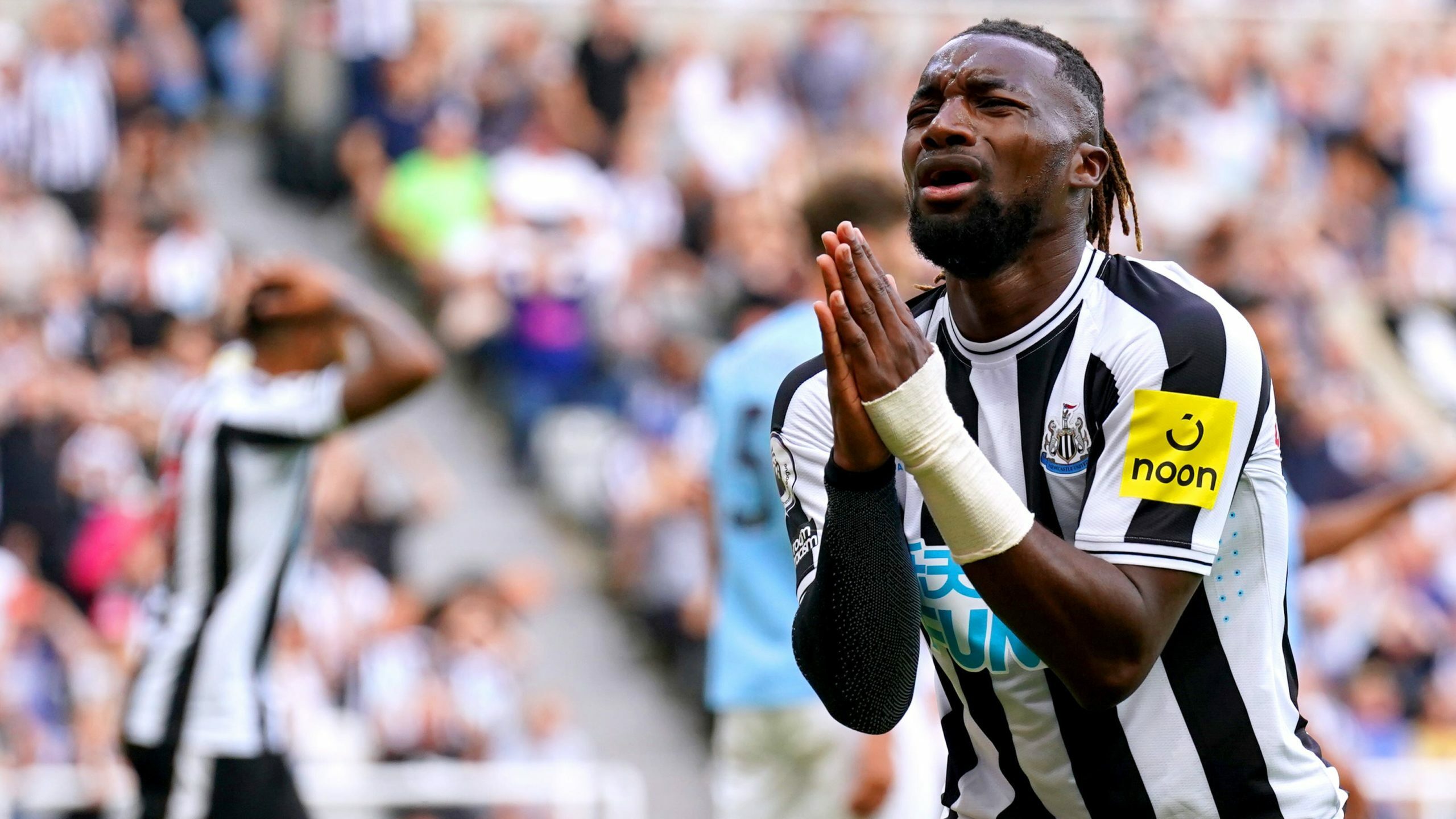 Eddie Howe says Newcastle are crying out for the “magic” of Allan Saint-Maximin after watching his side’s winless Premier League streak stretch to six games following a 1-1 draw with Bournemouth.

Howe pinpointed the Magpies’ lack of threat up front after they were forced to rely on an Alexander Isak penalty to salvage a fifth draw of the season after Philip Billing had fired the Cherries in front.

Saint-Maximin has been laid low by injury since the end of last month and Howe acknowledged how important the Frenchman will be as he continues to step up his progress towards a return some time after the international break.

“I think there’s a massive hole for some like Maxi in a game like today, when you’re playing against a stubborn opponent and you need a bit of magic to unlock the door,” admitted Howe.

“You’re never going to replace Allan so we have to find a different way. I still believe we can win and be a very effective team without him, just very different.

“There’s no one like him in the Premier League, he’s a very unique player and he brings gifts to the team that on a day like today you’re crying out for, but we just have to improve and we have to be better.”

Newcastle failed to make their territorial dominance count in a frustrating first period, although Kieran Tripper and Joelinton both struck the goal frame and Bournemouth keeper Neto saved brilliantly to deny both the Brazilian then Ryan Fraser.

Gary O’Neil’s side threatened to deepen Howe’s woes when Billing pounced on a Jordan Zemura through-ball to slot the opener past Nick Pope just past the hour mark, but Isak levelled within three minutes after VAR ruled a handball against Cherries defender Jefferson Lerma.

Howe senses there could be more frustration to come for his side, as clubs look to dampen the St James’s Park atmosphere by sitting deep and hoping to catch them on the counter-attack.

“It’s not going to be a new problem for us, this will be one that will be there and we are going to have to be better with the ball, more creative and show more patience,” added Howe.

With takeover rumours starting to swirl, O’Neil remained tight-lipped on his own managerial future but the improvement in his side was plain to see as they stretched their unbeaten run under his charge to three games since their 9-0 mauling at Anfield.

O’Neil is set to discover his fate during the international break but he maintained: “I haven’t got any thoughts about myself or my future. I’ll deal with the next game if I’m asked to, and I’ll let the rest take care of itself.”