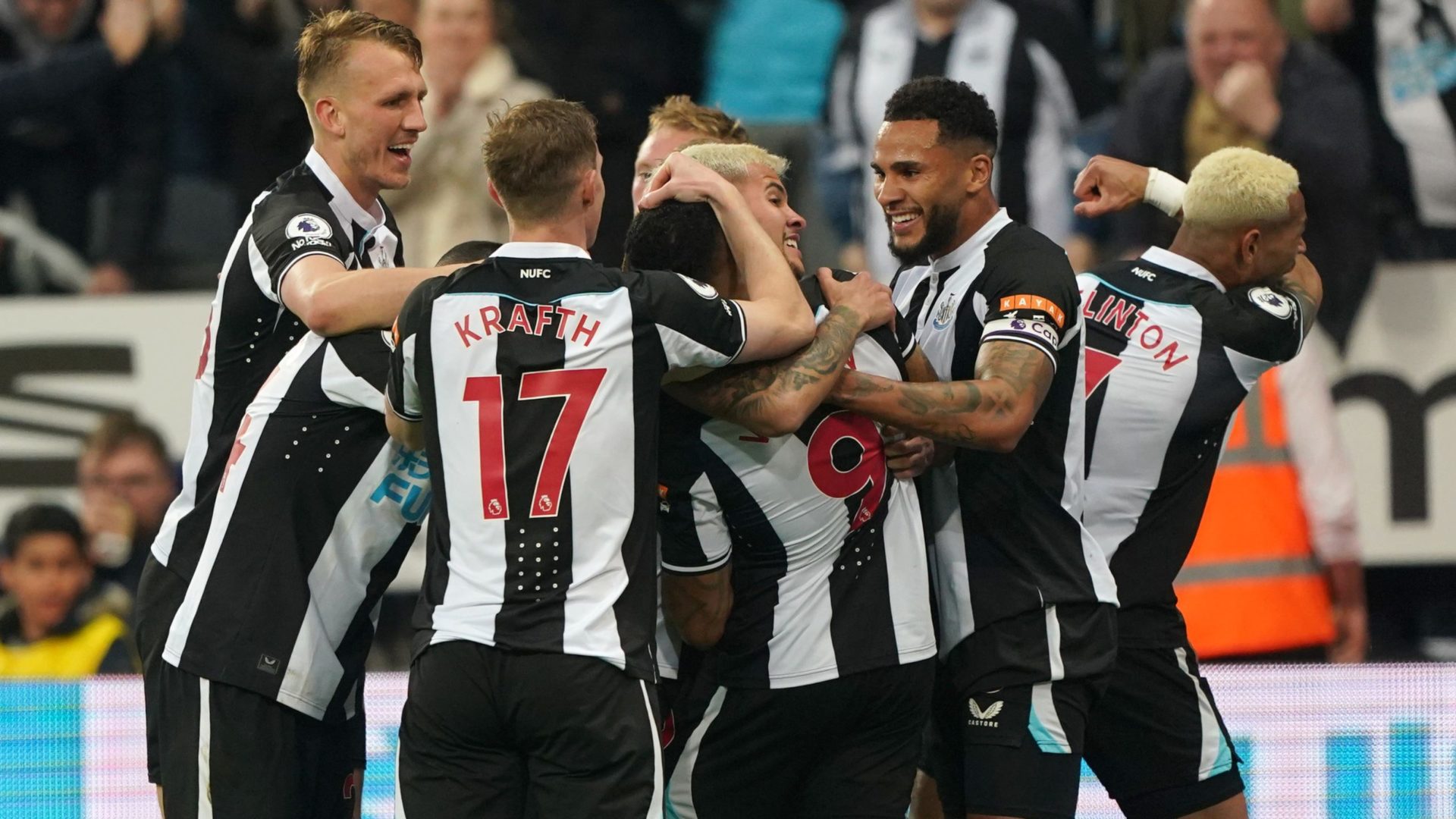 The £35million Brazilian condemned the Gunners to a costly 2-0 defeat with an 85th-minute strike after Ben White’s own goal had put the Magpies ahead in front of a crowd of 52,274.

As a result, Arsenal will go into Sunday’s final round of fixtures two points behind fourth-placed Tottenham and with their fate out of their own hands.

Victory was no more than Eddie Howe’s side deserved as they bounced back from successive defeats to Liverpool and Manchester City to take their tally to 46 points, the most they have collected since returning to the Premier League in 2017.

The visitors were first to threaten when Granit Xhaka raced upfield before feeding Eddie Nketiah, who cut inside from the left, but saw his right-foot shot blocked at source.

Callum Wilson’s pace and the bite provided by Guimaraes and Joelinton in the middle of the field were making life difficult for Arsenal, and White, back in the side after a hamstring injury, had to block a cross from Sean Longstaff and Joelinton’s shot within seconds as the home side pushed for the opening goal.

However, Newcastle defender Dan Burn had to be in the right place at the right time to repel Bukayo Saka’s 21st-minute strike after he had exchanged passes with Martin Odegaard, and the England international saw keeper Martin Dubravka field a second effort with Arsenal turning the tide.

The respite proved purely temporary as the Magpies pinned the visitors back inside their own half once again with Allan Saint-Maximin terrorising Takehiro Tomiyasu, searing past the full-back to force keeper Aaron Ramsdale into a solid 37th-minute save.

Tomiyasu limped off seconds later to be replaced by Cedric Soares and Arsenal made it to the break unscathed.

Odegaard flashed the ball across the Magpies’ penalty area after working a short corner move with Cedric, but the Gunners fell behind with 55 minutes gone.

Saint-Maximin played Joelinton into space down the left and he ran away from Mohamed Elneny before crossing to the near post, where White could only turn the ball into his own net under extreme pressure from Wilson.

Arsenal responded by committing men to the search for an equaliser, but Wilson sent a 63rd-minute snapshot just over from Guimaraes’ floated cross and then saw White make a vital interception to deny him with 18 minutes remaining.

Ramsdale had to palm away Jacob Murphy’s shot after he had collected fellow substitute Ryan Fraser’s return pass following a quick break, but was relieved to see Wilson’s late effort from all of 40 yards drop just wide after sailing over his head.

The keeper dived bravely at Wilson’s feet after Sean Longstaff had slipped the striker in on goal with five minutes remaining, but the rebound fell perfectly for Guimaraes, who needed no second invitation to seal the points.