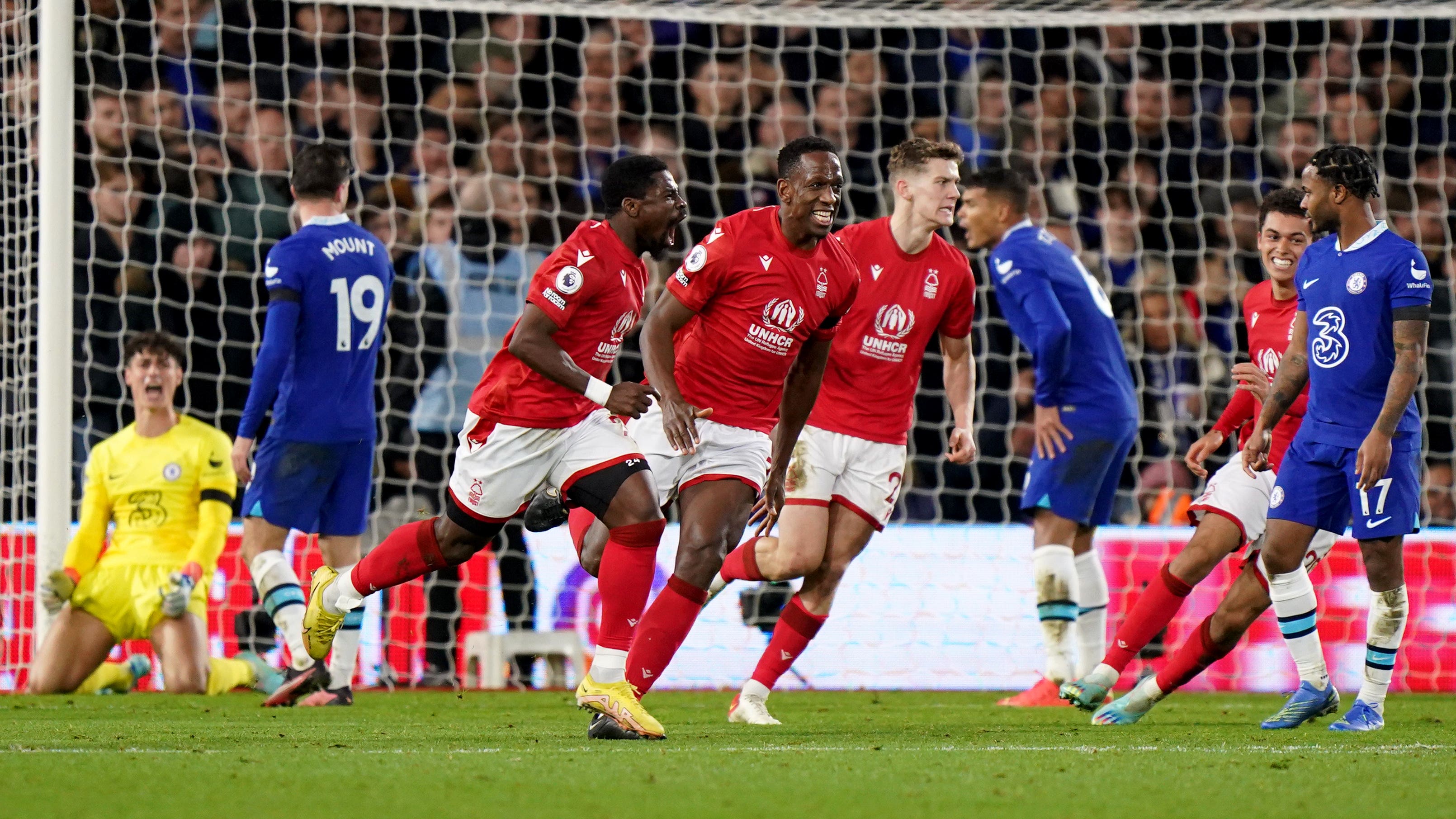 By Press AssociationJanuary 1, 2023No Comments

Nottingham Forest gave their Premier League survival hopes a shot in the arm with a 1-1 draw against Chelsea, whose troubles on the road continued.

Forest had already beaten Liverpool and Tottenham at the City Ground this season and turned in another impressive performance against one of the big boys.

After falling behind to Raheem Sterling’s opener against the run of play, they put in a fine second-half display which was rewarded with Serge Aurier’s equaliser just after the hour.

On the balance of the game, Steve Cooper’s men arguably deserved to win as Morgan Gibbs-White hit the crossbar, but this will give them great encouragement in their bid to beat the drop this season.

Chelsea did at least stop a fourth away defeat in a row but they will require a vast improvement if they are to close the seven-point gap on the top four.

Forest’s impressive performance was soured, though, by alleged homophobic chanting from the Forest fans towards the travelling support.

Having seen off Liverpool in October and Spurs in the Carabao Cup, there was early optimism for another scalp after the way they started as their pace troubled Chelsea.

They forced Kepa Arrizabalaga into two saves as Gibbs-White played Brennan Johnson through on goal but his first shot was well saved by the visiting goalkeeper, with the follow-up effort easier to gather.

Forest were on top when they fell behind in the 16th minute.

Christian Pulisic was allowed too much space to get in a cross, which Willy Boly made a mess of trying to clear and it looped over Dean Henderson and off the crossbar, with Sterling waiting eagerly to fire home the rebound for his first Premier League goal since August.

Despite their lead, Graham Potter’s side were not dominating, though did have the better efforts on goal with Cesar Azpilicueta seeing a deflected effort go just wide, while Pulisic shot straight at Henderson.

Forest started the second half very well and were presented with a fine chance just four minutes in.

Johnson raced clear down the right and a square ball to Taiwo Awoniyi looked the best option, but he instead opted to shoot and Kepa was equal to it with a low save.

They were within inches of levelling five minutes later and it would have been a cracker as Ryan Yates’ cross was met perfectly by Gibbs-White but his first-time effort crashed off the underside of the bar and just to safety.

A deserved leveller came just after the hour from an unlikely source as Aurier scored his first goal since January 2021.

Chelsea failed to clear a corner and the former Tottenham defender controlled Boly’s header with his chest and then lashed home.

Forest will have fancied their chances of going on to find what would have been a deserved winner, but they could not create any more clear-cut opportunities and had to settle for a point which leaves them in the relegation zone on goal difference.