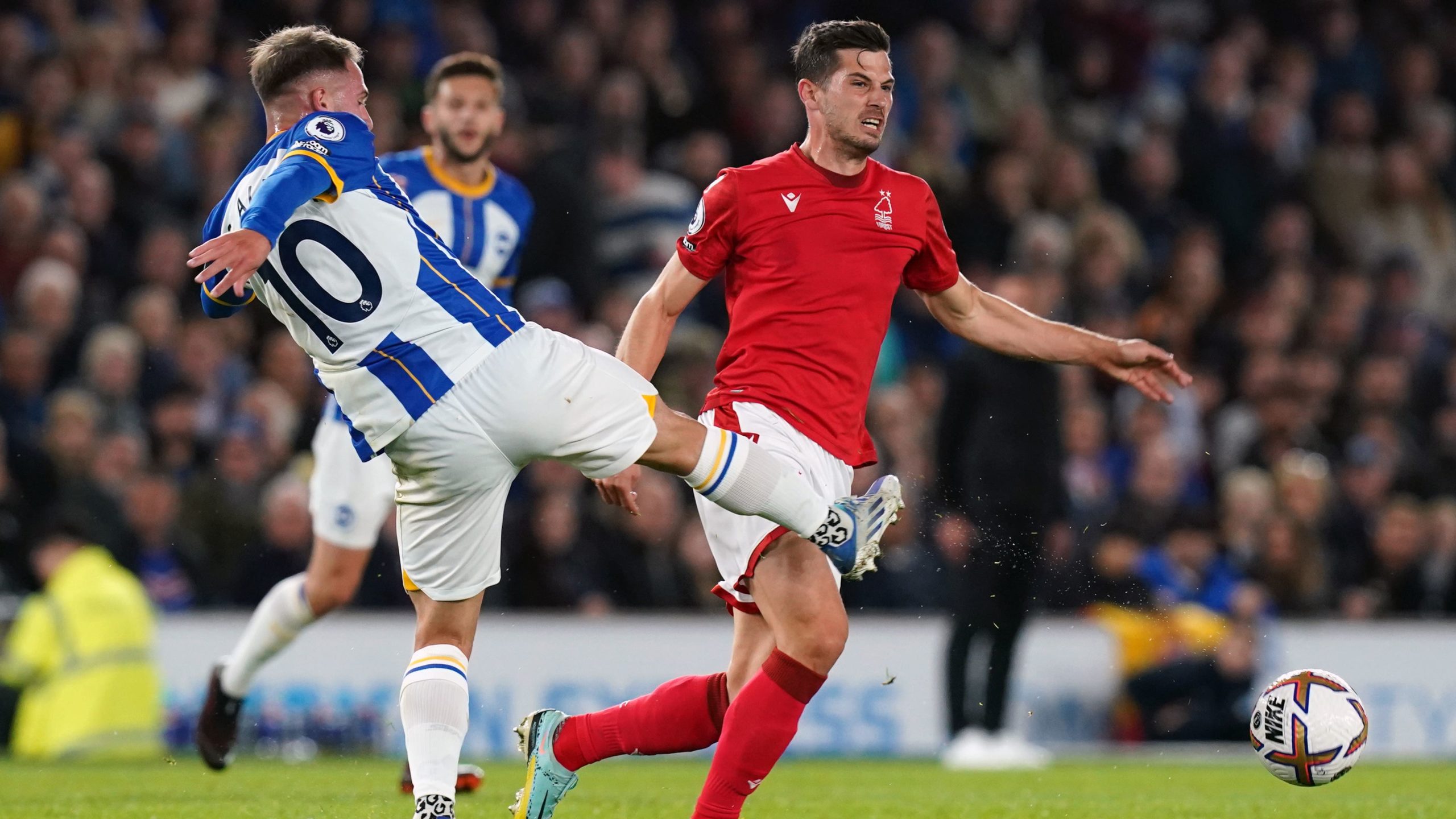 Seagulls forward Leandro Trossard rattled the crossbar in the first half on a frustrating evening for the dominant hosts at the Amex Stadium, while Pascal Gross was denied a late winner by a superb save from visiting goalkeeper Dean Henderson.

Struggling Forest failed to register an effort on target but moved a point and a place above East Midlands rivals Leicester after doggedly digging in to claim only a sixth point of a difficult campaign to date.

Brighton remain seventh having failed to score in three successive games, while they have taken just two points from a possible 12 since the appointment of head coach De Zerbi a month ago.

Profligate Albion managed 19 attempts at goal but, aside from expertly clawing away from Gross nine minutes from time, England World Cup hopeful Henderson was rarely tested.

Forest travelled to Sussex on the back on their worst start to a top-flight season following seven defeats from 10 games after winning promotion from the Sky Bet Championship.

The lowly visitors were pinned back from the outset as Brighton monopolised the ball, patiently probing for a breakthrough in the 100th top-flight fixture staged at the stadium.

Belgium international Trossard went closest in the opening period, smashing a powerful effort against the top of the bar from just inside the 18-yard box in the 31st minute, having earlier been denied by Henderson.

Following a thrilling 3-3 draw at Liverpool in De Zerbi’s first game in charge, the Seagulls had suffered successive defeats without finding the net.

Their Italian boss cut an increasingly frustrated figure on the touchline as a series of chances to break the mini drought came and went.

Forest boss Steven Daniel Cooper, as he was named on the official team sheet, would no doubt have been relieved to reach the break at 0-0, particularly as his side had lost each of their five matches this term when conceding first.

Brighton’s control of the contest swiftly resumed after the restart, albeit the lack of cutting edge also continued.

Albion forward Danny Welbeck shot straight at Henderson and later headed wide, while Brennan Johnson fired a wayward effort out for a throw-in during a rare foray forward from the away side.

Forest were fairly comfortable in their quest to secure a stalemate but still had to survive a scare when Henderson underlined his international credentials with an outstanding, diving stop from Gross’ goal-bound effort.

The first-class intervention led to a smattering of boos from home supporters at full-time as Brighton remain without a victory since Graham Potter’s departure to Chelsea.

Forest, meanwhile, celebrated passionately in front of their vocal away support after securing a hard-fought point ahead of testing clashes with Liverpool and leaders Arsenal.