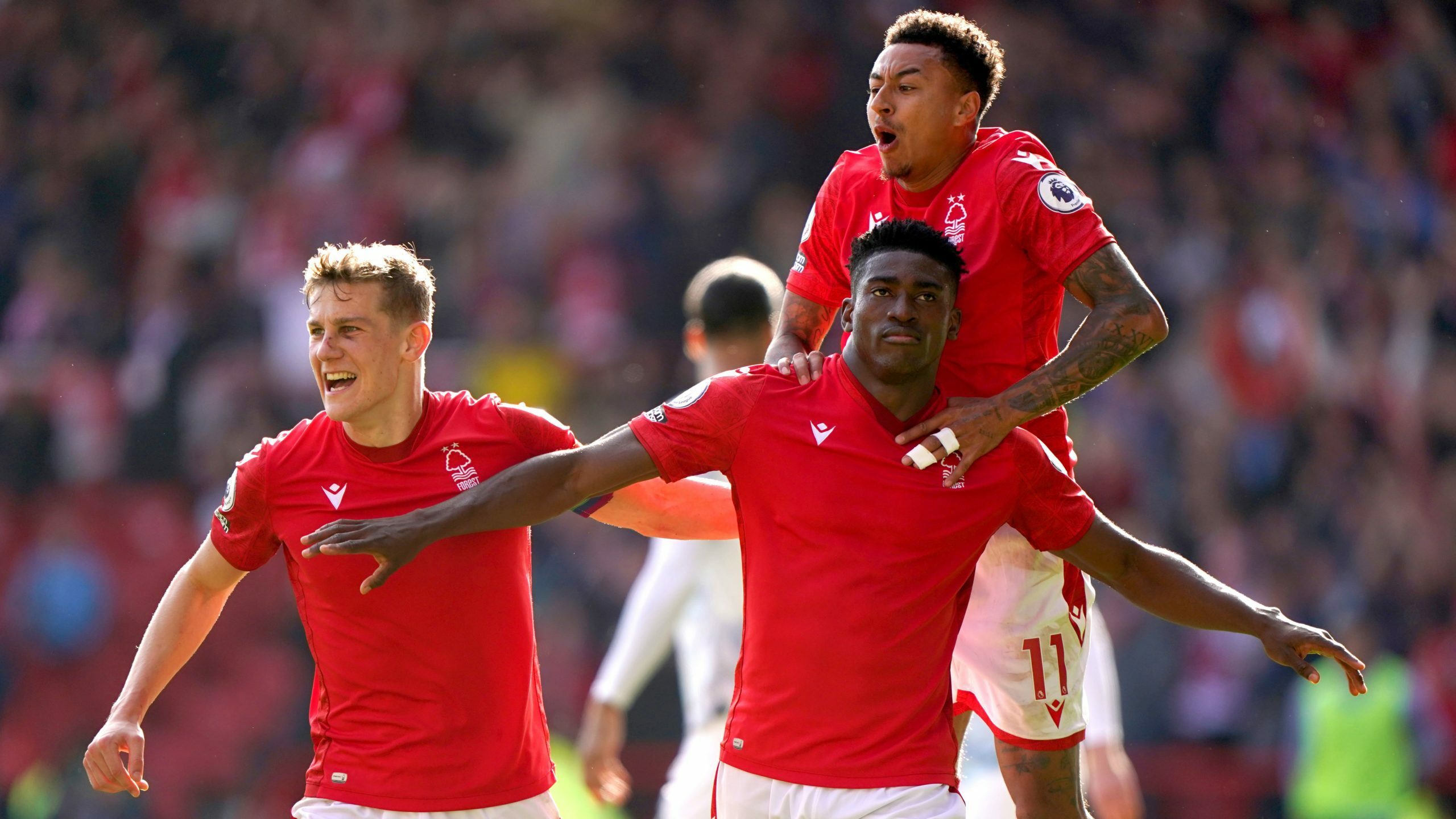 Awoniyi was on the books at Anfield for six years without ever playing for them, but showed Jurgen Klopp what he was all about, securing a famous 1-0 win that lifts Forest off the bottom of the table after his second-half goal.

Forest beat Liverpool at the City Ground in their first ever Premier League match 30 years ago and this victory will be just as memorable as it is their first three points since August and will provide hope that they can make a fist of their return to the big time after picking up just three points from their last 27 available.

This was a thoroughly deserved success born out of aggression, energy and desire that at times Klopp’s men could not handle.

The Reds looked to have turned a corner after wins over Manchester City and West Ham in the past week, but after a Wednesday night to Saturday lunchtime turnaround that Klopp hates so much, this was a setback in their attempts to claw themselves back up the table.

Forest, whose boss Steve Cooper used to coach at Liverpool, had shown up well in games against West Ham and Tottenham at the City Ground earlier this season, but this was their best display since their return to the top flight.

Their high-energy press led to a number of openings on the counter-attack, but the lack of quality at the final moment let them down.

A good break in the 19th minute saw Awoniyi lay the ball back to Cheikhou Kouyate on the edge of the area but the midfielder’s shot was straight at Alisson, who also had to make a save to deny Forest their best moment of the first half when Awoniyi played in Jesse Lingard, but the former England international’s shot went straight at the goalkeeper.

Cooper’s side had disrupted Liverpool’s attacking game with their endeavour and energy but they would have been undone at a set-piece had it not been for some scrambled thinking by Virgil van Dijk eight minutes before the break.

James Milner sent in a second delivery from a recycled corner and, after Van Dijk peeled off his marker at the back post, he opted to put his header across goal towards Roberto Firmino rather than take aim at the goal, which was gaping.

The second half continued in the same vein and Forest were rewarded with the lead in the 55th minute.

A free-kick found Steve Cook on the right-hand side and his fizzed cross was struck against the post by Ryan Yates, but Awoniyi was the right man in the right place to turn the rebound into an empty net.

It would have been two moments later but Milner produced a brilliant goal-saving block to deny Morgan Gibbs-White after more impressive pressing.

The Liverpool onslaught was not as fierce as expected, but Dean Henderson had to produce one top-class save as he palmed away a Trent Alexander-Arnold header in the final 10 minutes.

Forest could have wrapped it up in the 85th minute as Gibbs-White played Yates through, but Alisson produced a brilliant stop with his outstretched arm.

That was topped by an even better save by Henderson in injury time as he got down low to keep out a free Van Dijk header which secured a famous win by the Trent.