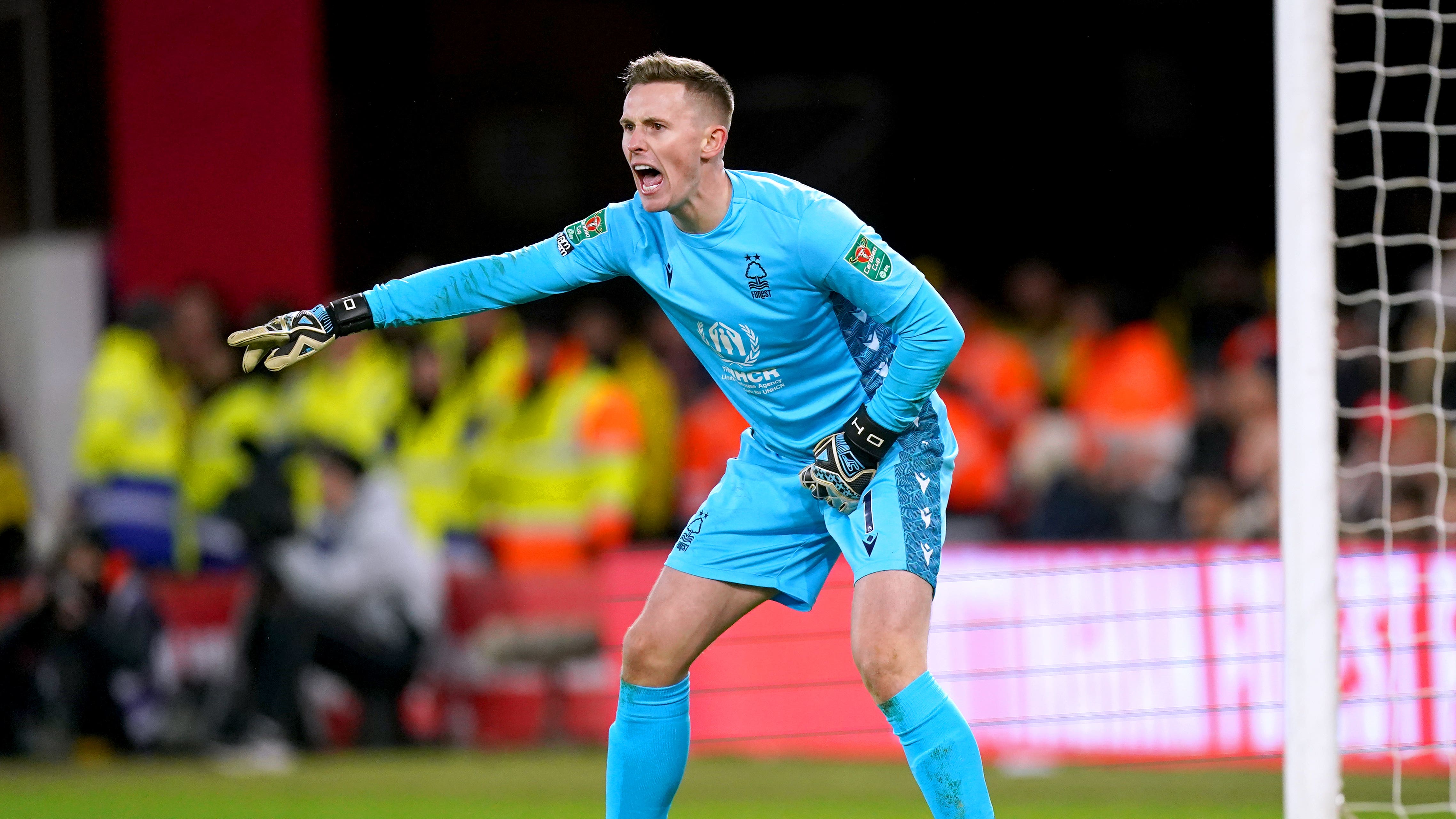 Nottingham Forest face a nervous wait to find out the extent of Dean Henderson’s injury.

The on-loan goalkeeper suffered what looked like a thigh injury when taking a late goal-kick in Saturday’s 2-0 win over Leicester at the City Ground.

He went down for treatment but was forced to carry on playing as even though Forest had not used all five substitutions they had used up all their slots to make changes.

Henderson finished the match on virtually one leg and boss Steve Cooper is fearing the worst.

“I think my first impression is not good,” he said. “But scans will tell more with more clarity in the next day or two so we will have to see how that goes.

“It’s a muscle injury, I think it’s his thigh but I’m not sure.”

A run of 14 points from their last eight games has seen Forest climb out of the relegation zone and, with only half of the season played, they might begin to look up rather than over their shoulders.

However, Cooper, whose side were ninth in the Championship this time last year, does not want to get carried away.

“It sounds like we are at the end of something and we’re not, we’re at the start of something,” he said. “We have just got to have this complete obsession and paranoia of just improving.

“This club has great status in England, great history and values. We have got football soul and we can build on that. Not every club has that but we do and we can represent that in such a good way and today we did.”

In contrast, Leicester are on the slide after a fourth straight Premier League defeat since the resumption after the World Cup.

Boss Brendan Rodgers is desperate for reinforcements this month and fans at the City Ground called out the club’s board with banners and chants in the away end.

One of the accusations was that the board are missing in action, including chairman Aiyawatt ‘Top’ Srivaddhanaprabha.

But Rodgers said: “I don’t have regular conversations with the chairman. When Top’s over, I see him.

“But, the board and the people behind the scenes, they are trying to get in the players we want to help us improve, and I’ve always felt that support. That’s continued.”

Rodgers says he has sympathy with the fans for the club’s current plight.

“It’s very difficult for the supporters,” he said. “They’ve had a great run here over the past few years.

“It’s really difficult for them. They don’t see the progress in the team and the squad from where we’ve been. It’s a challenging one for them.

“I have empathy for the supporters, especially a local derby, when you lose. You have to continue to fight and stay together and show solidarity.

“If we do that and we get some of our players back, that can hopefully bring us back to the level again.”