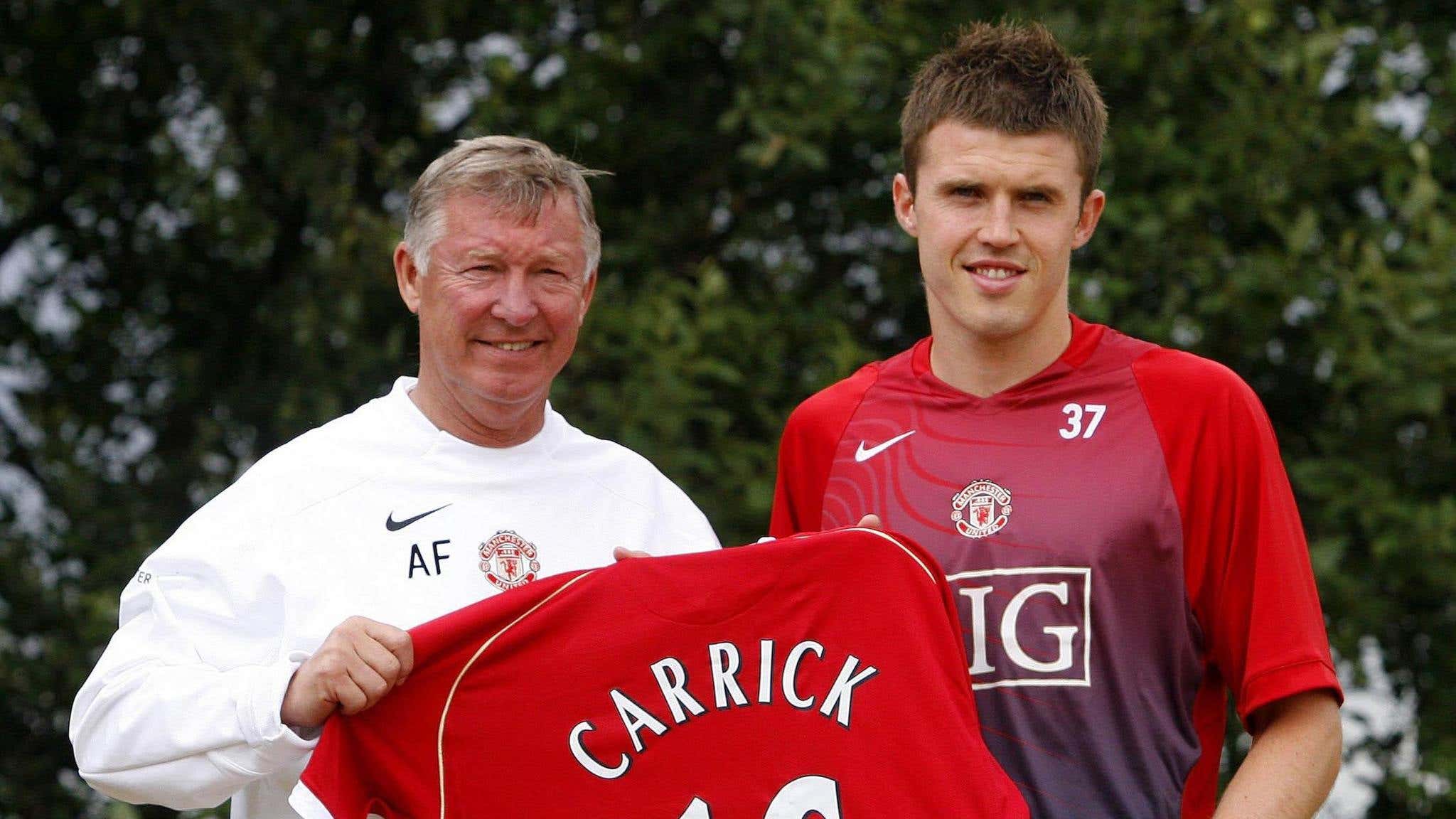 On This Day in 2006: Manchester United sign Michael Carrick

Michael Carrick joined Manchester United from Tottenham on this day in 2006.

United paid £18.6million for the then 25-year-old England midfielder, who went on to spend the rest of his playing career at Old Trafford and make 464 appearances for the club.

He arrived at United a year after the departure of Roy Keane and inherited the Irishman’s old number 16 shirt.

At the time he was the sixth most expensive player in United’s history but the deal only came to fruition after protracted negotiations with Spurs, who held out for a price close to their £20million valuation.

“I spoke to him today. I said to him, ‘I’m giving you the number 16 jersey’ so he was delighted at that.”

Spurs had hoped to keep Carrick but the fee ensured they made a handsome profit on a player they signed for £2.75million two years previously.

“This is a move Michael wants to make,” said Spurs boss Martin Jol. “We have given him every reason to stay but he has asked to be allowed to leave.”

Carrick joined the United coaching staff under then manager Jose Mourinho after hanging up his boots at the end of the 2017-18 campaign. He continued under Ole Gunnar Solskjaer and had a brief spell as caretaker manager after the Norwegian was sacked last season.

He left the club after the appointment of Ralf Rangnick as interim manager last December.