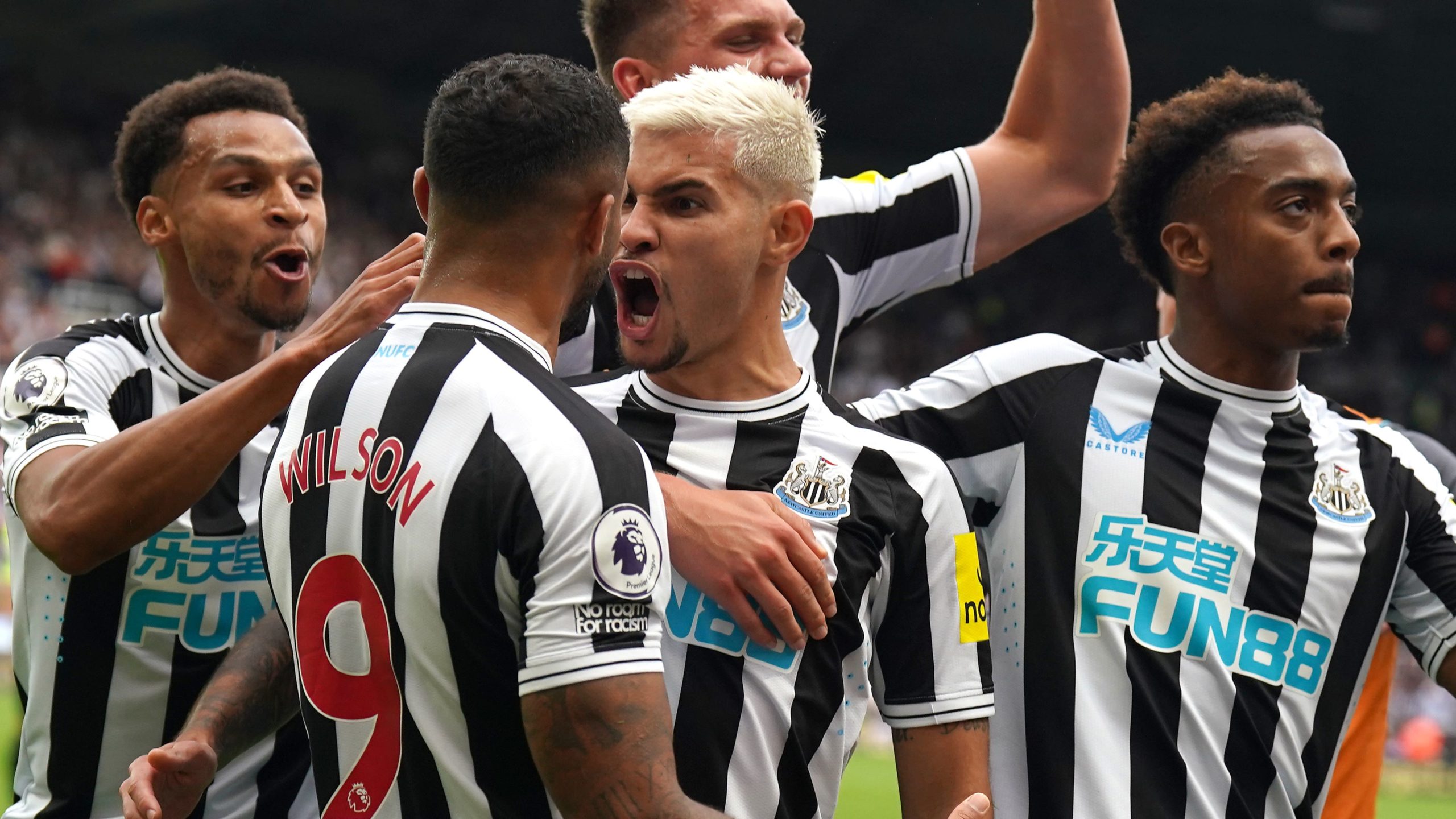 By By Damian Spellman PAOctober 9, 2022No Comments

Expectant father Bruno Guimaraes enjoyed one of the best days of his life to date as Newcastle routed Brentford.

The 24-year-old Brazil international struck with a first-half header and then added a second from distance to help the Magpies to a 5-1 victory at St James’ Park, their biggest yet under head coach Eddie Howe.

Guimaraes later revealed he has bigger things on his mind over the next few days, but was thrilled to have played his part in such an emphatic win.

He said: “It’s one of the best days of my life. To score two goals, which are my first of the season, and Eddie Howe joked with me I wasn’t so good with the head.

“My second goal made me really happy. It’s difficult to speak about best moments, but this was special.

“My whole family were in the stadium, my son will be born in the next week, so it was important for me. I’m so grateful. It is one of the best days of my life.”

Guimaraes’ efforts inspired the Magpies to back-to-back wins for the first time this season and lifted them into fifth place in the Premier League.

It might have proved a significantly more testing afternoon had Bryan Mbeumo’s 10th-minute strike not been ruled out for offside following a VAR review, but ultimately Newcastle punished the visitors for an error-strewn display.

The Bees left Guimaraes unmarked as he headed the home side into a 22nd-minute lead, and they contributed to their own downfall once again six minutes later when Callum Wilson picked off keeper David Raya’s pass and squared for Jacob Murphy.

Former Magpie Ivan Toney pulled one back from the spot after Dan Burn had been penalised for handball, but Guimaraes’ long-range drive restored order before Miguel Almiron capitalised on an error from defender Ethan Pinnock, who then capped a disappointing end to his afternoon with an own goal.

The manner of the performance left the home crowd delighted, but neither Howe nor his players are taking anything for granted.

Guimaraes said: “It’s nice, but it is just the beginning. It’s so early to speak about it.

“We must think about it game by game. It is nice, but we need to keep it going.”

While in no mood to complain about his side’s disallowed goal, Brentford boss Thomas Frank was left to wonder what might have been.

Frank said: “I’m a big believer if you lose 5-1, never, ever complain about a disallowed goal. I think that is pathetic if you do that as a player or a coach.

“That said, I understand where you’re coming from because the first goal in a game means a lot and I saw a stat before the game – and it literally popped into my head when we scored – 13 times we went in front in the Premier League and we won 11 of them and drew the last two.

“I’ve looked back on it and I agree with the decision, actually, I think there’s offside.”