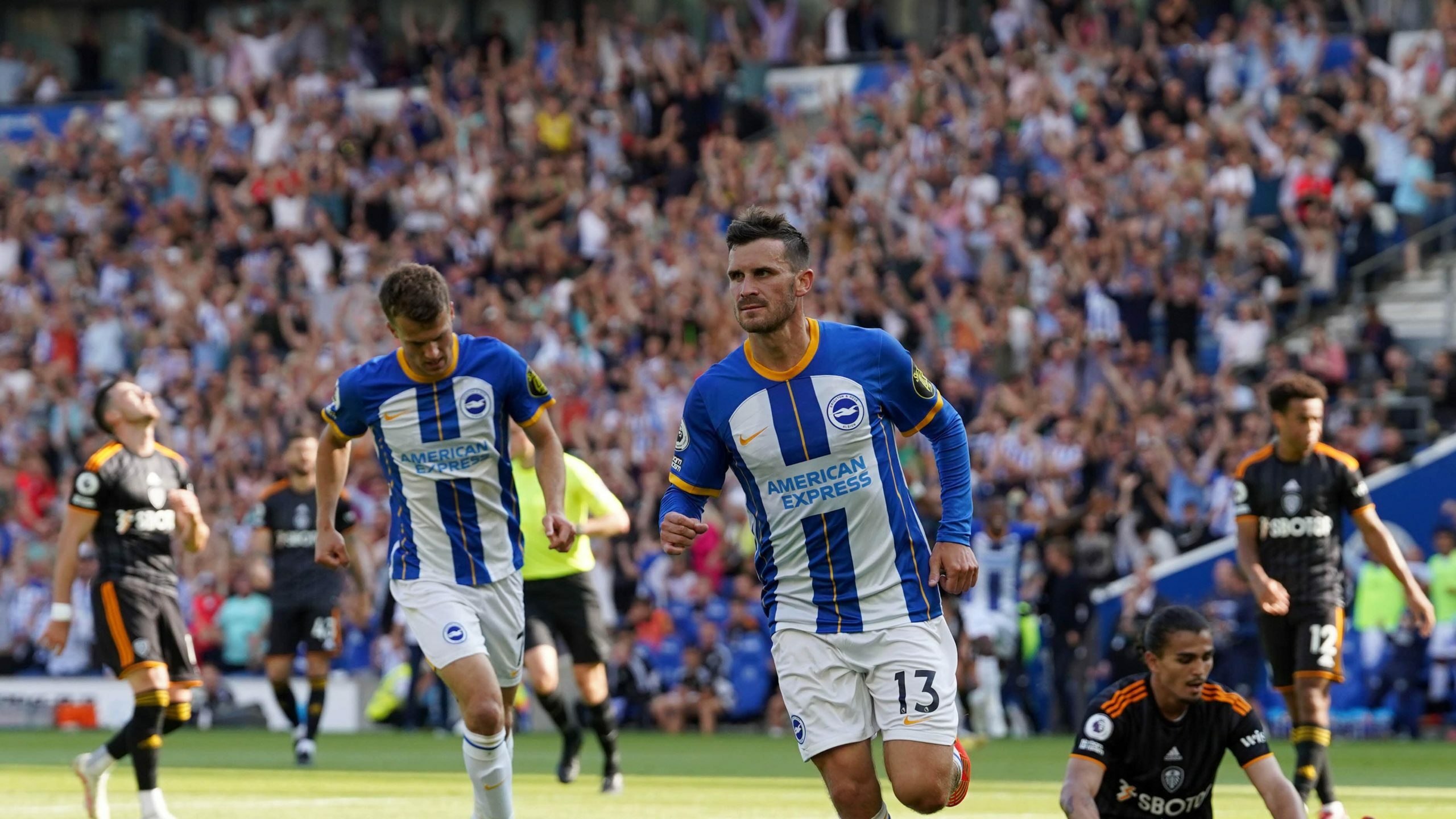 Albion squandered a host of chances at the Amex Stadium before Gross coolly claimed his third goal of the season in the 66th minute.

Leeds were second best for much of a frustrating afternoon in which manager Jesse Marsch was shown a second-half yellow card following persistent petulant touchline behaviour.

The American, who was animated all afternoon, slammed the ball into the turf after his side were awarded a free-kick and then sarcastically applauded referee Michael Salisbury.

Substitute Luis Sinisterra wasted a golden chance for the visitors by diverting wide of an unguarded goal prior to the Seagulls’ winner, before Diego Llorente headed narrowly off target late on as their unbeaten start came to an end.

Brighton handed a full debut to Ecuador left-back Pervis Estupinan in place of the injured Adam Lallana, while Leeds boss Marsch stuck with the team which began last weekend’s thumping 3-0 win over Chelsea.

Marsch was extremely energetic for most of the afternoon, regularly leaving his technical area and, at times, angrily berating the officials, prompting a ticking off from fourth official James Linington and complaints from the home bench.

He was particularly vexed by a string of free-kicks awarded against his team, one of which should have led to a 16th-minute opener for Albion.

Gross delivered a delightful set-piece from wide on the right but unmarked centre-back Adam Webster somehow headed wide from the edge of the six-yard box.

Marsch’s bizarre conduct continued to be a significant source of entertainment, perhaps as an attempt to distract from Albion’s growing dominance.

Leandro Trossard fired over following a Gross corner, Solly March thumped straight at Illan Meslier and Webster was again off target when well placed, while Leeds – who had Pascal Struijk, Marc Roca and Brenden Aaronson booked for cynical challenges – failed to threaten before the break.

The West Yorkshire club enjoyed greater possession just after the restart but were almost caught out on the counter-attack.

March was sent racing through on goal by a sensational first-time volleyed pass from Gross but then wastefully stabbed into Meslier’s midriff.

Marsch was initially much more restrained in the second period, although he almost had reason for an outpouring of emotion just after the hour mark as Sinisterra threatened an immediate impact.

Fine work from Aaronson resulted in Estupinan inadvertently diverting the ball across his own area as he attempted to atone for conceding possession but sliding Colombia forward Sinisterra could not find the gaping goal as he collided with the post.

Trossard, who had been profligate earlier in the match, opened up the visitors’ defence and Gross continued his fine start to the new campaign by calmly slotting into the bottom left corner.

The officials then finally lost patience with Marsch – the only surprises being it took so long and that, given his contemptuous clapping, the colour of the card was not different.

Brighton rode their luck at times in the closing stages but, despite Leeds defender Llorente going dangerously close eight minutes from time, they heled on for a merited victory which extends their fine form.