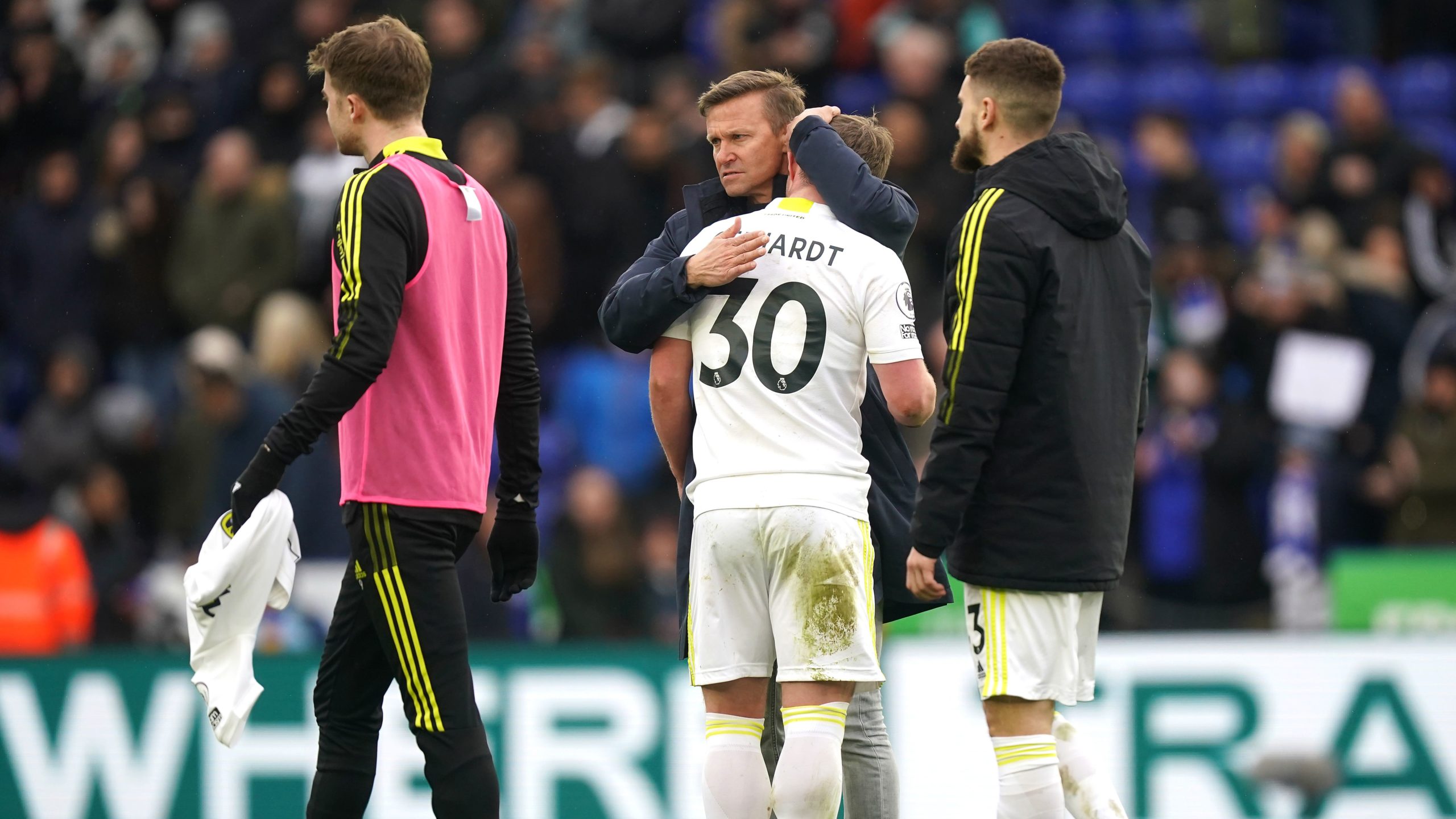 The pair have rarely featured together for Leeds and have never appeared in the same starting line-up.

That could soon change after Rodrigo’s injury in midweek prompted head coach Jesse Marsch to consider accommodating both players from the kick-off.

Marsch said: “We’ll have to make that decision, but we could start with both Joffy (Gelhardt) and Patrick, it’s something we are speaking about.

“Joffy has played mostly striker here, but if you were to talk to him he’s more comfortable coming away from defenders and being more underneath than being on the last line.

“In that sense, if you play with two strikers and Patrick drifts more on the last line, he (Gelhardt) drifts more underneath and is ready for some later runs.

“Patrick’s ready at the right time to come underneath, we can create some tactical clarity and ease for them to play together. I think there will be times we do that.”

Due to injury, team formation and tactical decisions under Marsch and predecessor Marcelo Bielsa, Leeds fans have debated if Bamford and Gelhardt would ever be unleashed in tandem.

Rodrigo could be sidelined for up to six weeks after dislocating a shoulder in Tuesday night’s 1-1 home draw against Everton, while Bamford is hoping to put his injury woes behind him after recovering from a groin problem.

Despite not yet forging an on-field partnership, Bamford and younger team-mate Gelhardt have gelled off the pitch.

“First of all, they have a really good relationship,” Marsch said. “Patrick has really taken Joffy under his wing and tried to help mentor him in a way to help him grow and to be a really good striker.

“Obviously as the leader I love seeing that. I think Joffy loves it too.

“At one point, when Patrick was hurt last year, I think before the Brentford game, Patrick had Covid and he sent Joffy a to-do list, almost of things that he should be thinking about in the match.

“That’s what I want. I want to leave room for leadership and I want these guys to believe they have a big role in developing the team.”

Leeds secured Premier League survival at Brentford on the final day last season, but Marsch is expecting a tougher challenge.

“Not that they had a bad performance that day, but clearly their season was over,” he added. “They weren’t totally focused on exactly what the game required, whereas this time they certainly will be.”