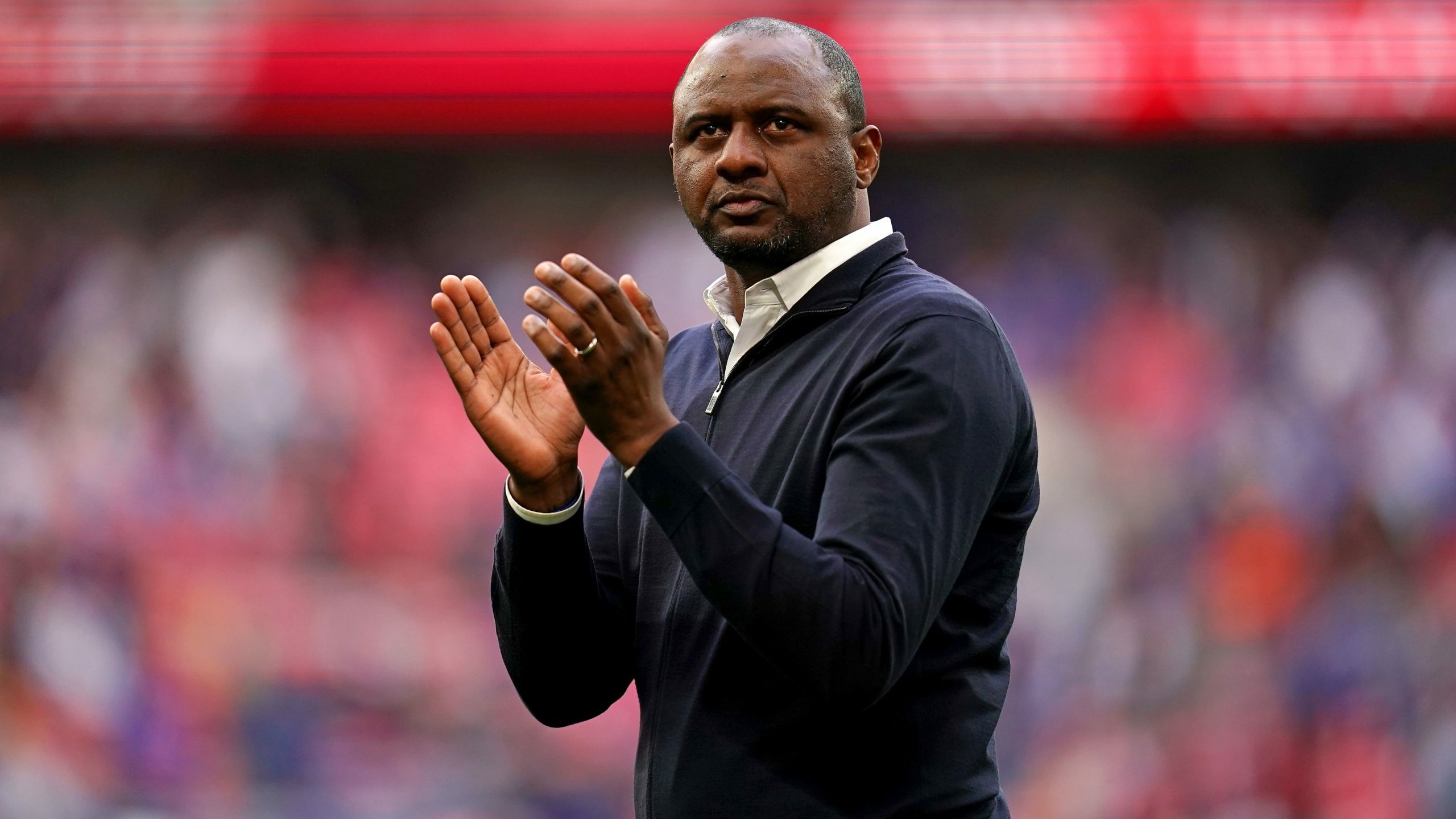 Patrick Vieira accepts Crystal Palace will have to “suffer” to extend their impressive record against Premier League champions Manchester City on Saturday.

City have lost just two of their last 54 Premier League games played at 3pm on Saturdays, both times hosting Palace.

Despite that record, said the Eagles boss, his side still faces an uphill battle against Pep Guardiola’s men.

“We know the challenge, how tough it is to go there and get a result,” said former City midfielder Vieira.

“We have nothing to lose. We will go there with the same kind of mindset, prepare to suffer and get ready for those chances we create and we will have to take them.

“[Last season’s result] is a positive memory but the game is gone and we need to have this kind of performance again.

“The challenge is ‘can we repeat this kind of performance?’. There’s no doubt about the quality individually and collectively. This is one of the best teams in the world, the result will be down to how well can we play together.”

Wilfried Zaha is off to a flying start this season, netting three times in three appearances after achieving a career-best 14 goals last campaign.

Vieira experimented with his formation in their 1-1 draw with Liverpool two weeks ago, opting for a 5-4-1 at Anfield, and could do so again on Saturday.

The Ivory Coast international’s performance so far this season has reignited the transfer rumour mill, but his boss was not willing to entertain any speculation and stated talks between the club and Zaha were strictly limited to what happens on the pitch.

Vieira said: “He’s been fantastic since I’ve been in the football club on and off the field. I think he’s taken responsibility, he’s a mature player, he’s working every single day to try to improve, and he’s been doing well for us.

“Last year when I came over there was a lot of speculation about him, and I think you’re always going to have this conversation in the window because of the quality of player he is, so we just have to deal with it.

“We started the season really well, he wanted to do really well and I see him every day in training. When the team is playing well obviously he is one of the talented players who is always going to shine.

“We are talking about how we want to play the game and how he can improve his goalscoring and do well for the squad and for the team. He is an important player on and off the field.

“I think you can see the love that the fans show him every week. He came through the system, he loves being at this football club, and there is no reason why that should change.”