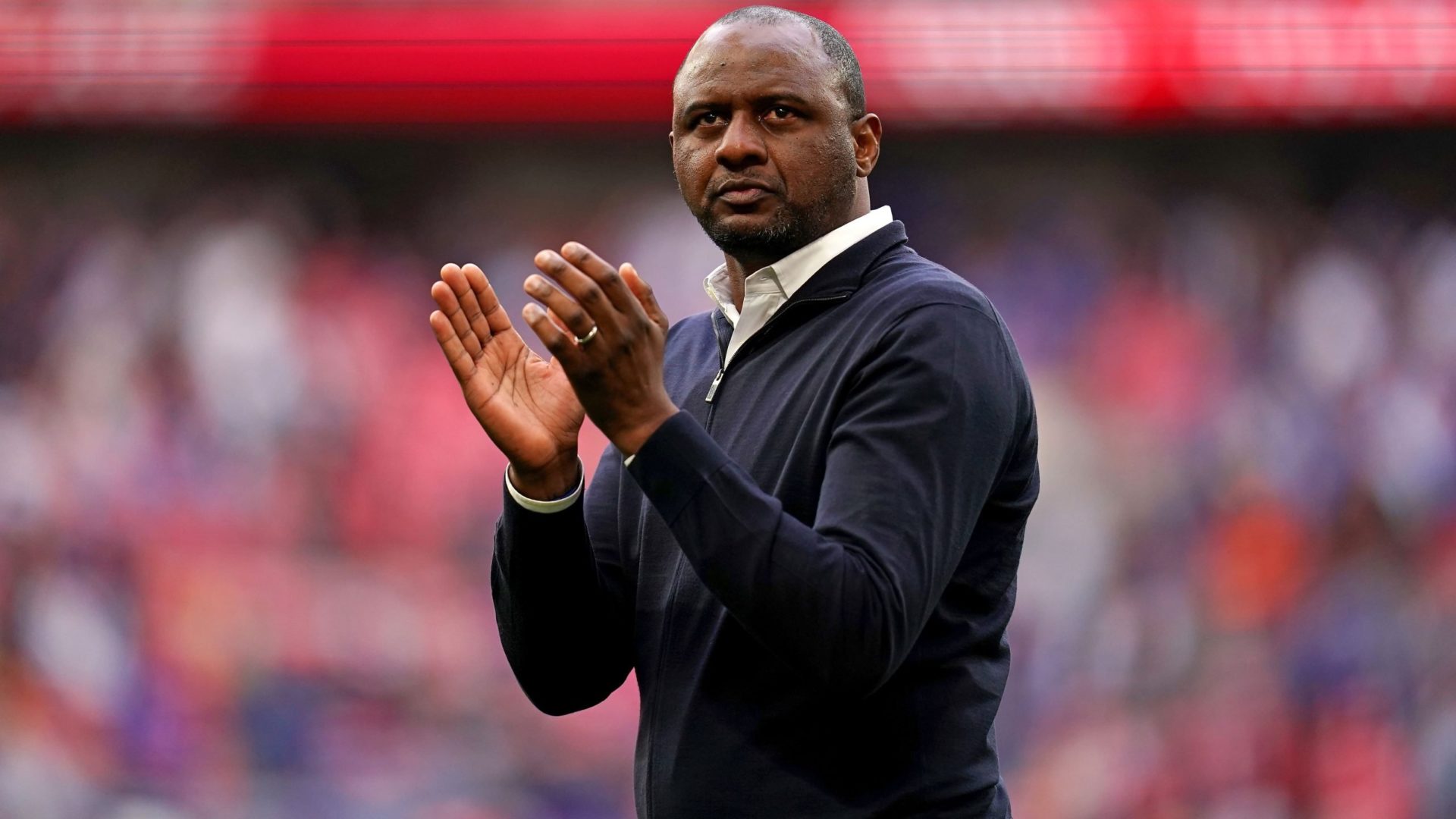 Patrick Vieira: Crystal Palace are against all kinds of discrimination

Patrick Vieira has played down the support Cheikhou Kouyate has given to Paris St Germain midfielder Idrissa Gueye and insisted Crystal Palace are against all kinds of discrimination.

Gueye failed to feature in PSG’s 4-0 win over Montpellier on Saturday, which was the weekend Ligue 1 had chosen for its clubs to show solidarity ahead of International Day Against Homophobia, Biphobia and Transphobia this week.

The French side wore rainbow coloured-numbers to show their support for the LGBTQ+ community, but Gueye was absent for “personal reasons” having also missed the corresponding fixture last year.

Gueye was criticised and it occurred in a week where Blackpool’s Jake Daniels came out as the first active gay footballer in England.

Kouyate and Senegal team-mate Ismaila Sarr have both since sent messages of support to their international colleague Gueye on social media.

But Vieira, speaking ahead of Thursday’s trip to Everton, said: “Do you know what the support was? No, I can’t tell you because I don’t know.

“He (Gueye) refused to wear a certain shirt? Did he or Paris St Germain make a statement?

“People are assuming so before we get into conclusions, we have to be sure about what we are talking about before creating something really negative.

“Obviously what is clear from myself and the football club is we are supporting Jake and we are fighting against any kind of discrimination.”

Daniels, 17, announced his news on Monday and in the process became the first Briton in the men’s professional game to come out publicly as gay since Justin Fashanu in 1990.

While Vieira believes it shows the improvements being made for equality in football, he was clear there remains work to do.

He added: “I think it takes a lot of courage to come out and express himself.

“I think the support he received so far in football and in general has been really positive and it shows that the world is improving. I think it is good and if that can be a positive example, that is good.

“Football is no different to our society. I believe we are in a better place compared to 30 years ago and it is always difficult to just put football inside a box because football is a reflection of our society.

“I believe football is in a better place even if I believe there is a still lot of work to do.”

For Palace on the pitch they can still achieve a record points total in the Premier League and also claim their highest-ever finish.

The Eagles need five more points to reach 50 for the first time in the Premier League and ninth would represent a best ever placing at this level, since the competition was formed in 1992.

Vieira said: “Yes, (top-10) is the challenge and there is the possibility to go over 49 points, which is a target for us.

“Again what I was really pleased with against (Aston) Villa was the performance. When you get to the end of the season you always do less and get into the comfort zone.

“The challenge for us was to keep competing until the last game of the season and I was really pleased with the attitude the players had on the pitch.

“We competed well, we fought and we played some really good football at times, so that made me happy.”