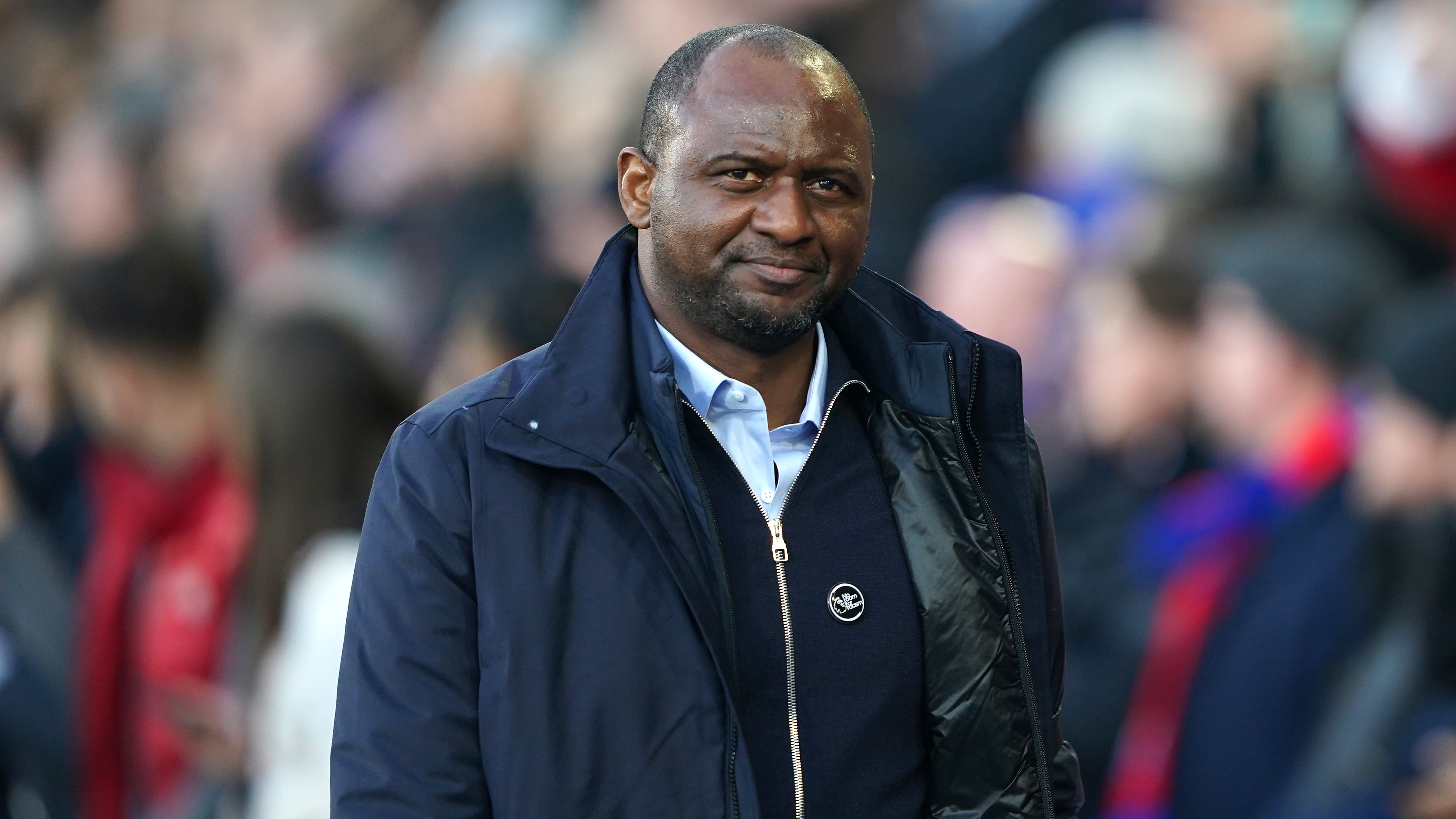 Crystal Palace boss Patrick Vieira has demanded a battling response from his players in Saturday’s Premier League game at Bournemouth.

Vieira said Palace went down without a fight on Boxing Day as they lost 3-0 at home to Fulham after Tyrick Mitchell and James Tomkins had both been sent off.

Vieira described that London derby defeat as “one of his worst days” in charge of the club and has urged his side to put it right.

The former Arsenal midfielder told a press conference: “The quality has to be better, but I think the (Fulham) game will remind ourselves about the other side of the game.

“What we do when we don’t have the ball, how we win the second ball, where you put your head when other players are putting their feet.

“This competitiveness we had in other games, we need to get it back straight away.”

Vieira, whose side sit 11th in the table, six points clear of the bottom three, said the Fulham defeat “showed we are still a long way away” and urged his players to be braver on and off the ball.

“There are a lot of aspects of the game we need to cover, but first of all it’s competitiveness,” he said.

“It happened during the (Fulham) game where you are going through a difficult period and you have to compete and try to win the second ball and we didn’t do it enough.

“We weren’t brave enough to play going forward, we played going backwards and that has to change. We have to believe more in ourselves, more in what we are trying to do.”

Palace have slipped to back-to-back defeats after losing narrowly at Nottingham Forest before the World Cup break and are bidding to avoid three straight top-flight losses for the first time since December 2021.

Vieira added: “We still have a lot to improve on and off the field. It’s important for us to understand where we are and how competitive this league is.

“If we want to improve, we have to make the right decision to help the team be more competitive. We’ve had some really good performances, but (Fulham) wasn’t one of them.”

Palace will be without the suspended Mitchell and Tomkins for the trip to the south coast, but fellow defender Marc Guehi is available after his one-game ban.