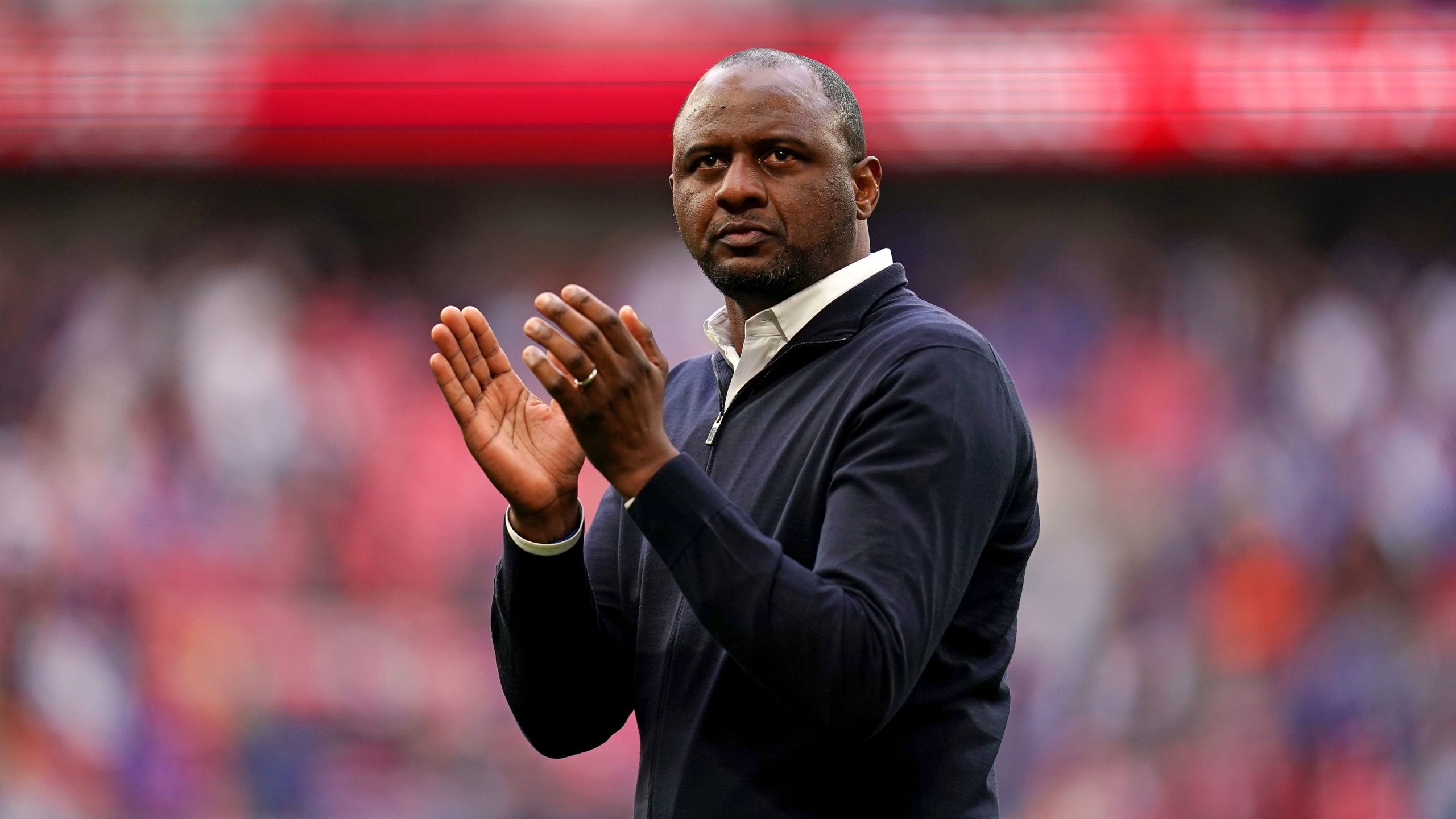 Crystal Palace boss Patrick Vieira is hoping the closure of the summer transfer window will concentrate minds as he prepares for the battle ahead with star man Wilfried Zaha still on board.

As ever, the talented Ivory Coast international was repeatedly linked with a move away from Selhurst Park before Thursday’s deadline, with Chelsea and Arsenal touted as possible destinations, but the 29-year-old will be among the Eagles squad which runs out at Newcastle in the Premier League on Saturday.

While retaining Zaha’s services, Vieira has drafted in four men – Malcolm Ebiowei, Sam Johnstone, Cheick Doucoure and Chris Richards – and although he has suggested other targets got away, he has professed himself happy with the club’s business.

“As a football club, we had a clear idea about what we wanted, the profile of players we wanted to bring.

“We’ve been clear about not bringing in players to make numbers. I said from the opening day I was happy with the group we have.

“You identify players, discuss with clubs and see if they are prepared to let players go. Some will say yes and some will say no, but it’s not easy to bring players.

“People can get really frustrated when you see the money spent in the Premier League, but you need to understand who we are as a football club. We work our best, try hard to bring players because we always want to improve the squad.

“If you don’t find that player, for whatever reason, you have to move on. I believe we have enough in house to be competitive.”

Keeping Zaha, however, could prove to be the most important achievement of Palace’s summer, with the frontman having scored four times in his last three appearances to underline his enduring potency.

Vieira said: “It’s about him feeling comfortable on the field and the quality is there for him to score those goals.”

Midfielder Will Hughes could make the trip to Tyneside after returning to training following the knock which kept him out of Tuesday evening’s 1-1 home draw with Brentford.

Like the big-spending Magpies, Palace have already faced last season’s top two Manchester City and Liverpool and come away with a just single point, but will run out at St James’ Park having won on two of their last four league visits.