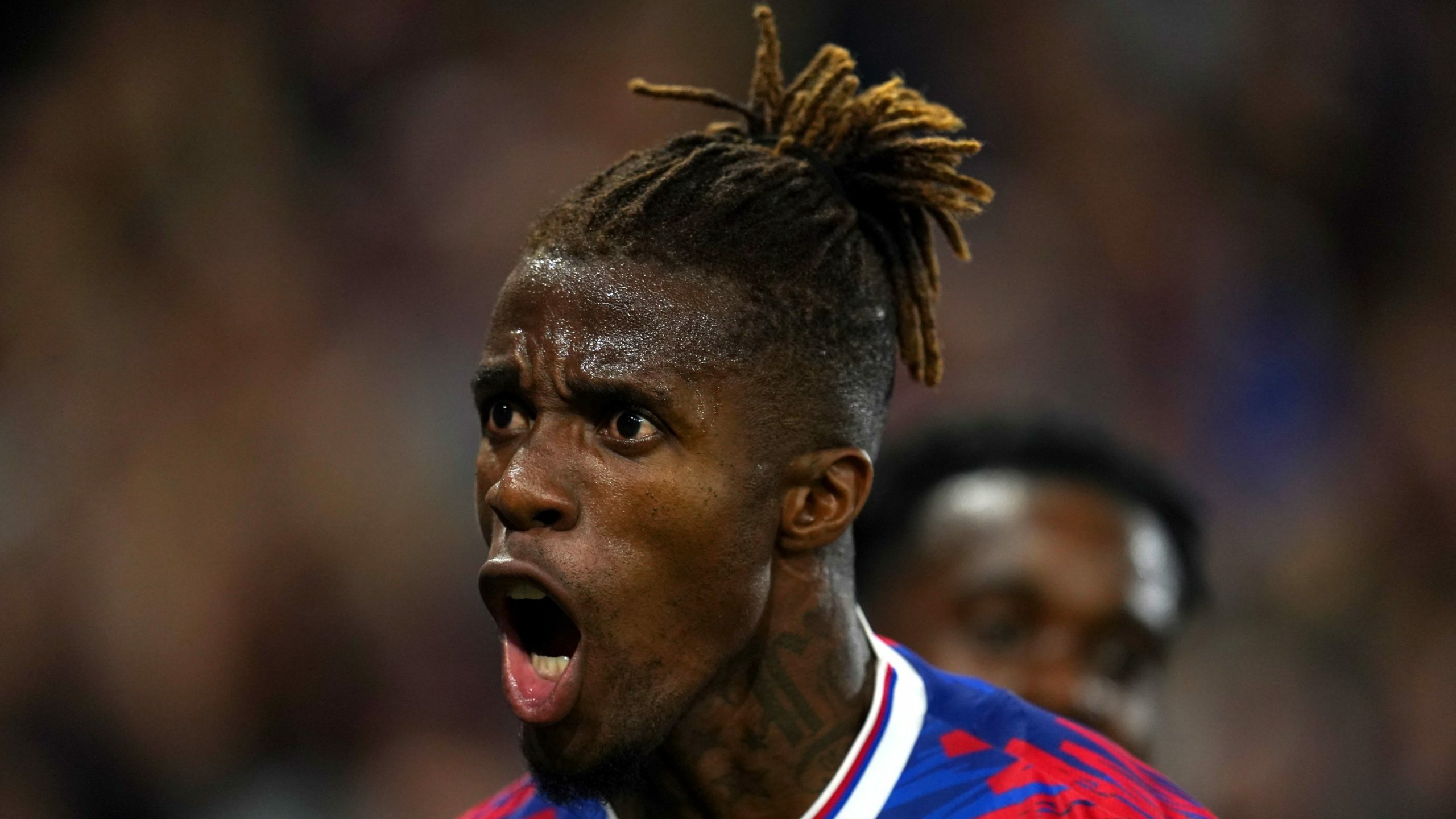 Zaha, who has been linked with London rivals Chelsea and Arsenal, emphasised his value to Palace with a stunning opener in Tuesday’s 1-1 Premier League draw with Brentford.

The in-form forward has now hit four goals in as many games this term but was ultimately left frustrated after Bees substitute Yoane Wissa claimed a late equaliser.

Vieira says there has been no approach for his talisman as he dismissed reports about him potentially leaving.

“I didn’t even put that in my head, I didn’t even ask myself that question,” replied the Frenchman when asked if he is confident Zaha will still be at Selhurst Park after the window closes on Thursday.

“I am working with him every day and there is nothing crossing my mind that something like that will happen.

“The only thing he is showing is competitiveness on the field, doing well for this football club that he loves very much.

“We are in a period where there is a lot of things going on in the papers and regarding Wilfried there is nothing true in that. This is the only thing I can tell you.”

Having missed Saturday’s 4-2 loss at Manchester City due to a leg issue, Zaha was back in the spotlight against the Bees.

The Ivory Coast international, whose contract expires next summer, once again underlined his importance to the Eagles by breaking the deadlock with a stunning effort into the top right corner in the 59th minute.

But dogged Brentford battled back and levelled through a header from unmarked substitute Wissa two minutes from time and went close to a winner, with Rico Henry squandering a golden chance before Ben Mee headed against the crossbar.

“Today we needed something special to score goals and Wilfried delivered,” added Vieira, who was relieved to hang on for a draw.

“He’s used to it (speculation) and when you look at his smile when he scored that goal, it’s saying everything. I think the smile on his face shows how happy he is in this football club.

“We are lucky not to concede that second goal at the end because they had the best chances. When you’re looking at the game now, we are quite fortunate to get the point.”

Brentford claimed a late equaliser for the third time this season following draws with Leicester and Everton.

Bees boss Thomas Frank was full of admiration for Zaha’s moment of quality and slightly frustrated not to have taken all three points.

“What a moment,” he said of the opening goal. “It’s crazy how close the ball is to his feet and then he’s just moved it three inches and then boom into the top corner. That’s an unbelievable goal, I told him that.

“Then of course we had to chase, we went more offensive. It’s an unbelievably well worked goal we equalised with.

“And then I love the mentality we have, we don’t settle for a draw, we want to go for the win and we proved that with two massive chances that we need to score. With that in mind, I think we should have won.”