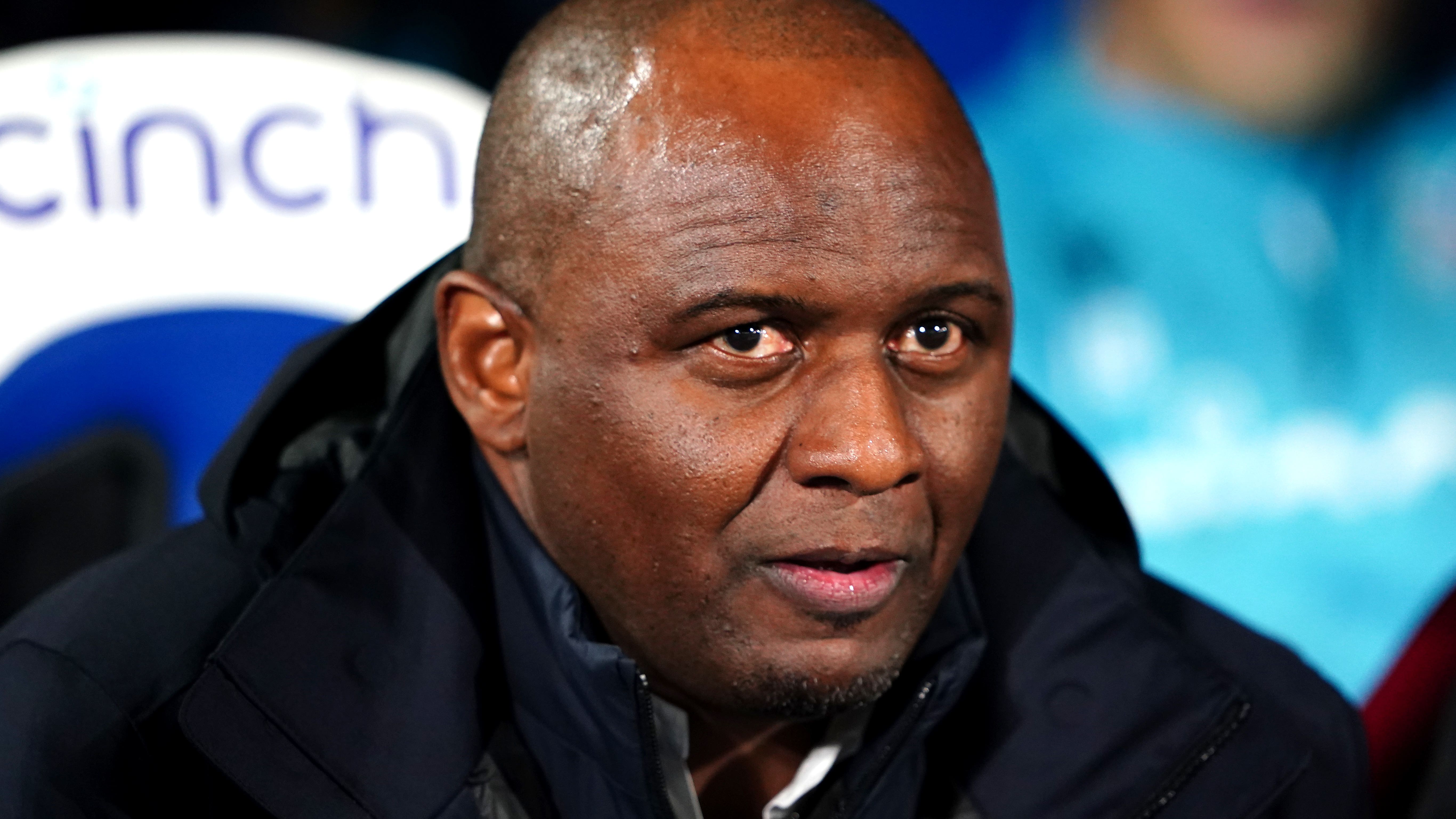 Patrick Vieira hopes Crystal Palace can still improve their attacking options during the January transfer window, but says the club are not in talks to re-sign Conor Gallagher from Chelsea.

Palace have scored only 17 goals in 18 Premier League games this season, and despite creating a host of chances drew a blank in losing to the Blues at Stamford Bridge on Sunday.

Vieira’s team have been linked with a move for England international Gallagher, who spent last season on loan at Selhurst Park and scored eight times.

But when asked if the club were in talks with the Chelsea midfielder, Vieira replied: “No.”

However, the Palace boss confirmed the club are working to get other deals finalised before the deadline as they bid to boost their attacking options.

“There are options to improve that side of the game (in the market),” said Vieira. “This is a really difficult window, to find those players who can improve the squad.

“We’ve managed to identify those players, we’ve identified the names of the players we wanted, and now it’s in the hands of the football club on trying to make it happen.

“But at the same time, it’s not an easy one. It’s a really complicated and a really difficult one. We are working hard to try to bring those players.”

The manager also hinted that the spending power available to rivals higher up the table could harm his club’s ability to get value in the transfer market.

Chelsea unveiled £88million signing Mykhailo Mudryk at half-time during Sunday’s win over Palace, taking the club’s spending since owner Todd Boehly took over in May to almost £400m.

But Vieira maintains it will not stop his side from competing with wealthier rivals on the pitch, starting with Wednesday’s meeting with in-form Manchester United at Selhurst Park.

“What is important is that we know who we are as a football club and what we can achieve in the market. Chelsea are on a different level, and we have to accept it. But we can be really smart and can work in a different way to find the players to fit the way we want to play.”