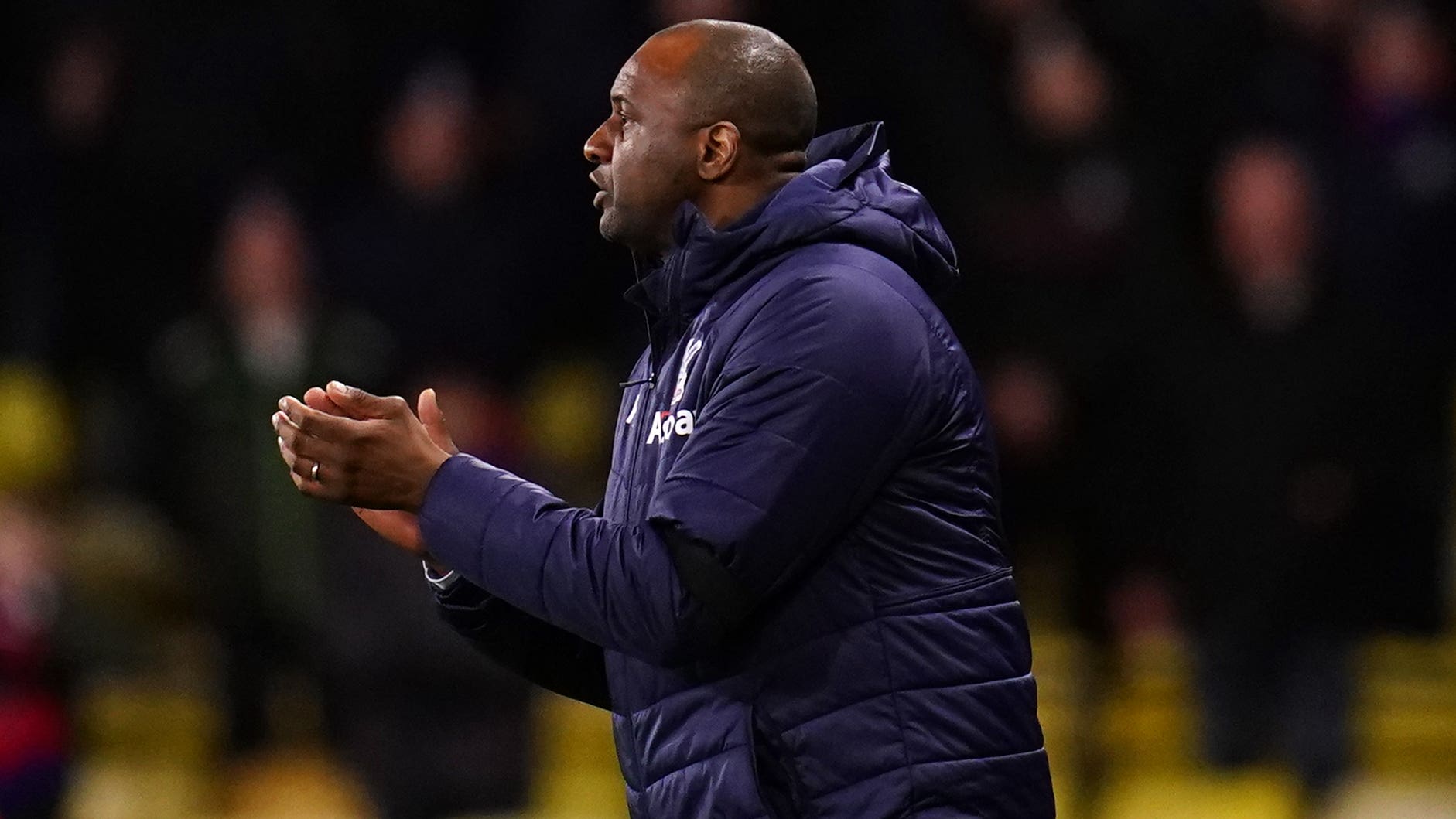 Patrick Vieira needs Crystal Palace to be more opportunistic if they want to upset Liverpool at Anfield on Monday night.

The Eagles boss was disappointed in his side’s inability to capitalise on opportunities in their 2-0 defeat to Arsenal in the Premier League curtain-raiser, when a lively second half saw them enjoy the possession advantage.

Palace will now face an even tougher test when they travel to Anfield for their first away contest of the season.

“Against those kinds of teams it’s about taking chances,” said Vieira.

“You have to perform well out of possession, defend well, accept that you will go through a difficult period, and be patient for the right moment to hurt them.

“That happened in the last game vs Arsenal and what we have to do well is defend well and use opportunities to hurt them.

“It’s about our organisation. How we can be disciplined, close the spaces where they can hurt you, if we do that well, it’s important for us to be brave, try to play forward, create chances and score goals.

“Going to Anfield and defending for 90 minutes will be tough. We have to try to create chances to score goals.”

Fulham held the Reds to a 2-2 draw in their opener, but Vieira warned against any complacency and expects to see a transformed opponent on Monday.

He said: “It was the first game of the season. The team may not be at their best but for ourselves it’ll be a different Liverpool team. We’ve improved from the last 10 days of training, maybe it’s the same for them.”

Palace will still be missing James McArthur and James Tomkins, but Michael Olise has been training with the team and, said Vieira, “there’s a chance he could be in the squad”.

While Palace lost both of their meetings with Jurgen Klopp’s side last season, Vieira insisted they are not at all intimidated by where they will be playing their second match under the floodlights in as many weeks.

He added: “It’s difficult to find a better atmosphere [than Anfield]. The players are really excited, it’s a fantastic stadium and atmosphere.

“We want to enjoy ourselves. It will be challenging but we can make it challenging for them. Last year we had some good opportunities to score goals, at home we created those situations again.

“We have to be brave and, with the strength we have, try to play that game with personality. We will try to perform our best.”