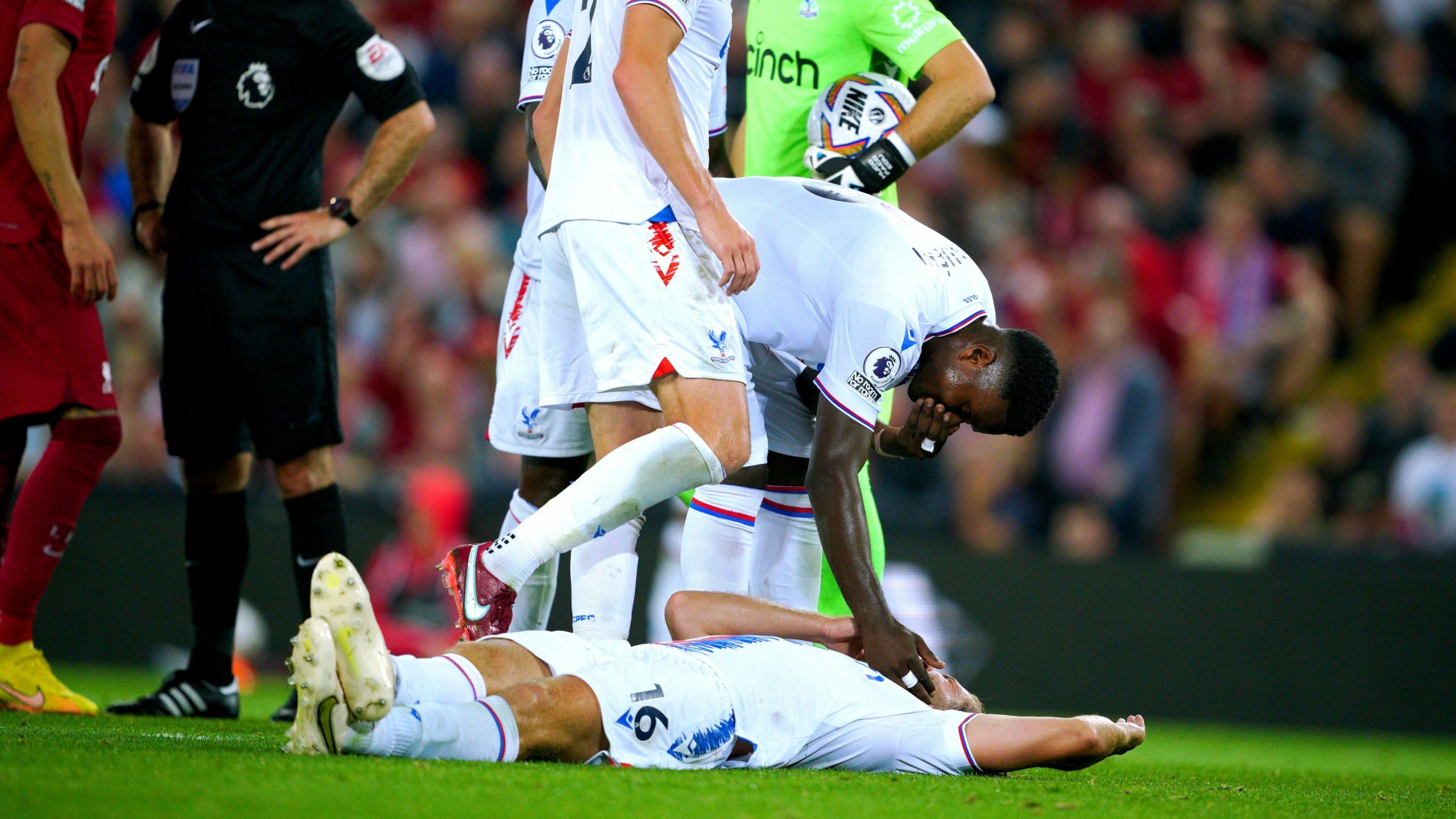 The Dane revealed he had reported hundreds of Instagram messages to the police after his involvement in the sending-off of Liverpool’s Darwin Nunez in Monday’s Premier League game.

Nunez was shown a straight red card after head-butting Andersen in the early stages of the second half.

Palace boss Vieira told a press conference: “(Andersen) is OK, of course. He had a really good game against Liverpool and of course all this abuse or messages he received are not nice at all. This is something we don’t want to see or hear about.

“We have to deal with it because it’s easy to make those comments on social media. What’s important for him is to ignore those messages and concentrate on what’s going on on the field.

“This is something modern players have to deal with. The best way is to ignore them. You don’t know where they came from, which country, and it’s difficult to control. People around do their best to manage social media but, as a player, the best way is to try and ignore them.”

Palace were handed a tough start to the season and are looking for their first victory after defeat by Arsenal and the 1-1 draw with Liverpool, where Wilfried Zaha gave them the lead at Anfield.

They host Aston Villa on Saturday before travelling to Manchester City next weekend, and Vieira has seen plenty to build on.

“Going to Liverpool, we know the challenge is to stay disciplined and we managed to, which allowed us to create chances and score,” said the Frenchman.

“The game was positive and we took a lot of information from it. Now it’s about trying to repeat those performances and be consistent.

“We concede goals we could avoid by paying more attention and being more aggressive. On the other side, we created more chances to be more clinical. On both sides of the game we can improve and we need to improve as soon as possible if we want to win football matches.”

Vieira is still hoping to add to his squad before the end of the transfer window, saying: “When I look at the news, we’ve been linked up with a lot of players. It’s difficult and not good for me to mention any other players who are under contract with other teams.