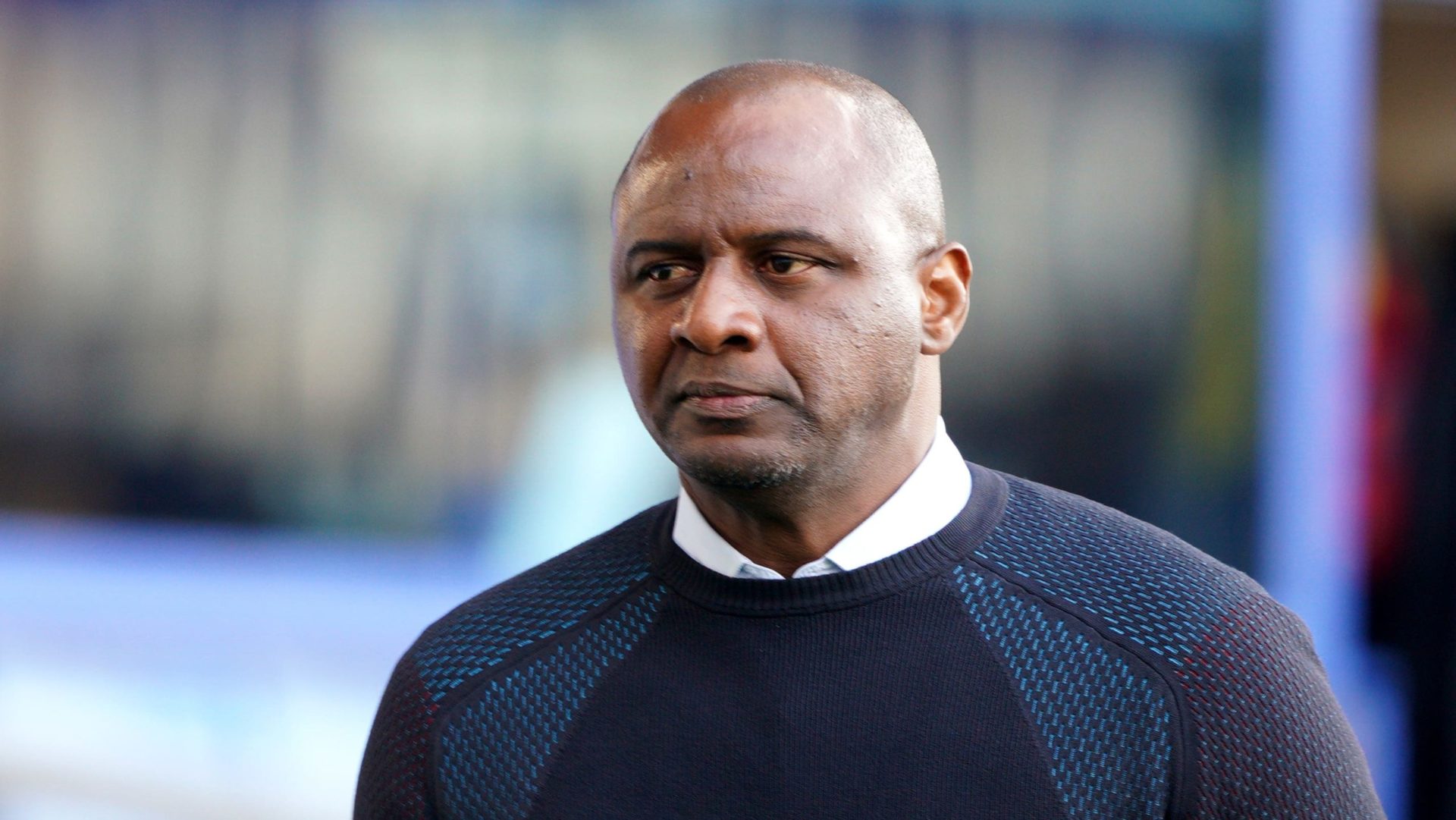 Patrick Vieira knows Crystal Palace will not spend crazy money this summer but believes the club are ready to be more ambitious.

The Eagles entertain Manchester United on the final day knowing a victory will give them a chance of a top-half finish in the Premier League.

It was a different story at the beginning of the campaign with talk Palace, after they let a number of senior players leave and saw veteran boss Roy Hodgson move on last summer, were among the favourites to be relegated, but Vieira has kept them comfortably above the bottom three.

Survival has rarely been mentioned by the former Arsenal captain, who has enjoyed a fine first season as a manager in England.

He believes the Selhurst Park club can aim high despite being aware chairman Steve Parish and sporting director Dougie Freedman will not hand over a huge war chest.

Vieira said: “It is not about going and spending crazy money because that will not guarantee you success.

“What will guarantee you success is to have a clear idea and clear direction about what you want to achieve in the next couple of years and step by step building that foundation to allow you to grow as a team and to grow higher but step by step.

“I think it is a bit of everything. It is culture, it is stability and you will need investment. All those ingredients will help to build something successful.”

Next season will be Palace’s 10th consecutive campaign in the Premier League, their longest ever run in the top flight.

Vieira feels the club can now strive for more than beating relegation, adding: “I would like to change the mindset and the approach.

“I think Palace has established themselves as a Premier League team because when you look at the last 10 years it has been playing in the Premier League, so it is time now to have a different approach.

“We have a responsibility to aim for more, but it is about how do we build ourselves to get there.”

Another impressive transfer window will be key after Palace – in the words of chairman Parish – had a “unique” summer where they secured each of their targets.

With no huge sums to spend, the Eagles have to be smart like they were when they secured the services of Marc Guehi, Joachim Andersen and Michael Olise for a combined total of £42million.

“Today we build a really good foundation with players who have been doing really well in the Premier League,” Vieira said.

“Now it is about finding those players to help what we have already to go to the next step. It may be one or two, but will we not go from zero to 10.

“We have to go slowly and be solid as a team to have this kind of stability with players as well. That stability on the field is important to build something, so I think with the Marcs, the Joachims, the Tyricks (Mitchell), we still have those foundations that will help us to be more successful.”