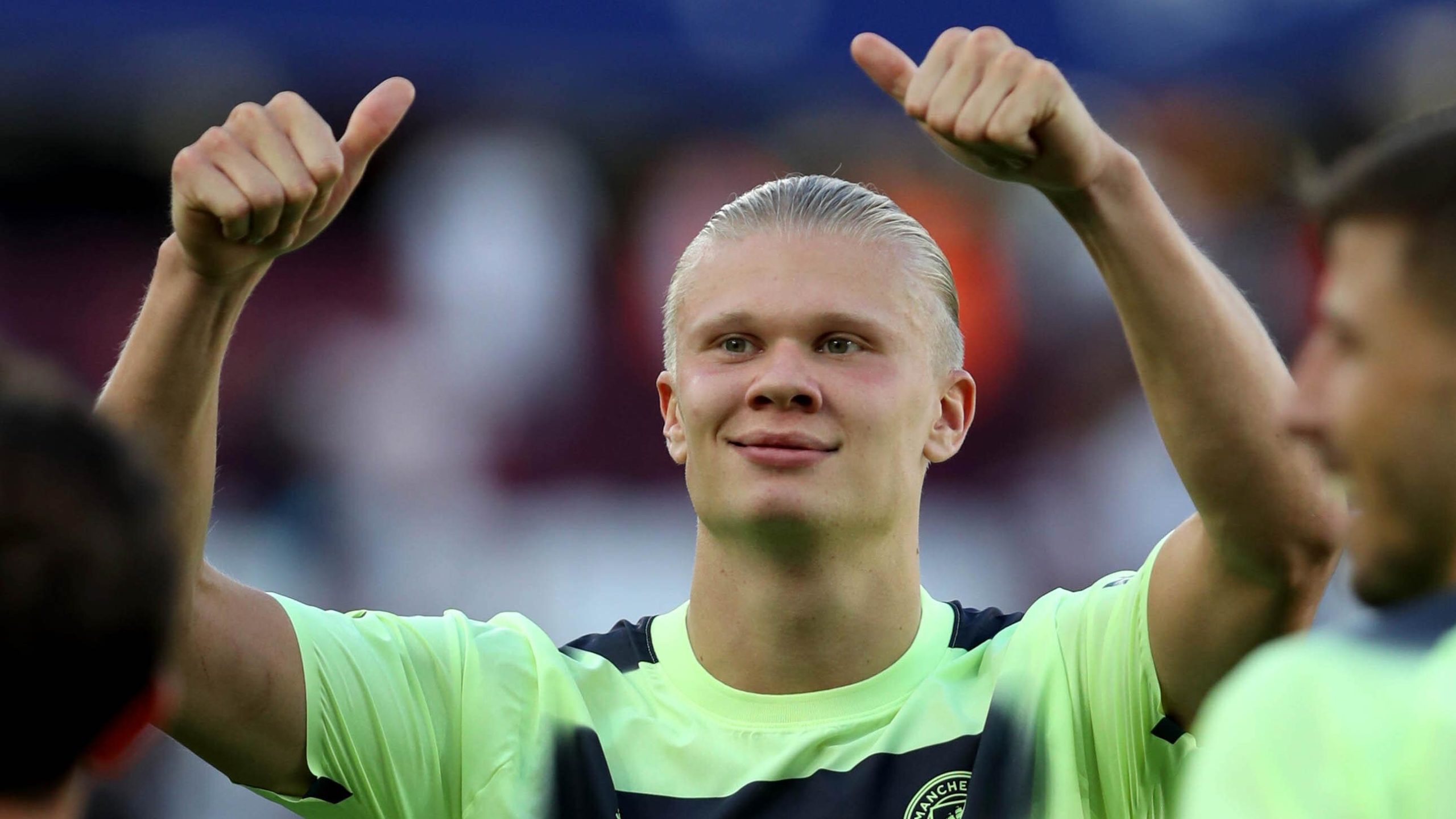 By By Andy Hampson PAAugust 12, 2022No Comments

Pep Guardiola has been impressed by Erling Haaland’s “calm” demeanour in training but insists it is difficult to know how he deals with pressure away from the pitch when he does not spend all hours with the striker, joking: “I am not sleeping with him!”

Haaland, one of the hottest young properties in the game, has commanded plenty of attention since his much-hyped move to Guardiola’s Manchester City.

The Norwegian took it all in his stride with a superb two-goal display as the champions won at West Ham on his Premier League debut last weekend.

Not surprisingly, the subject of the 22-year-old dominated Guardiola’s post-match interviews after the game at the London Stadium.

That came after plenty of questions about Haaland following the Community Shield the previous week – when he missed a gilt-edged chance against Liverpool – and he was again the prime focus as Guardiola met media to preview Saturday’s clash with Bournemouth.

“I am not sleeping with him!” Guardiola joked when asked again about the former Borussia Dortmund forward, this time in relation to how he deals with pressure. “I’m not at home with him so I don’t know how he handles it.

“But what I see in the training session is that he was calm after Liverpool and calm after West Ham.”

Guardiola feels the attention on Haaland meant the criticism he received after the Liverpool miss was exaggerated. He has no doubt he can go on to excel on the highest stage if he can remain level-headed.

“The moment he doesn’t score goals they are going to say maybe he’s not good,” Guardiola said. “It looks like the end of the world will happen. In the bad situations everything is going bad.

“But you have to be calm in the bad moments and the best teams stay positive.

“He is a top striker and if you put the names of the biggest strikers of all time at that age – how many goals – he’s the greatest. But he’s still at a young age.

“I will encourage him to be a better player, a better finisher and (he has to) think, ‘Today I will be better than yesterday’. When this happens he has the skills to be one of the best of best top scorers of all time.”

City are closing in on the signing of a new left-back in Sergio Gomez after agreeing an initial £11million fee with Anderlecht.

The Spain Under-21 international had initially been earmarked as a development player but will now join up with the first team due to a lack of senior options in his position.

His arrival will therefore end City’s search for a left-back this summer – having previously lost out on Brighton’s Marc Cucurella to Chelsea – and, in all likelihood, their transfer activity for summer.

Guardiola said: “The first action from the club was to sign him and send him on loan, but the moment we couldn’t go through with Cucurella because the club decided we wouldn’t pay this amount of money I said, ‘OK, think (again) about the idea to loan Sergio’.

“I’m very very pleased with the team. It’s not (big) in terms of numbers, but there is incredible versatility and they all have huge quality. If nobody moves, I think nobody’s coming in.”

The caveat was if nobody else leaves, and there remains considerable speculation about Bernardo Silva’s future, with the playmaker still being linked with Barcelona.

“One hundred and 10 per cent I want him to stay,” Guardiola of Silva. “I love him. I go weak when I talk about him!

“He is a special person. I don’t know what is going to happen, but he knows how much we like him and want him and love him.”