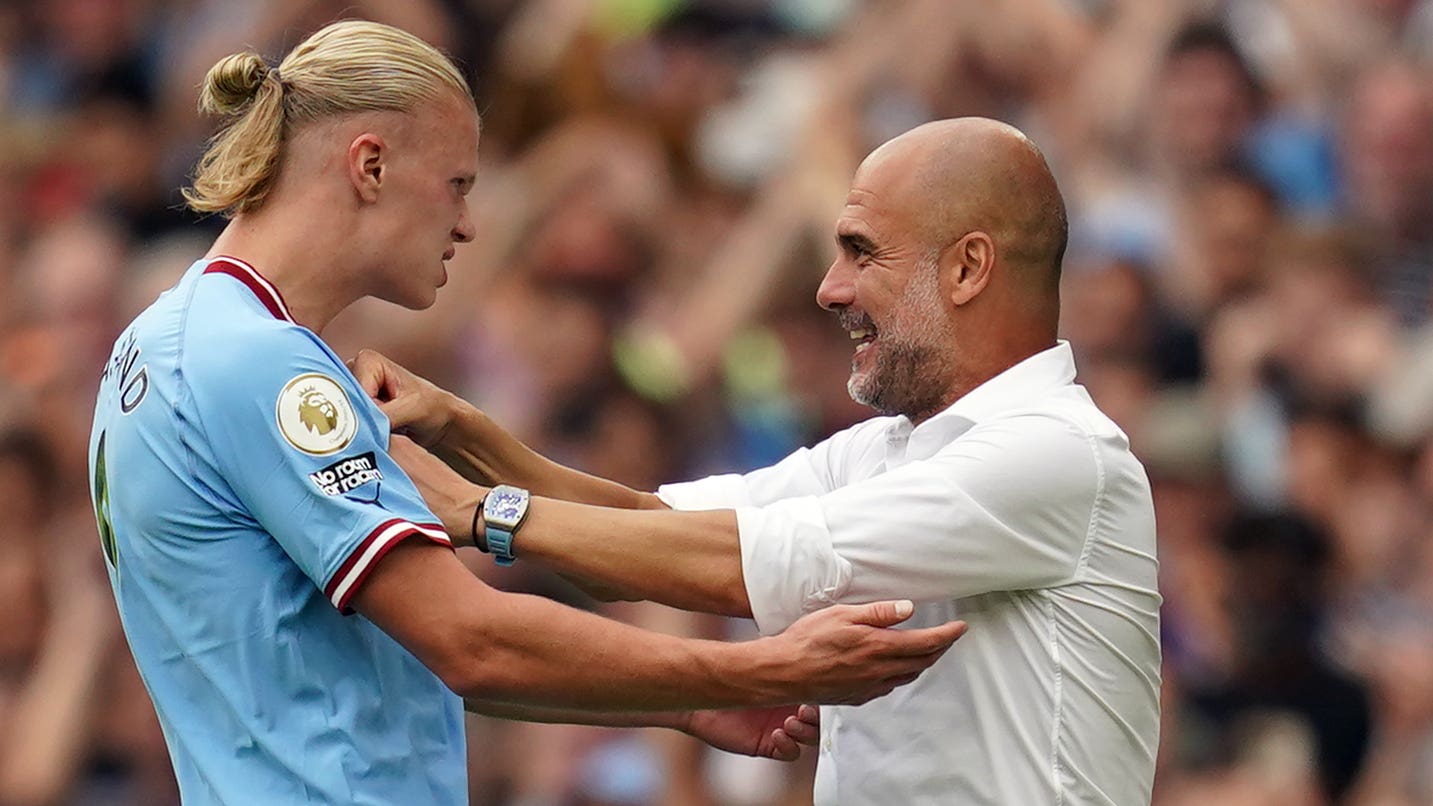 Pep Guardiola believes ‘exceptional’ Erling Haaland will only get better

By By Andy Hampson PASeptember 16, 2022No Comments

Manchester City boss Guardiola compared the Norwegian striker to Johan Cryuff in midweek after his superb late winner against Borussia Dortmund in the Champions League.

The strike was Haaland’s 13th in just nine appearances since his £51million summer move to the Etihad Stadium from the German club.

The 22-year-old’s stunning start at City was recognised on Friday as he was named Premier League player of the month for August and Guardiola believes he is only going to get better.

“He’s an exceptional striker, I’ve said it many times,” said Guardiola at a press conference.

“He’s a perfect person to manage. He’s a nice guy and this is the most important thing.

“The quality he has he had before he came here and he has continued to do what he has done. We didn’t add many things.”

City are back in action at Wolves at lunchtime on Saturday.

Guardiola is not concerned about the short turnaround after their European exertions on Wednesday.

The Spaniard said: “We have less time but that’s all. It is what it is. The big teams have to adapt and adjust as quick as possible.

“All the teams play at 12.30 sometimes. We are not an exception. We play in this time, it’s happened in the past.”

Right-back Kyle Walker could be in contention after missing the last two games with a knock.

Guardiola said: “Kyle is getting better. I don’t know if he will be ready tomorrow. We’ll see at the training session how he feels.”

City won 5-1 at Molineux, with four goals from Kevin De Bruyne, on their last visit in May but Guardiola expects a different encounter this time.

He feels that despite Wolves’ disappointing results this term – just one win in six Premier League outings – Bruno Lage’s side are a much tougher proposition.

Guardiola said: “It’s a completely different team to previous seasons. They played five at the back with (Conor) Coady, now they decide to play with four and I’m really impressed with the way they play.

“Their position in the table is because football is unpredictable and sometimes you don’t get what you deserve.

“They have a lot of good things in terms of central defenders making a good process and when they attack they have incredible runners, a lot of talent.

“We have to be mentally prepared, otherwise it will be difficult.”