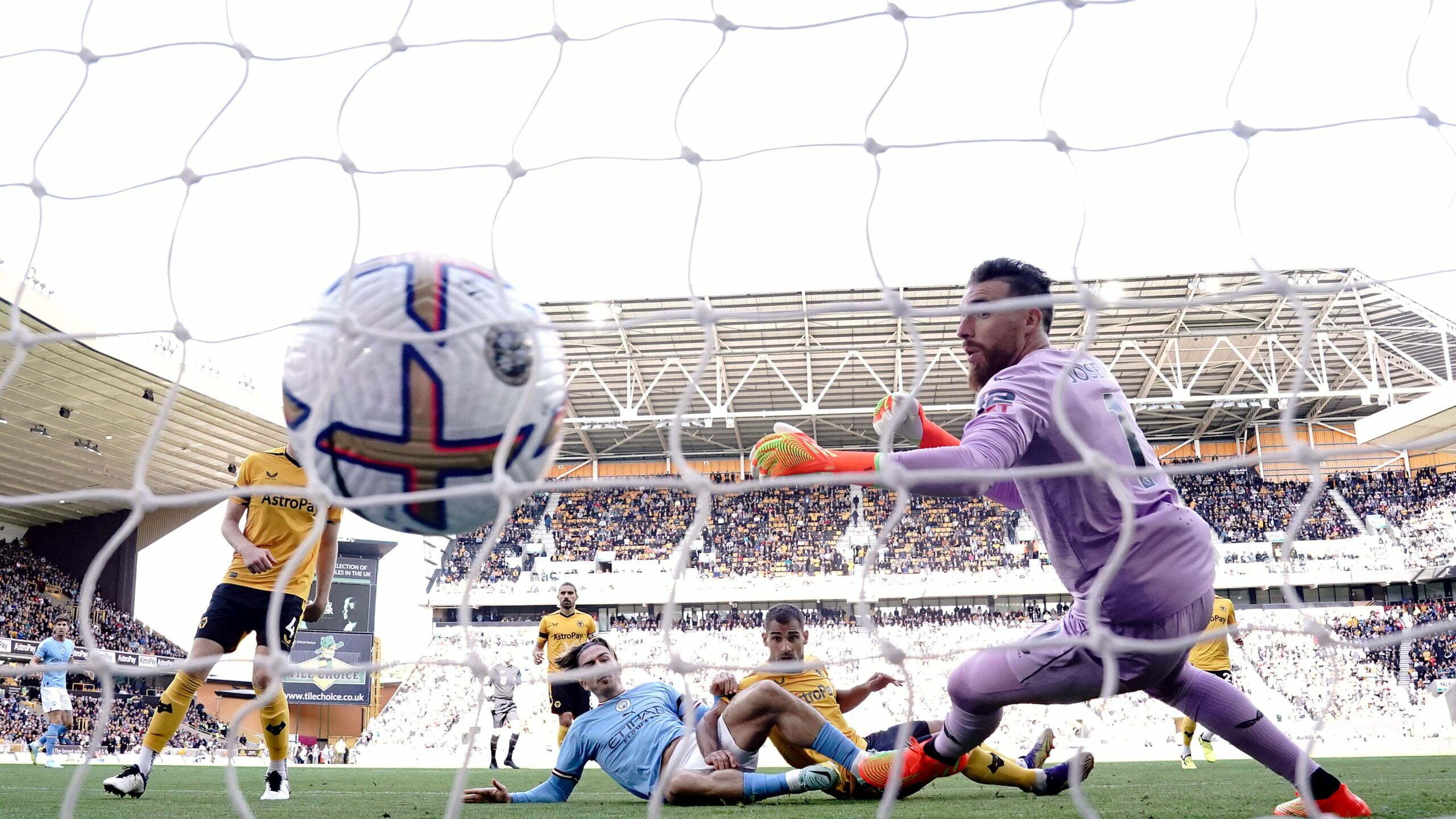 The midfielder scored his first goal of the season in Saturday’s 3-0 win at Wolves to answer growing criticism about his output.

It was just his fourth top-flight goal for City since joining for a record fee from Aston Villa last year and Guardiola conceded it has weighed on him.

He said: “Yeah, maybe. We have to admit it. He has to be who he is, that is all. Good moments, bad moments everyone has.

“The important thing is ‘I am Jack Grealish, I play like I am. I go there with a good mentality and try to do the best for myself to help all of us’. That is all I want for him and everyone.”

Erling Haaland and Phil Foden also netted while Nathan Collins was sent off for Wolves for a reckless foul on Grealish.

Guardiola also gave Manuel Akanji his Premier League debut and was impressed with the summer signing from Dortmund.

He said: “He was more than exceptional, win all the duels in the build-up, read perfectly when the play was short or long, he is so, so clever and when he goes, he goes, but he doesn’t go too much to give away penalties or fouls.

“He is so aggressive to go close to the opponent but then has the tempo to control the situation. From day one we felt he gets it.”

Diego Costa is not match fit after signing on a free transfer last week and boss Bruno Lage admits their lack of goals is a concern.

“When you don’t score goals it is a worry. That is why we have these three strikers but unfortunately no-one is available to play the game,” he said.

“Man City can play very well without a striker for four or five years and win competitions, for us it is more important to have that man.

“Raul (Jimenez) didn’t have the pre-season, then he needs to play three games in a row straight because we don’t have a solution.”