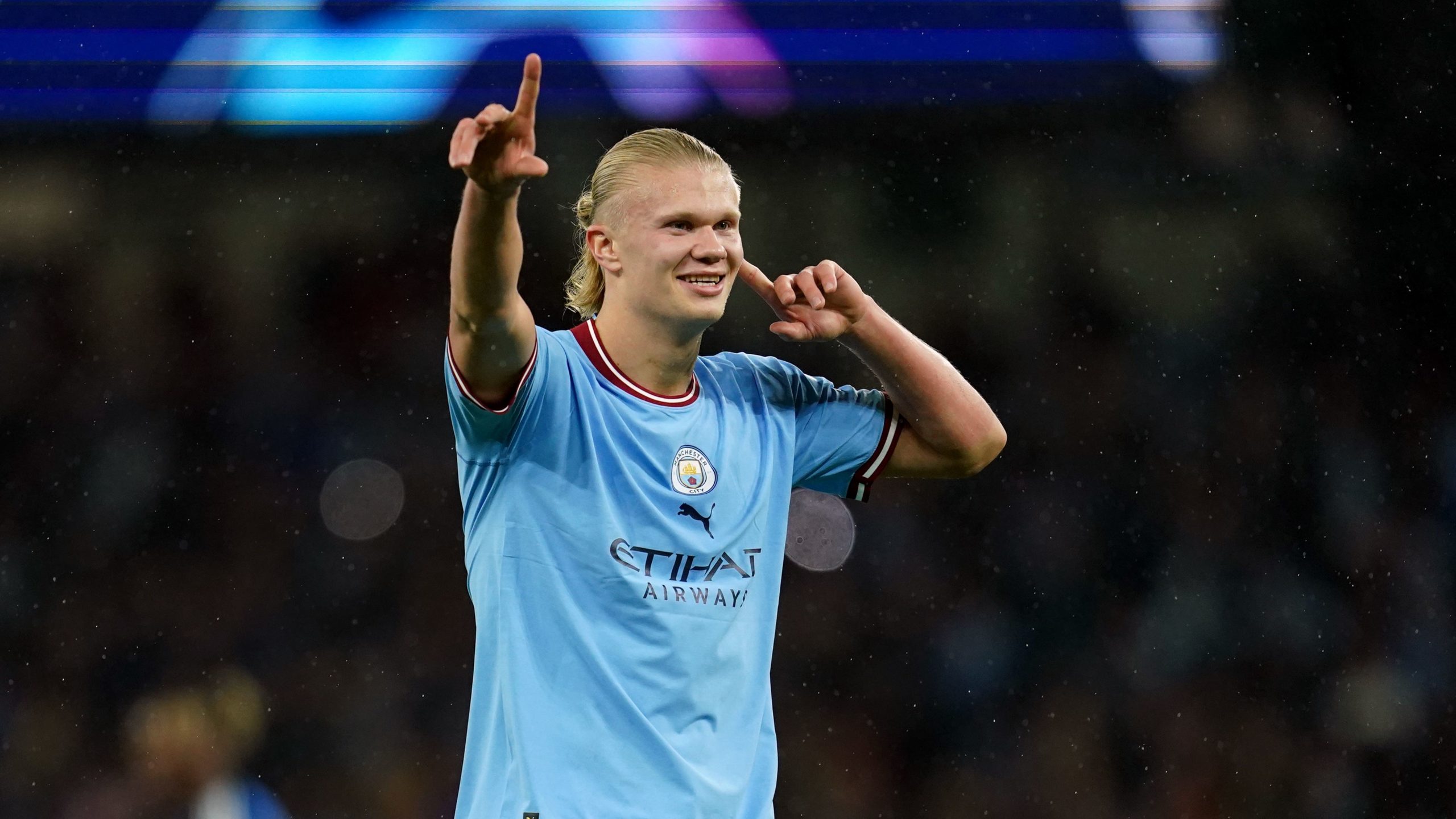 By By Andy Hampson PAOctober 7, 2022No Comments

Pep Guardiola has hailed Erling Haaland’s “incredible instinct” for goal and admitted there is nothing he can teach the prolific striker.

Haaland continues to command most of the attention at Guardiola’s Manchester City after making a stunning start at the club.

The Norwegian has scored 19 goals in just 12 appearances since his summer move from Borussia Dortmund, including three hat-tricks.

He again demonstrated his remarkable ability in front of goal with two more strikes in Wednesday’s Champions League thrashing of FC Copenhagen.

His second that night was an instinctive poacher’s finish after a parry by the goalkeeper, a goal that was greeted by a look of almost disbelief from Guardiola on the touchline.

Explaining his reaction, Guardiola said at a press conference: “It is not about disbelief! It is the fact that it was a deflection and he was there.

“He has this talent, this quality. All the time – a cross, a deflection – he is there. This type of player – how can a manager teach him? It is impossible. It is instinct, completely natural.

“He did it in Norway, in Austria, in Germany and he does it here. He smells it. Thank you so much to him for choosing us, and to all the people involved bringing him here. We are fortunate to have this talent with us.”

Most of the headlines written about City this season have involved Haaland. Guardiola thinks that would cause jealousy or resentment at other clubs, but not among his squad.

He said: “Every press conference – 50 questions, 45 on Erling. For me it is OK and the guys here accept it perfectly.

“Here, they are delighted. We don’t have incredible players who’d say, ‘All the time they just talk about him’. This is why it is a joy to train these type of players.”

Haaland will doubtless be looking for more goals as champions City host Southampton in the Premier League on Saturday.

Saints manager Ralph Hasenhuttl is under pressure but Guardiola expects a tough contest.

“Since Ralph has been the manager, we know how we struggle every season to try to control the games,” said Guardiola.

“But we are ready to do a good game against a team we were not able to beat in the Premier League last season.”

One player who will not be involved is full-back Kyle Walker, who faces a race against time to be fit for the World Cup after undergoing groin surgery this week. The England international was injured in last week’s derby victory over Manchester United.

“The same as the doctor said – he’s out for a few weeks,” Guardiola said.

Asked if it was too early to make a judgement about the World Cup, Guardiola added: “Yes.”