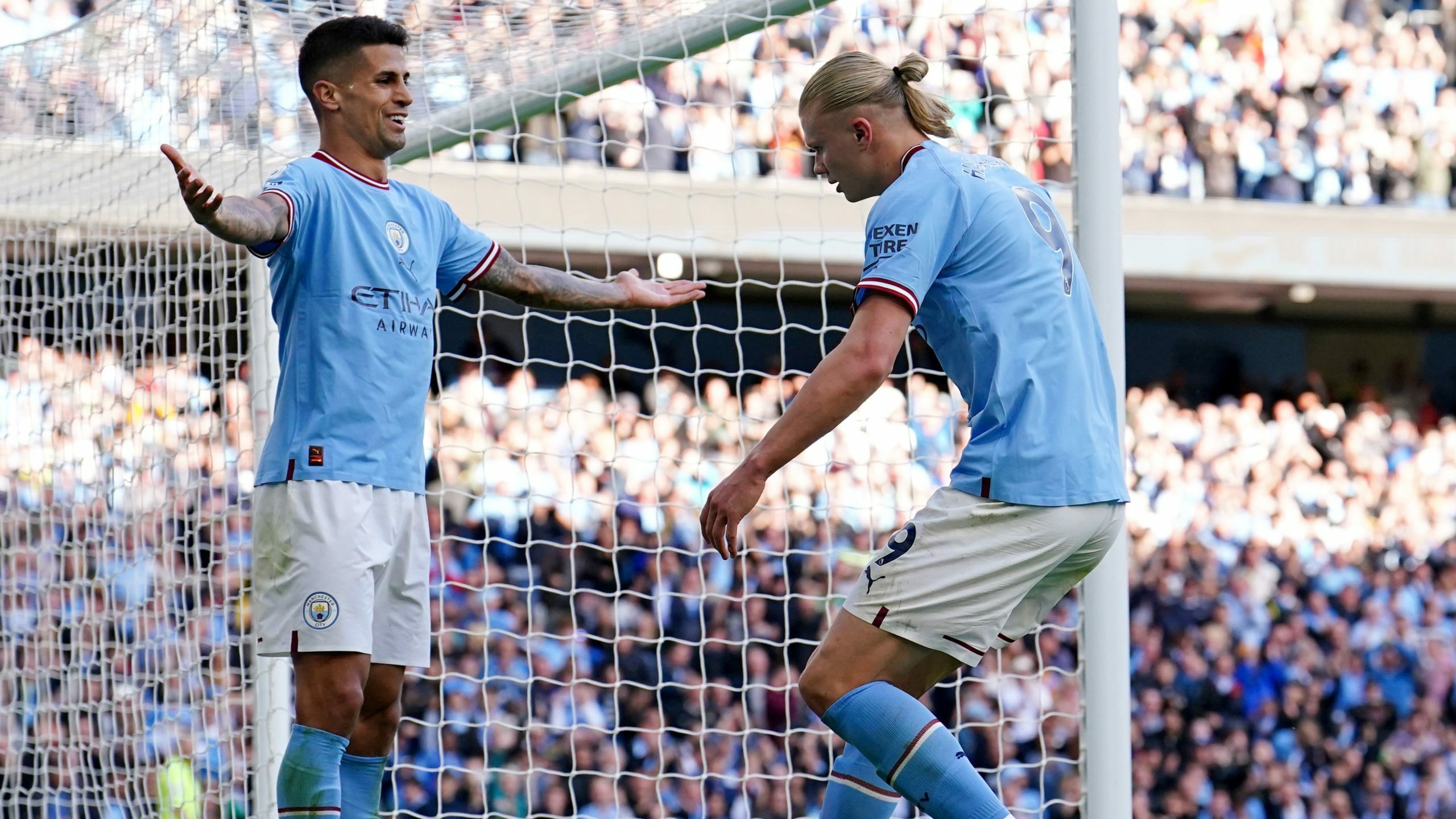 By By Andy Hampson PAOctober 9, 2022No Comments

City cruised past the struggling Saints 4-0 with Erling Haaland again on the scoresheet at the Etihad Stadium on Saturday, underlining their considerable strength as they chase a third successive Premier League title.

The victory was not as eye-catching as last week’s stunning 6-3 derby demolition of Manchester United but Guardiola, as after the 5-0 Champions League win over FC Copenhagen, was far more satisfied with the control exerted.

The City manager said: “We are scoring a lot of goals and in the last two games we didn’t concede one shot.

“Against United we were sloppy and conceded two avoidable goals in the last minutes.

“We have a good feeling. We are rotating the players, everyone is involved, we need everyone.

“Everyone knows exactly what they have to do. When they don’t do it we can make suggestions to improve.

“It was a good win and currently we are scoring a lot of goals, and when you score a lot of goals it is because you are playing more than decent.”

Haaland was not the key player this time, although it was almost inevitable the prolific Norwegian would score against a lacklustre Southampton side.

Joao Cancelo opened the scoring with a fine individual effort and Phil Foden doubled the lead before Riyad Mahrez volleyed an excellent third. Haaland wrapped up the win with his 20th goal of the season from just 13 appearances.

“I like this type of player that makes our lives easier,” said Cancelo of Haaland.

“He is a super player inside the box. I never saw a striker with that ambition towards the goal. He’s helped us a lot, not only in the goals but also creating difficulties for the defenders.

“Hopefully he can continue the same way because he’s a great player and, to me, he’s already among the best in the world.”

While City aim high, Southampton’s problems are increasing. The loss was their fourth in succession and their fifth in six games.

Pressure is mounting on manager Ralph Hasenhuttl but the Austrian voiced only determination to press on after the game.

Asked if he had clarity about his position, he said: “The clarity is that I come tomorrow and we have an indoor game. This is what we’ll prepare for.

“To win here is not easy and we had expected this. I was hoping we would be a little more able to hurt them but we did not have the tools.

“We must analyse this game well. Now we have a bit more time to prepare for a tough week (after) with three games in seven days. This is intense.”