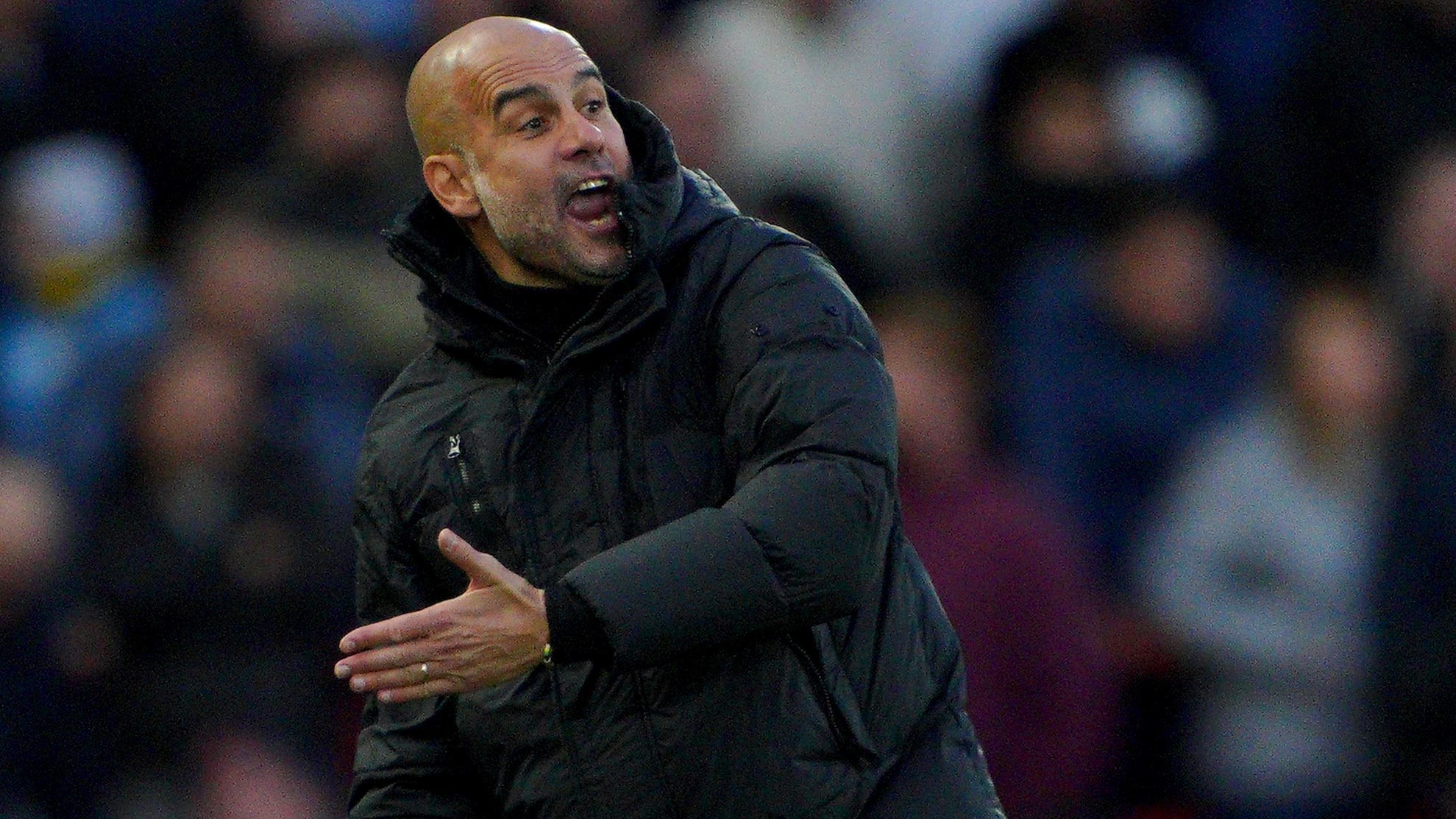 By By Andy Hampson PAOctober 21, 2022No Comments

Manchester City manager Pep Guardiola has apologised for chants by the club’s fans referencing the Hillsborough and Heysel tragedies during last weekend’s stormy defeat at Liverpool.

The Catalan, who says he did not hear any offensive chanting himself, also believes City will learn lessons on and off the field from what occurred at Anfield on Sunday.

Liverpool expressed their disappointment at “vile” chanting from City fans, as well graffiti also referring to the two 1980s disasters, after the game.

Guardiola’s response at a press conference on Friday was the first public comment made by anyone from City on the matter since the tempestuous Premier League clash, which Liverpool won 1-0.

“I didn’t hear the chant,” Guardiola said. “If it happened I’m so sorry. It doesn’t represent what we are as a team and a club – if this happened.

“But, don’t worry, we can behave perfectly (after) our mistakes, without a problem.”

The chanting and vandalism was not the only unsavoury issue surrounding the game.

Coins were thrown at Guardiola on the touchline and police are investigating after a City team bus was struck by a missile as it left the ground.

Hostility between the two clubs has escalated in recent years and it is understood that some people at City believe Liverpool manager Jurgen Klopp’s pre-match comments relating to the Manchester club’s wealth needlessly inflamed tensions.

But asked if he felt the City-Liverpool rivalry had become toxic, Guardiola said: “I don’t think so. From our side, I’m pretty sure of that.”

As well as addressing the fall-out from the off-field controversies, Guardiola is also hoping to pick his side up from what was their first loss of the campaign. The champions host Brighton on Saturday.

Guardiola said: “We have to be ready. The past is the past, and already forgotten. Of course we take the lesson – on and off the pitch – but Brighton is our only concern.

“I learned from my career as a manager that if your focus is always on the past you will lose the focus on the present and the future, and this is the first step to drop points.

“Liverpool is history and Brighton is our dream.”

Asked further if he had grown tired of recurring questions or criticism related to the club’s financial strength, Guardiola said: “It is what it is. (Just prepare for) Brighton and try to play better and win games. It is what it is.”

Guardiola, meanwhile, has warned players he will not accept any drop in standards from players who might be concerned about getting injured ahead of the World Cup.

“They can lose their place in the World Cup being not selected, or many reasons, so they have to be focused every single game until the end.