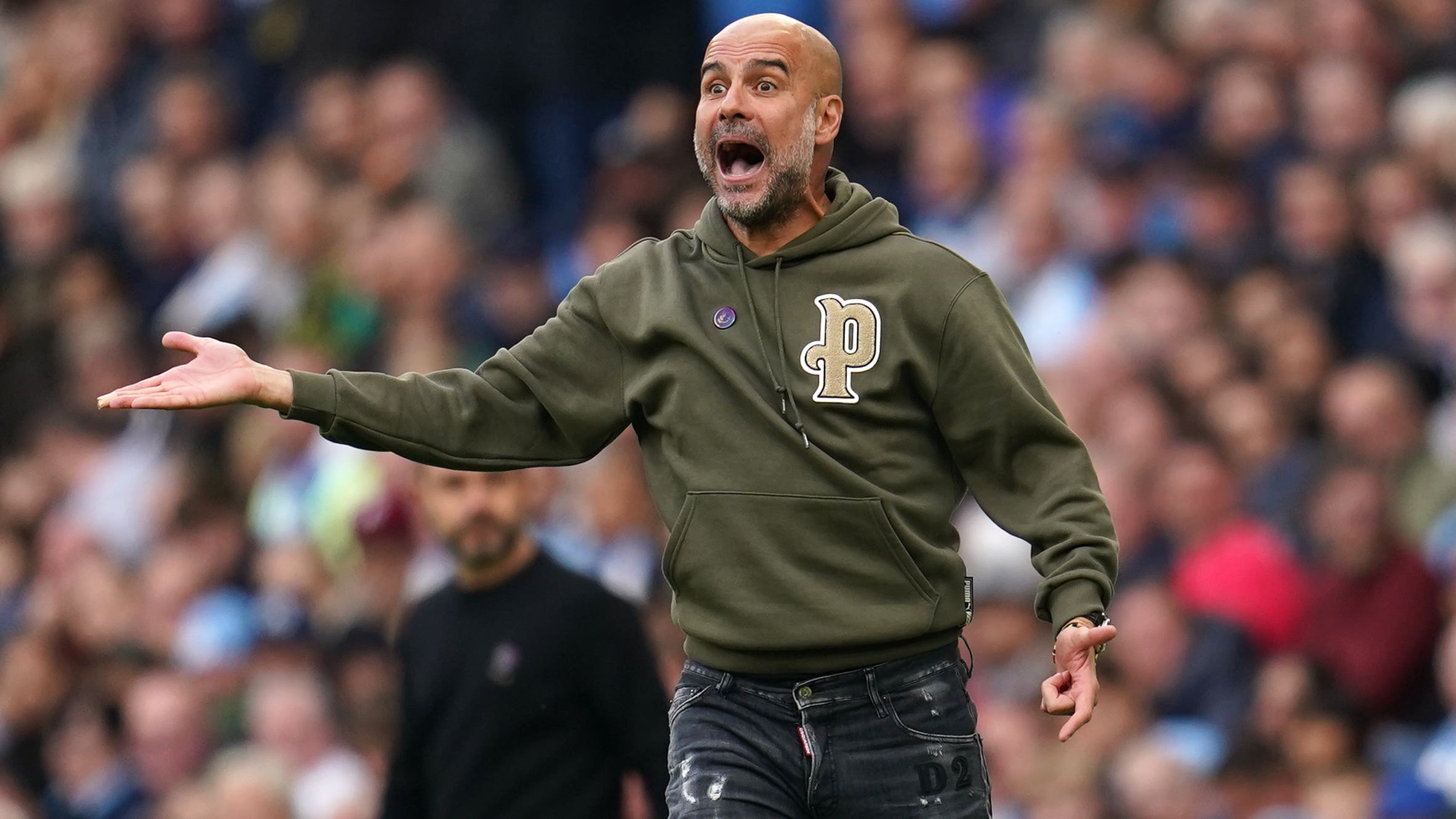 By By Andy Hampson PAOctober 22, 2022No Comments

The prolific Norwegian struck twice – including one from the penalty spot – as City bounced back from last week’s loss at Liverpool with a 3-1 victory over Brighton at the Etihad Stadium.

The striker’s double took his tally since joining the club to a remarkable 22 from just 15 appearances.

With 17 of those goals having come in the Premier League he is already, after 11 games, just six behind last season’s golden-boot winning total.

“My English language is not big enough,” said City manager Guardiola when asked to comment on Haaland’s performance.

Despite Haaland’s first-half brace, it still needed a stunning strike from Kevin De Bruyne to secure the win 15 minutes from time after Brighton rallied with a Leandro Trossard reply.

De Bruyne played an influential role throughout the game but Guardiola feels the Belgian playmaker has not been at his best lately.

“He knows (this). I don’t need to tell him. His dynamism is still not perfect but the goal was outstanding and thanks to him we did not suffer in the last 15 minutes.”

Guardiola was pleased with how his side closed out the victory after a strong showing from the Seagulls in the second half.

After Riyad Mahrez spurned a gilt-edged opportunity to make it 3-0, Trossard responded with a fine goal of his own.

Guardiola said: “The turning point was when Riyad had the chance. Normally he doesn’t miss them but it is football and it can happen.

“One minute later we conceded a goal. After that it was difficult, they were better but Kevin came up with a masterclass action and we won the game.

“The game was one of the toughest ones we could face. They propose the type of game we are not used to. Few teams are used to it.”

Brighton were aggrieved over the award of the penalty for City’s second goal. Bernardo Silva was adjudged to have been tripped by Lewis Dunk after a VAR review but the defender felt the Portuguese had initiated the contact.

Brighton manager Roberto De Zerbi, who remains winless after five games in charge, said: “I am sad, not only for today but for these five games.

“I want to speak only about the performance of my players, not VAR or penalties. I think in the second half we played very well. We had a chance to score 2-2.

“We can play very well but the results these last five games are not fair.”