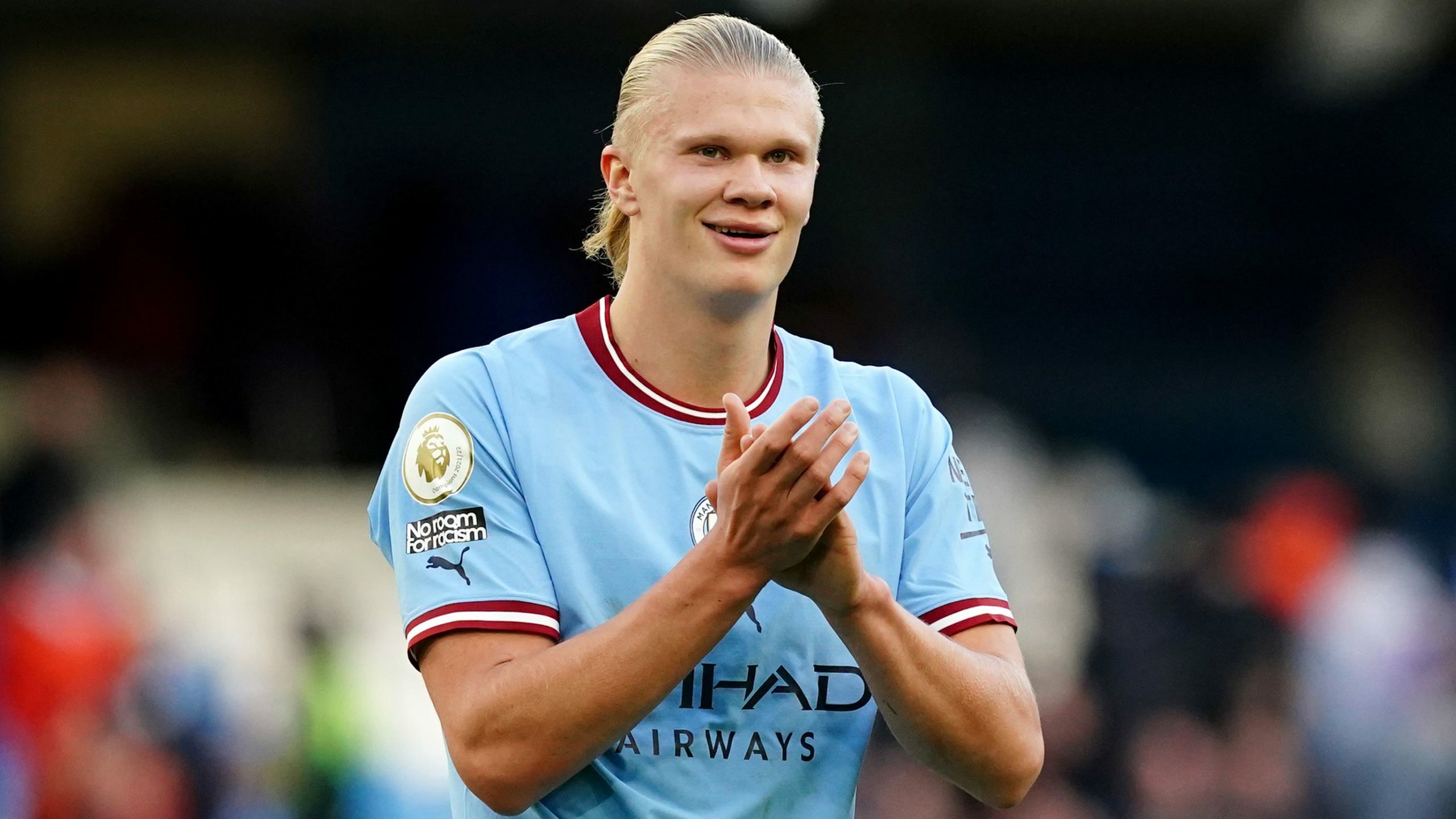 By By Andy Hampson PAOctober 23, 2022No Comments

The prolific Haaland has scored a stunning 22 goals in just 15 appearances since joining Guardiola’s Manchester City from Borussia Dortmund over the summer.

With a double in the champions’ 3-1 win over Brighton on Saturday, 17 of the 22-year-old’s goals have come in the Premier League.

That means, after just 11 games, he is already halfway to matching the competition’s record tally for a season of 34. He also needs just six more to equal last season’s golden boot-winning total.

City manager Guardiola said: “We don’t have to be a genius (to see) if he continues with this rhythm, this average every game, he’s going to reach the record, definitely.

“But in football maybe you score but then in a few days you stop scoring. I don’t know.

“But like all the strikers I have seen in my career – like Samuel Eto’o, Lionel Messi, (Robert) Lewandowski, Thomas Muller, Sergio Aguero – Erling has the ambition to score goals and goals and goals. That’s normal and it has to be like that.”

Guardiola’s side have already secured their place in the last 16 but, trailing by just three points with two to play, the Germans can still pip them to first place.

The Norwegian grabbed the winner when the two sides met at the Etihad Stadium in September.

“He’s going back to his old home, where he was for a few years, and he must be excited,” said City midfielder Bernardo Silva.

“It is a very important game for us because we want to finish first. It makes a big difference finishing first or second and we are going there to win.”