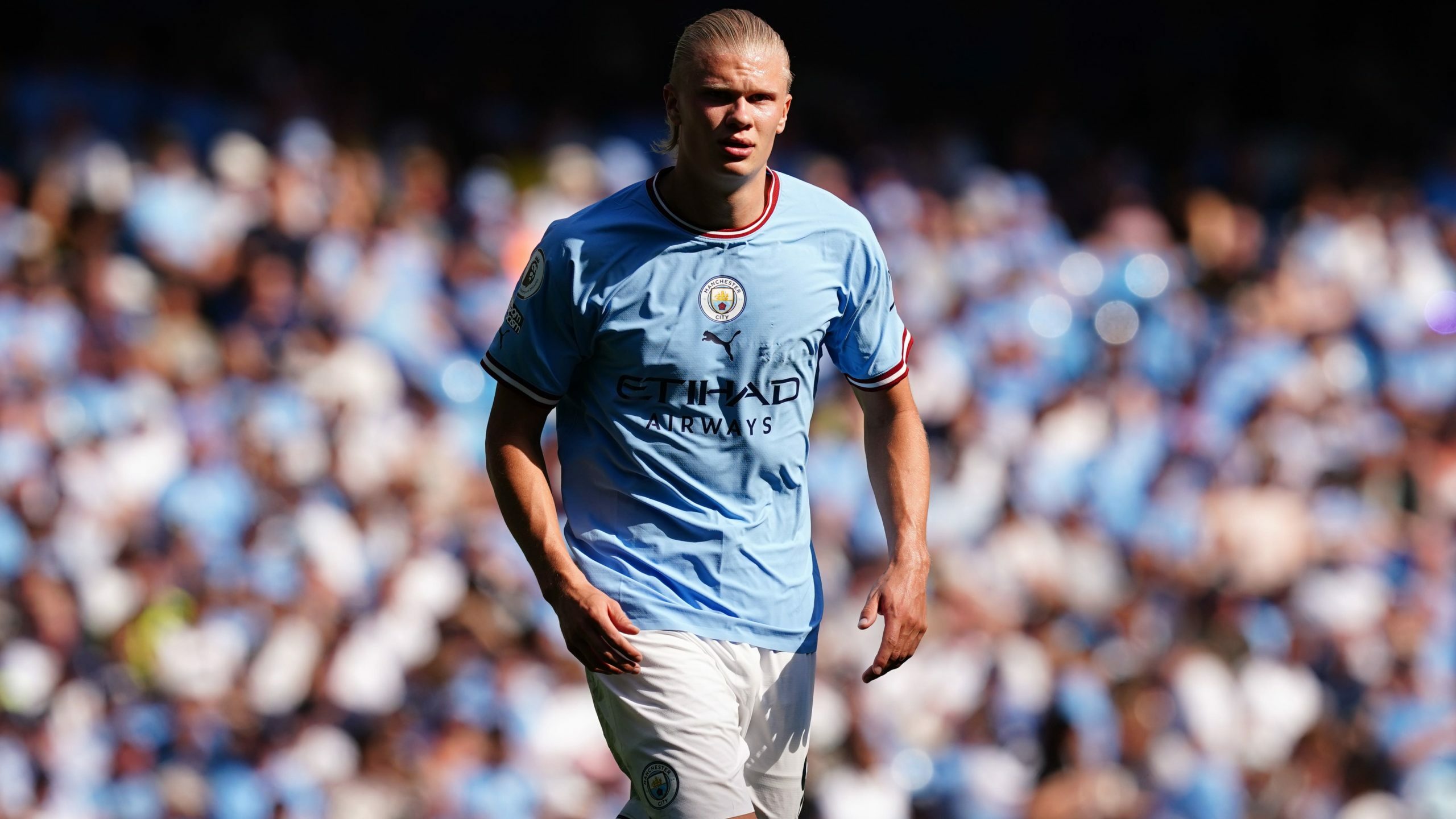 Haaland will not be at the winter tournament in Qatar as Norway did not qualify, meaning he will have a month off in the middle of the Premier League campaign.

Still, Guardiola does not intend to overuse his new signing in the months before his mid-season hiatus.

“No. Absolutely not. The decision I want to take here until the World Cup is not one second thinking about what is going to happen at the World Cup,” Guardiola said ahead of Sunday’s visit to Newcastle.

“The World Cup is not going to think one second about what is going to happen to the clubs after the World Cup.

“Erling is going to play because we think he has to play and he has to play really good. He has to feel competition in the squad too and every decision made is for the benefit to win that game.

“Unfortunately for him Norway cannot go to the World Cup. He will have one or two weeks’ holiday and after that come back to training and be ready to continue.”

Haaland made a brilliant start to his City career with two goals on his Premier League debut but plenty was made about the fact he did not score against Bournemouth last weekend.

Guardiola has no doubts that the 22-year-old will do just fine.

“Erling before the game against Liverpool, he didn’t play 90 minutes for several months because he was injured,” he said. “He needed time. He is getting better, the connections will come.

“The last game he was involved in the game. It’s a question of time, we have to do it quicker but it is going to happen.

“The top, top quality players all around the world have to move in smaller spaces, especially strikers. Striker is the most difficult position in the world, you have more opponents close to you.

“That is why we need to be more precise. It is a question of time. It will not be a problem.”