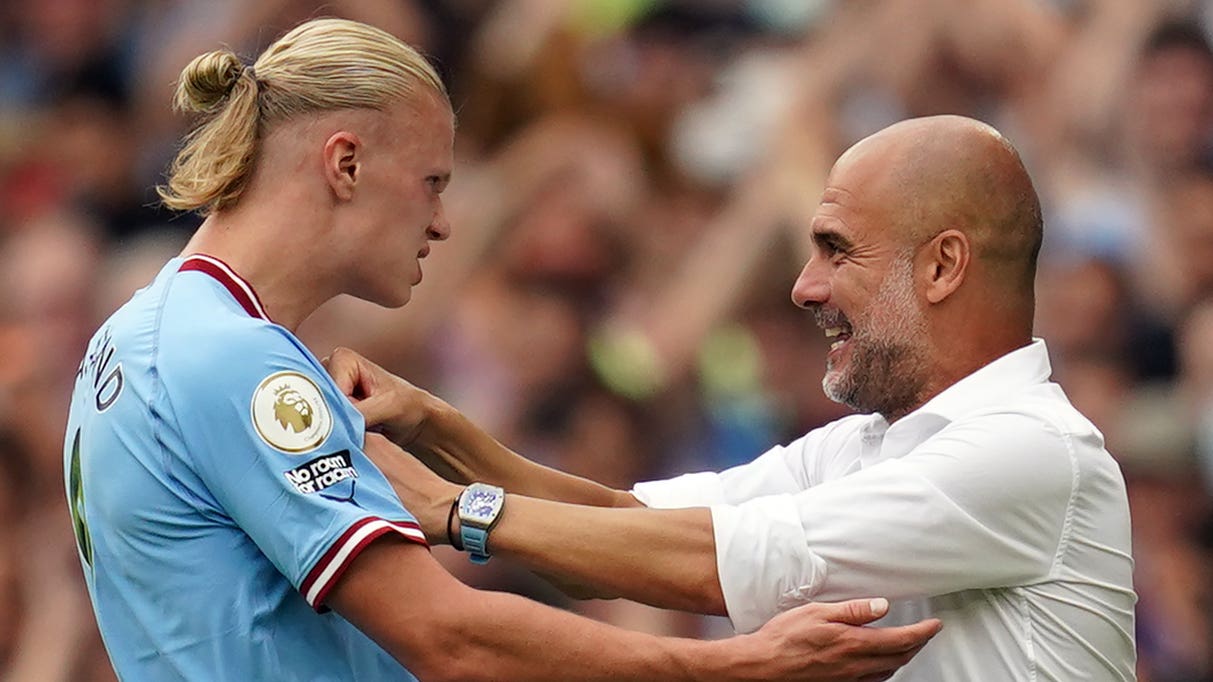 Pep Guardiola says he does not care if he upsets Erling Haaland or any other Manchester City stars by dropping them.

Guardiola has said that Haaland will not play every game during a gruelling upcoming fixture schedule and the Spaniard was coy on whether the striker will play against Nottingham Forest on Wednesday.

He accepts that he will never be able to convince some players to be happy with not playing, but that does not derail his train of thought.

“No, I’m not going to explain. I don’t explain the reason for my decisions, because I will not convince them, some players understand they are part of everyone and some never will understand me,” said Guardiola.

“I know them quite well and some of them I can tell them the reason but others, I don’t care.

“I do it for the best for the team, to win the games and for many reasons and that’s all. I’m the manager and I decide for that and I am being paid for that, and they have to accept my decisions.”

While regularly planning changes to his side amid a packed schedule, Guardiola insists he never tells the players too far in advance.

“Never. In one week we change many things, about the opponent, because of injuries, because of the previous game and now this crazy schedule for everyone,” he explained.

“Some believe they have to play because I am who I am. And they are completely wrong.”

If Haaland does miss out against Forest, he will be replaced by fellow new signing Julian Alvarez, who has impressed Guardiola since his arrival from River Plate.

“When you buy a player from another country you never know how he is going to adapt, what you have to do is try to help him, not just with the structure on the pitch, off the pitch too, to make him settle as quick as possible to make him feel comfortable,” Guardiola said.

“This group of players is extraordinary, so that’s why it’s not easy. When the guy is humble and has desire and has the wish to succeed, in the end it will happen.

“The players who come here, the quality is so good, I don’t have doubts about that. It depends a lot of the time on the mentality and Julian from day one we saw that he didn’t want to miss the opportunity, I want to do it well and that is so important.

“He is so young, had incredible success in one of the most important teams around the world in River Plate and if he is able to do it there with this personality he can adapt wherever and I feel that he is going to help us in many ways.”