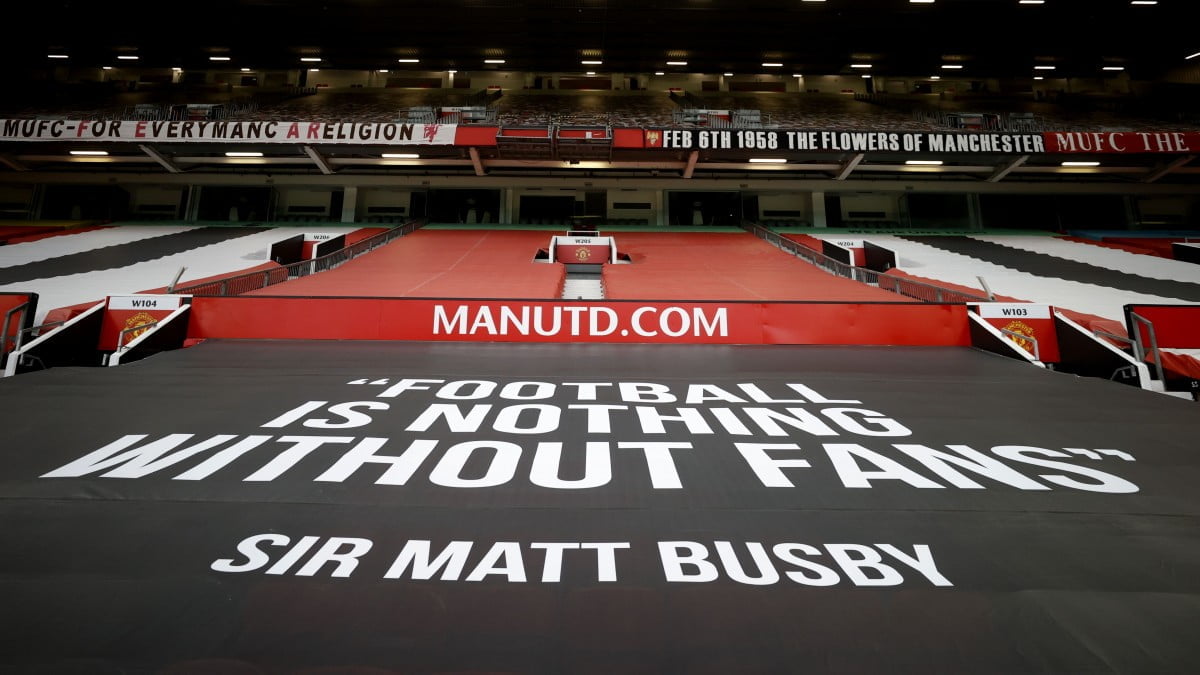 PETER MARTIN: Greed is good. That should be the advertising slogan for the new European Super league proposal

Greed is good. That should be the advertising slogan for the new European Super league proposal.

The football world woke up this morning to the news that six of England’s biggest clubs have agreed to join a new 12 team Super-League with some of the biggest names in European football.

The founding members of the proposed breakaway group hope to announce a further three members with five more places to follow through qualification to make up a 20 team league playing in midweek and continuing involvement in their own domestic leagues.

This new format has no relegation, merely a playground for the rich clubs to get richer and to hell with everyone else.

Before we all take the moral high ground on this. The new breakaway plan is merely a progression of greed from the formation of the Premier League in England and the Champions League structure across Europe.

UEFA has had a gun at its head for quite a while now with changes to the format continually being made to favour the big five countries.

The breakaway twelve want more money and they don’t want a share handed out for the benefit of other clubs or to be involved in any pyramid scheme. That door is firmly shut with this proposal.

These clubs are owned by billionaires and millionaires, who do not believe in a meritocracy. They want a playing field where there are no penalties for failure.

Their announcement is the first step in a bargaining chip to force UEFA to bow to their demands. We have witnessed this ruse before.

It brought us to the point where England has four teams automatically in the Champions League. Scotland’s champions have had to play three qualifiers to get into the tournament!

There are fans up and down the country reacting with anger at what has unfolded today, but what did you expect if you are a fan of Manchester United, Manchester City, Chelsea, Arsenal, Liverpool and Tottenham?

These clubs were bought by rich foreign owners with no affiliation or understanding of the history associated with English football.

Do you think they care about the working man or woman? Their love is for money and nothing else. You reap what you sow and when the greedy owners want a bigger return this is what you get, a European super League.

I’m not sure how this one is going to play out. My gut-feeling is the outrage of governments, football associations and fans will haul this lot of mutineers back into line, but only for a short time.

UEFA will have to come up with a format similar to the ‘gang’s’ proposal and bow to their financial demands eventually.

The days of a Celtic, Ajax, Nottingham Forrest, Aston Villa or Porto ever winning the Champions League are long gone.

These clubs are going to have to settle for a smaller trophy with no access to the major tournament.

Football has been taken over by big businessmen and the proletariat’s only involvement is to pay your money to watch or get stuffed.

This announcement this morning is only testing the water to see how much resistance is out there.

The next step is arbitration and an agreement to stay for a little while longer until they eventually get their way under the UEFA umbrella or through their own new tournament structure.

The ba’ is burst and we have nobody to blame but ourselves for welcoming these greedy owners into the clubs in the first place.