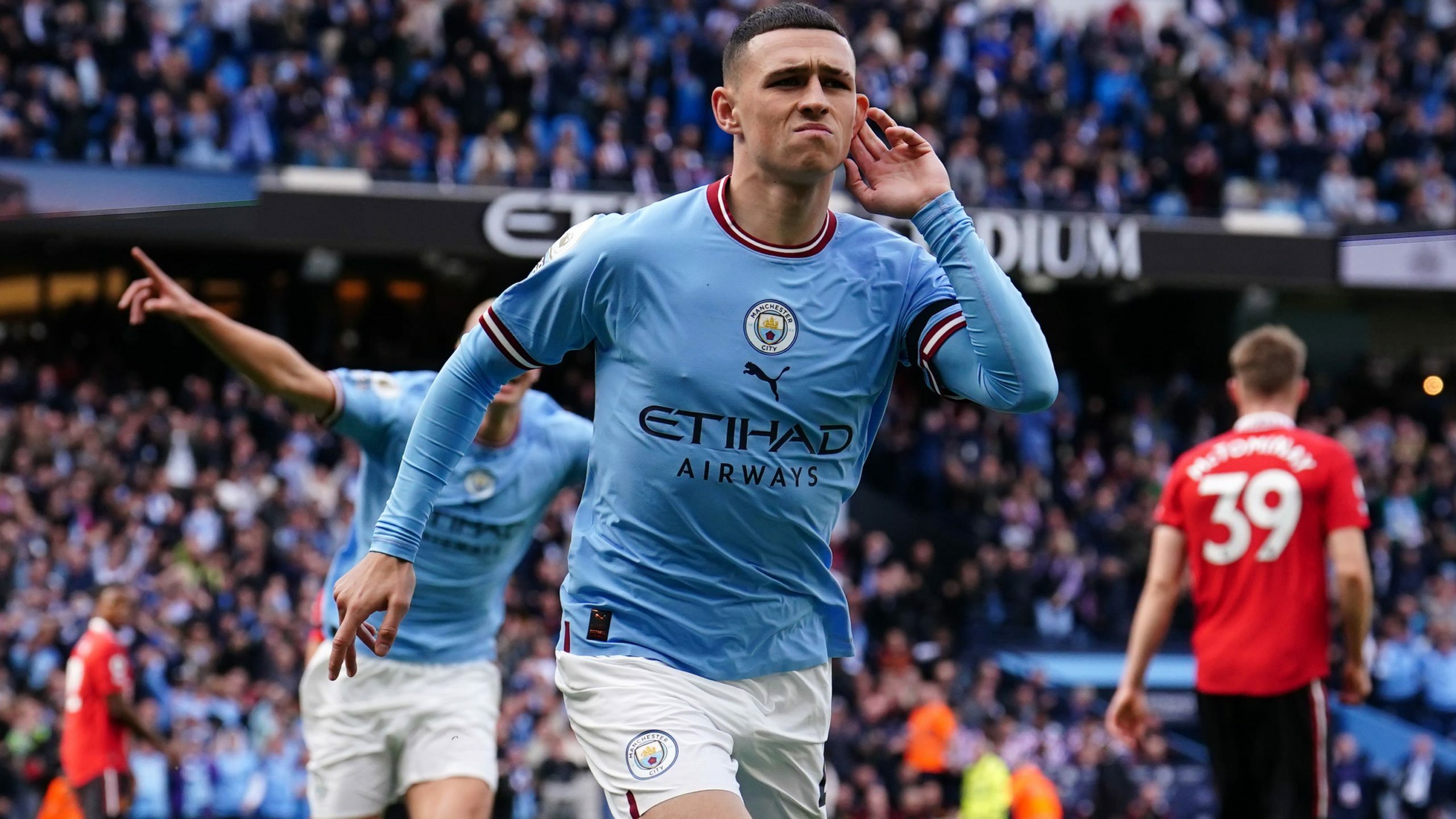 By By Andy Hampson PAOctober 3, 2022No Comments

Phil Foden has hailed his stunning derby hat-trick against Manchester United as a dream come true.

Both Foden and Erling Haaland hit trebles on Sunday as champions Manchester City thrashed their neighbours 6-3 in their Premier League clash at the Etihad Stadium.

While Haaland’s hat-trick was a remarkable third in successive home league games, Foden’s was the first of his senior career and took his goal tally for the club he supported as a boy past 50.

The England midfielder said: “It’s a team game and everyone has their day but I’m so happy, it is a dream come true – playing in the derby and supporting the club as well.

“To be able to score three is special for me. It’s been a long time coming. I have scored two goals a couple of times now but thankfully, I am happy to score a hat-trick now.

“I have been dreaming about scoring against Manchester United and things just fell for me in the right areas and I am really thankful that I put them away.”

Foden began the rout after eight minutes and added his second before the interval after a double from Haaland.

Antony reduced the arrears to 4-1 in the second half but Haaland and Foden then completed their hat-tricks as ruthless City humbled their rivals.

United substitute Anthony Martial scored a couple of consolations in the closing minutes.

Defender Manuel Akanji, who has settled well at City since his deadline day signing, felt it was a fine performance but United’s late strikes had just taken off some of the gloss.

The Switzerland international said: “It was great. We started really well and were 4-0 at half-time but in the second half we could have done better. We weren’t at 100 per cent any more.

“It’s not that easy sometimes but we can’t concede three goals in games like this where we controlled basically the game over 90 minutes. We have to do better.

“In the end the three points are what matters but hopefully in the next game we can keep the clean sheet.”