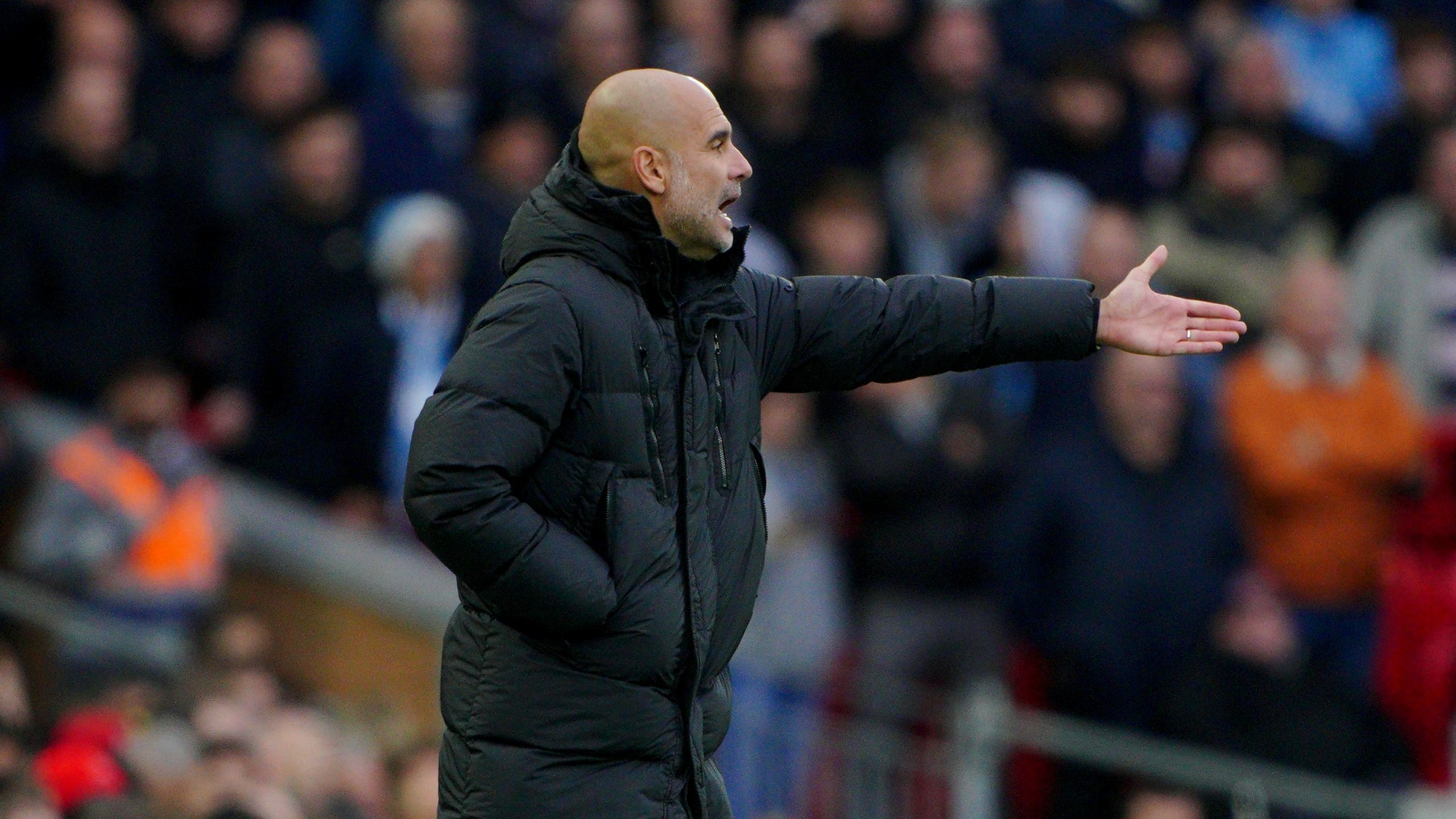 Merseyside Police are working with Manchester City over allegations of coins being thrown at Pep Guardiola during the 1-0 defeat at Anfield and damage being caused to the windscreen of a club coach.

Police say no incidents have been reported but they are liaising with both clubs “to understand a number of reported incidents”.

Liverpool have threatened to ban for life anyone found guilty of throwing coins but have expressed their disappointment over chants from away fans relating to the Hillsborough and Heysel stadium disasters, with the Anfield Road stand concourse damaged with similarly-themed graffiti.

“We can confirm we are working closely with Liverpool and Manchester City football clubs to understand a number of reported incidents which took place at the match at Anfield yesterday, Sunday 16 October,” said a Merseyside Police statement.

“We have been made aware that offensive and disorderly behaviour had taken place during the Liverpool v Manchester City game, including allegations of coin-throwing and offensive graffiti was sprayed in the away section.

“We have also been made aware of an allegation that a Manchester City team coach was damaged.

“However, no incidents have been reported to us or that items were thrown at the coaches and we are now working with MCFC to establish the circumstances of what happened and the allegation that damage was caused.

“Such behaviour will not be tolerated, and we are working with both clubs to identify and bring to justice anyone found responsible for committing offensive and disorderly behaviour.”

It is not the first time there has been crowd trouble around games involving  Liverpool and City at Anfield, with the rivalry between the two clubs having grown considerably in recent years.

Most notoriously, in 2018, City’s team bus was pelted with bottles and other
objects as it arrived at the Merseyside ground for a Champions League encounter.

Asked after the match about the latest incident Guardiola said sarcastically: “Next time we will do it better. It didn’t get me. They try it again next year.

“All these coins, they tried, but didn’t get it. They got the coach years ago.”

Liverpool boss Jurgen Klopp had not been aware of the matter but apologised on behalf of the home club.

He said: “Oh, horrible. I am sorry. I apologise for that. I had no idea about it. It never should happen, never.”

In a statement Liverpool said coin-throwing was “totally unacceptable behaviour” and stressed “those found guilty will be punished, including a lifetime ban from Anfield Stadium and a possible football banning order”.

City have not commented on the issue of the offensive chanting but it is understood the club felt remarks from Klopp ahead of the game had needlessly inflamed the tension between the two clubs.

Klopp said that state-owned clubs such as City, who have Sheikh Mansour of the Abu Dhabi ruling family at the helm, had “no ceiling” and could “do what they want” because of their vast finances, and that others could not compete.