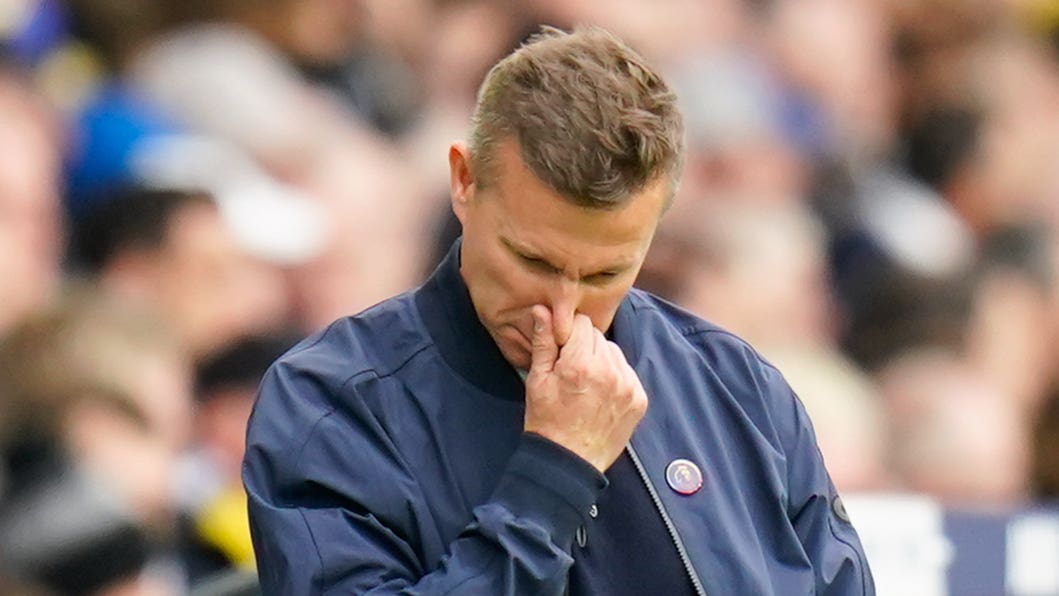 A fourth straight defeat has further cranked up the pressure on Leeds head coach Jesse Marsch, whose side’s winless run was extended to eight matches.

It started well for the under-fire American when Rodrigo headed Leeds in front, but they were pegged back before half-time by Aleksandar Mitrovic’s header.

Leeds had most of the possession in the second period as they strived to regain the lead, but there was no end product and they were punished by Decordova-Reid’s header and Willian’s sliding finish.

Leeds substitute Crysencio Summerville reduced the deficit in the first minute of added time, but it was not enough and by then Marsch had already endured chants of ‘you’re getting sacked in the morning’ from his own fans.

Fulham maintained their impressive progress under Marco Silva after Thursday night’s 3-0 home win against Aston Villa had lifted them up to ninth in the table.

They now sit eighth after their fifth league win of the season following promotion under Silva last May.

Leeds’ accustomed flying start had Fulham scrambling inside their own penalty area as Luis Sinisterra and then Jack Harrison were crowded out.

But the only shot at goal during an encouraging opening spell for Leeds came from Sam Greenwood, making only his second start for the club, and that flew over the crossbar.

Fulham were denied an opener with their first attempt and against the run of play in the 14th minute when Harrison Reed’s low shot was brilliantly blocked on the goal-line by Marc Roca and then cleared by Robin Koch.

Leeds were then rewarded for their break-neck start. Brenden Aaronson picked out Harrison and his shot deflected off Fulham skipper Tim Ream to the far post where Rodrigo headed home his fifth goal of the season.

Fulham’s riposte – and Mitrovic’s ninth league goal of the season – silenced Elland Road and the home fans held their breath soon after when Pereira raced clear following a clearance from a Leeds corner.

But Meslier, making his 100th Whites appearance, made amends for his earlier gaffe with a superb block to keep the scores level at the break.

Leeds flew out of the blocks again after the restart. Rodrigo’s shot was held by Bernd Leno and Aaronson’s effort curled off target.

Rodrigo and Luke Ayling both fired wide as Leeds’ chances mounted, before the latter rescued his side twice at the other end, thwarting Joao Palhinha and blocking another goalbound shot.

Leno produced a smart block to deny second-half substitute Patrick Bamford, but Fulham turned the game on its head when the unmarked Decordova-Reid headed them into the lead from Pereira’s cross.

A large section of home fans called for March to go and chanted ‘sack the board’ before Willian turned home Reed’s 84th-minute cut-back, while Summerville’s stoppage-time effort for Leeds was mere consolation.