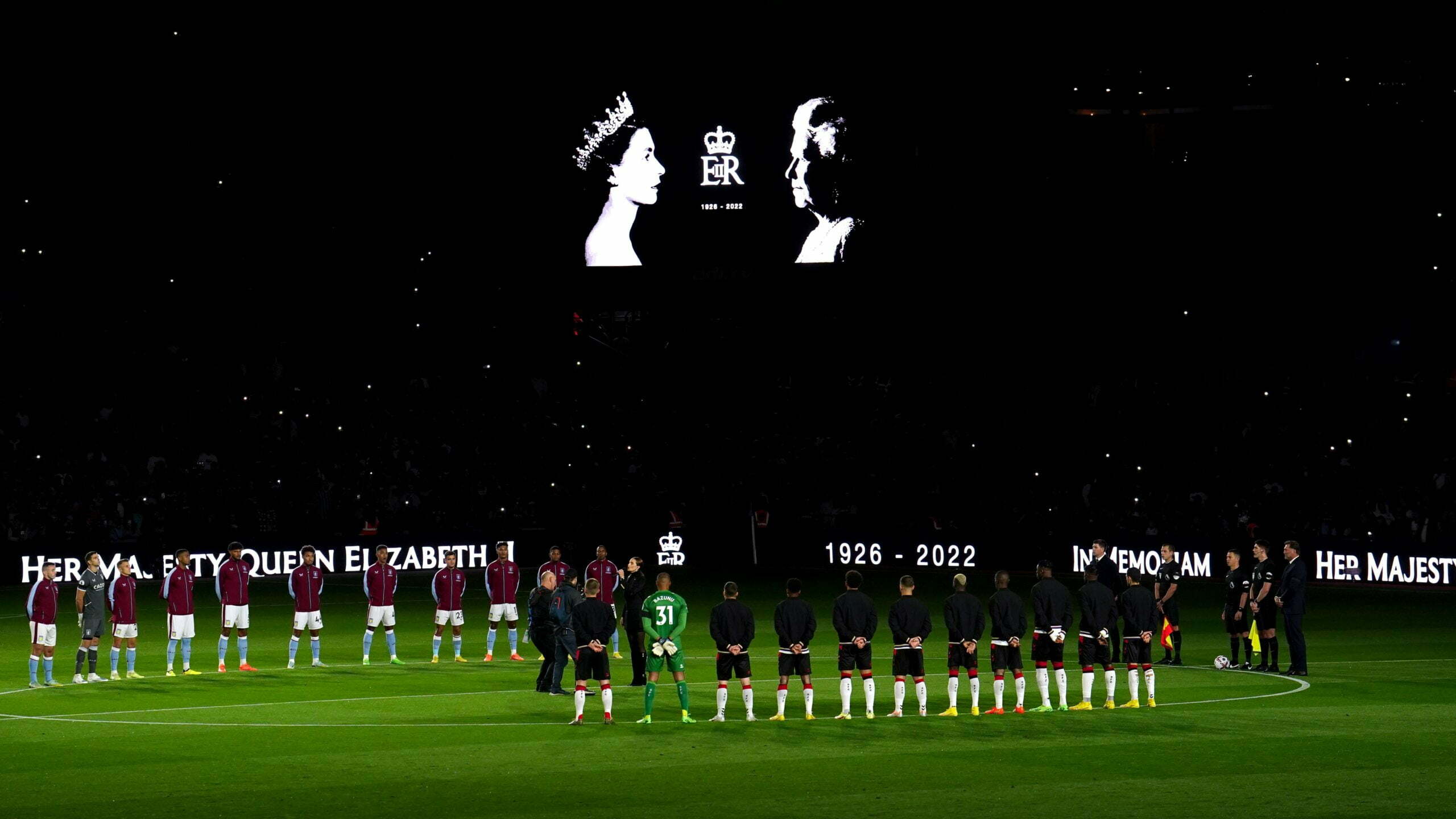 The Prince of Wales still sent Aston Villa a message of support as he mourns the death of the Queen, boss Steven Gerrard revealed.

Jacob Ramsey’s first-half winner sealed a scrappy 1-0 victory over Southampton on Friday after Villa Park paid tribute to the Queen.

Villa climbed to 13th after a second win of the season – and first clean sheet since April – on an evening which started with a minute’s silence and the national anthem.

William, a lifelong Villa fan, remains in London ahead of his grandmother’s state funeral on Monday but still offered his backing to Gerrard and his squad.

Gerrard said: “He messaged in the week, to the club, and that shows everything about what he thinks of this club. For us to reward that with a result and clean sheet, I’m sure he will be proud.

“It was along the lines of ‘would love to be there’. He is consistently in touch. He is very supportive of the boys individually, he loves them. It’s really impressive, his knowledge, and how much he is in to it.

“It certainly took me back. He is very much involved in Villa. For him to message in the situation he is in is really impressive.

“Where we were before the game, in terms of our league position, it was about the result. It wasn’t pretty or stylish but was all about resilience, guts, character and owning the pitch.”

There was nothing to spark either team for 34 minutes of a wretched game until Philippe Coutinho shot over.

It at least roused Villa with Coutinho and John McGinn – who admitted he would have switched the game off if he was watching on TV – trying to force the issue.

The urgency worked and the hosts cashed in when they were on top four minutes before the break.

Coutinho’s far-post header was saved by Gavin Bazunu but from the corner it was worked short to the Brazilian to cross for Ollie Watkins.

His header was turned onto the bar by Bazunu, with the ball looping up, and Mohammed Salisu could only nod it to Ramsey to blast in.

That was as good as it got in a game desperately low on quality. Leon Bailey drilled wide and Douglas Luiz tried his luck from a corner before the half was out but the second half left a lot to be desired.

Stuart Armstrong glanced wide in stoppage time – the best a flimsy Southampton could manage as they fell to a third defeat in four games.

“We have seen better games in the Premier League this season,” said Saints boss Ralph Hasenhuttl. “They had the one thing, to score, and we didn’t have one.

“It was far away from Premier League level, from both sides. We haven’t been good enough on the ball to create anything seriously.

“It was similar to the Wolves game (a 1-0 defeat) but we didn’t have chances. It was hard to say what it was, after the first two or three duels we were a little bit anxious.

“For some players they need to adapt to this level and this will take time. This is not surprising. Of both teams we were the worst one.”