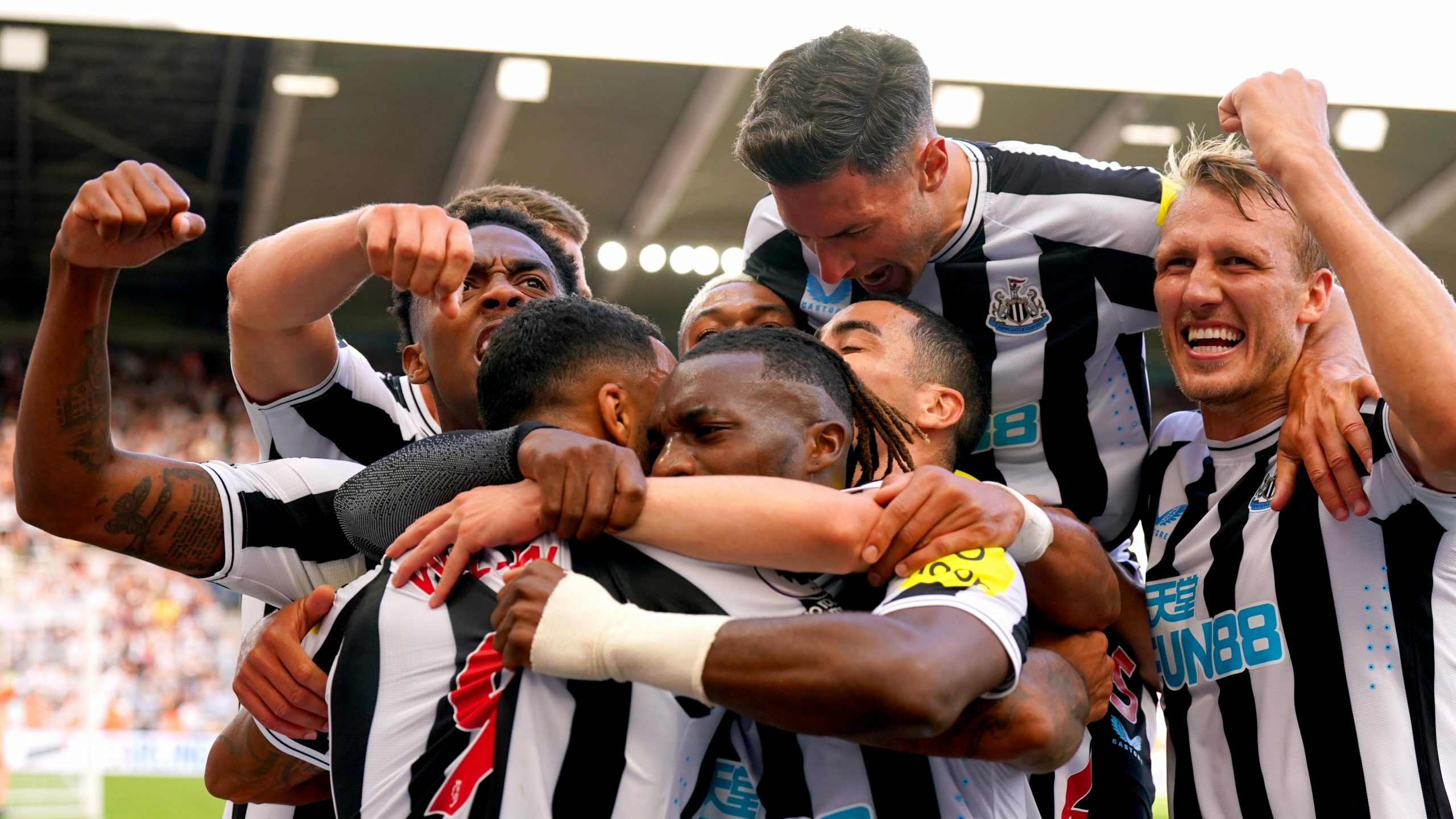 Q&A: A look at Newcastle’s transformation on and off the pitch

Newcastle’s emergence from the doldrums of the Mike Ashley era reached a watershed moment when they took on Manchester City at their own game on Sunday.

The hope which accompanied Amanda Staveley’s takeover in October last year has grown steadily since but reached new heights after a thrilling 3-3 Premier League draw which rekindled memories of Kevin Keegan’s ‘Entertainers’.

Eddie Howe’s side remain very much a work in progress, but that there is progress at all is music to the ears of the Toon Army.

Here, the PA news agency takes a look at the transformation on Tyneside.

What has changed off the pitch?

In short, almost everything. Staveley’s consortium, in which Saudi Arabia’s Public Investment Fund holds an 80 per cent stake, swiftly replaced head coach Steve Bruce with Howe and although they had to wait to acquire his services from Brighton, installed Dan Ashworth as sporting director in June. He was joined on Monday by new chief executive officer Darren Eales, formerly of MLS side Atlanta United. A much-needed refurbishment of the club’s Benton training headquarters is under way, while a tired St James’ Park has been tidied up over the summer.

What difference has Howe made?

The 44-year-old’s impact has been enormous. He inherited an unbalanced squad hurtling towards the Sky Bet Championship when he took over in November last year – they had collected just five points from their first 11 league games and did not secure a first win until the 15th time of asking. Helped in no small part by a £94million January spending spree, he forged an organisation and collective sense of purpose which dragged the club not only to safety, but to within two pints of a top-10 finish. Under Howe, the Magpies have lost only 10 and won 14 of the 31 games they have played in all competitions, but perhaps more importantly, they have adopted a progressive, front-foot approach in an effort to impose their strengths on opponents, rather than the relative passivity which had hampered them in the past.

How big a part have the new signings played?

Newcastle’s winter transfer window business was both pivotal and astute, with the captures of Kieran Trippier and Dan Burn for a total of £25m looking ever more shrewd by the game, while Chris Wood’s £25m arrival from Burnley and Matt Targett’s loan move from Aston Villa plugged sizeable holes in the squad. However, it was the £34m swoop for Lyon’s Brazil international midfielder Bruno Guimaraes, who has since been linked with a switch to Real Madrid, which was perhaps the club’s most exciting investment. Howe has repeatedly warned there would be no wild spending in the summer market, and while there is still work to be done in attacking positions, a permanent transfer for Targett and deals for England keeper Nick Pope and defender Sven Botman have pushed the total bill for the two windows towards £150m.

What about the men Howe inherited?

Arguably the biggest change Howe and his coaching staff have fostered is the improvement in some of the players already at the club. Fabian Schar, Jonjo Shelvey – currently working his way back from hamstring surgery – Ryan Fraser and Miguel Almiron have all prospered under the new regime, while fleet-footed Frenchman Allan Saint-Maximin produced his best performance yet in a black and white shirt against City. However, £40m record signing Joelinton has been transformed from a misfiring striker into a combative midfielder to such spectacular effect that he has established himself as a cult hero.

What has been the response from the club’s fans?

Battered into submission by the lack of ambition under Ashley’s administration, it would not have taken much to ignite a fanbase starved of tangible success since 1969. Amid discomfort over the focus on Saudi Arabia’s human rights record, hope has been restored and the supporters have responded accordingly.

Staveley signalled her intention to pour resources into the women’s team within hours of completing her takeover, and that process took a significant step on Sunday with the announcement that Becky Langley’s fourth-tier side, which had previously operated independently with support from the Newcastle United Foundation, had been brought within the club.