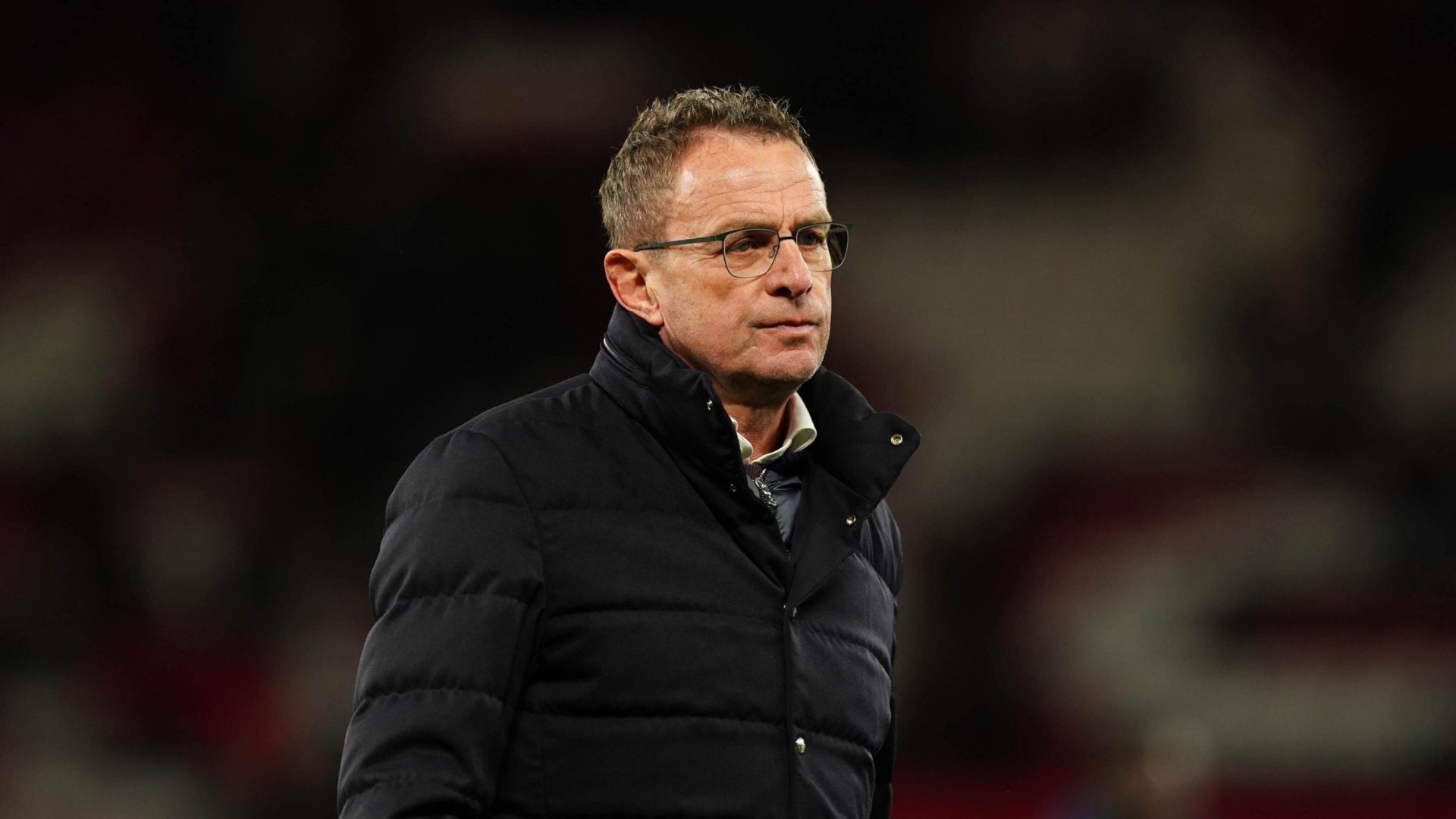 The 63-year-old is set to fail in his objective of leading the stuttering Red Devils to Champions League qualification but still hopes to leave a lasting legacy at Old Trafford.

Rangnick will switch from United’s interim boss to a consultancy role in the summer – a job that will run in tandem with his new position as manager of Austria’s national team.

The German has an impressive track record of developing teams, recently succeeding with RB Leipzig and sister club RB Salzburg, and believes transfers are key to providing incoming boss Erik ten Hag that platform to succeed.

“For me, the most important bit is recruitment now,” Rangnick said when asked what he will be advising on.

“This is, for me, the most vital point, that we bring in the best possible players and speak about that, who could that be.

“It’s not only identifying those players but meeting them, convincing them to join this club, even though we will not be playing in the Champions League.

“This is what I see as the most important bit. Again, also, with regard to top talented players for the academy, identifying those kind of players.

“We spoke about Mason Greenwood. He was probably one of the most talented players in the last couple of years. This is, for me, again right now for the next one or two years the most important part.”

Asked if United can go back to buying players at the peak of their powers, Rangnick said: “My personal opinion is that the club should try to find future top star players and develop them.

When Erling Haaland and Kylan Mbappe were reeled off, Rangnick said: “Haaland is a young player. He’s 21 or 22. This is one of those players I spoke about.

“But, on the other hand, he has developed in the last two years into one of probably the most expensive strikers in the world.

“But, yes, he could be, he would be one of those examples where I think the focus should be on to try and identify and find and then convince players who could be Manchester United players for the next couple of years.”

But that view also comes with a dose of realism given rivals Manchester City and Liverpool are flying high, with the club targeting the “full package” of “mentality, quality, physicality, pace, skills” in new players.

Rangnick says it is obvious that the team need additions given their struggles and departing players, with Monday’s match against Brentford looking to be an Old Trafford farewell for out-of-contract Jesse Lingard, Juan Mata and Nemanja Matic.

“Juan Mata played the last 15 minutes, Nema almost the whole game, so it’s not about saying farewell to the supporters.

“If that is possible I would do that or I would like to do that, but it’s also about getting the best possible result.”

Rangnick hopes to have Fred back for Monday’s match and captain Harry Maguire may return, while Edinson Cavani – another out of contract in the summer – was due to return to training on Friday.

But the 63-year-old says Jadon Sancho will be absent against Brentford and “might be out for the rest of the season with his tonsillitis”.

Asked if Sancho was having his tonsils out, Rangnick added: “It could happen.

“He’s definitely got an inflammation on his tonsils and has also had some high temperatures, so that’s why he was not available (against Chelsea) and he will most certainly not be available for the next two games.

“Hopefully, they can get hold of that inflammation and then hopefully if the tonsils have to be taken out and removed this can happen at the end of the season.”