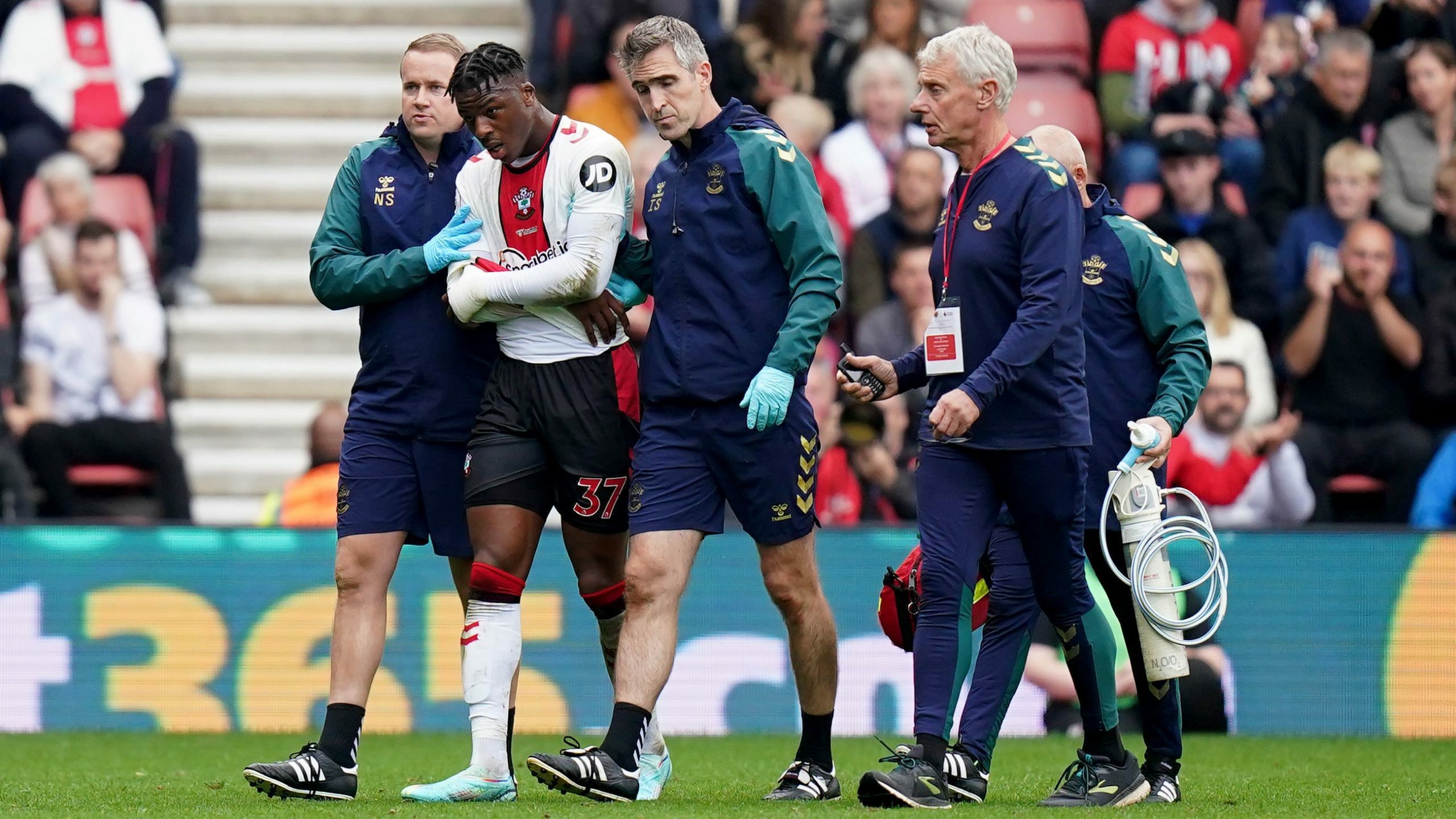 Southampton boss Ralph Hasenhuttl fears his side could be without defender Armel Bella-Kotchap for an extended spell just when they are looking to kickstart their Premier League campaign.

While the 20-year-old posted a positive note on social media afterwards, Hasenhuttl admits both club and player still face an anxious wait to determine the full extent of the problem, which could yet impact on the defender’s hopes of featuring in the World Cup.

“It doesn’t look good for Armel. He will definitely be out on Wednesday, but it is not so sure in what direction we are going, if we need a surgery for him or if you do it without,” the Southampton boss said.

“I think he wants to try it without, mobilising the shoulder and then coming back maybe in two or three weeks, otherwise it would take longer.

“There is definitely a loss for us again and longer-term injuries are sometimes not the best for a team that is looking for results.”

Despite halting their downward spiral, Southampton finished the weekend in the bottom three.

Hasenhuttl, though, wants his squad to use what was a hard-earned point against the Hammers as a foothold to build a sustained run of form, starting with the trip to Bournemouth.

“It was important that we gave a positive performance on the weekend, we took something and we can go now and concentrate on tough games coming up and in the short term,” the Saints boss said.

“It was a good side we played against and we have to take it, because every point is important for us, especially after the last losses we had.

“We now have a lot of games coming up where we have to go for the win, for the three points, and the next chance is on Wednesday.

“But we are coming up against a team who are in form, unbeaten in six games with a massive turnaround (in form), so it is the same challenge like it was on Sunday.”

Bournemouth caretaker boss Gary O’Neil has overseen an upturn in results since taking over from Scott Parker, who was sacked just four league games into the season on the back of a 9-0 thrashing at Liverpool.

There have been calls for the former midfielder to be handed the role on a permanent basis, with the club having not yet made a decision amid a background of an expected takeover by American businessman Bill Foley.

“He (O’Neil) has been doing an absolutely incredible job. I know how tough it is to stay unbeaten in the Premier League and he took everything from the bottom if you want,” Hasenhuttl said at a press conference.

“He had the chance to build up a team and I think you could see that he found immediately a very, very successful way of playing football with a very clear, demanding shape and clear automatism.

“That for me is always a sign of a manager who knows what he does and brings in immediately what is necessary. This is very impressive to watch.”