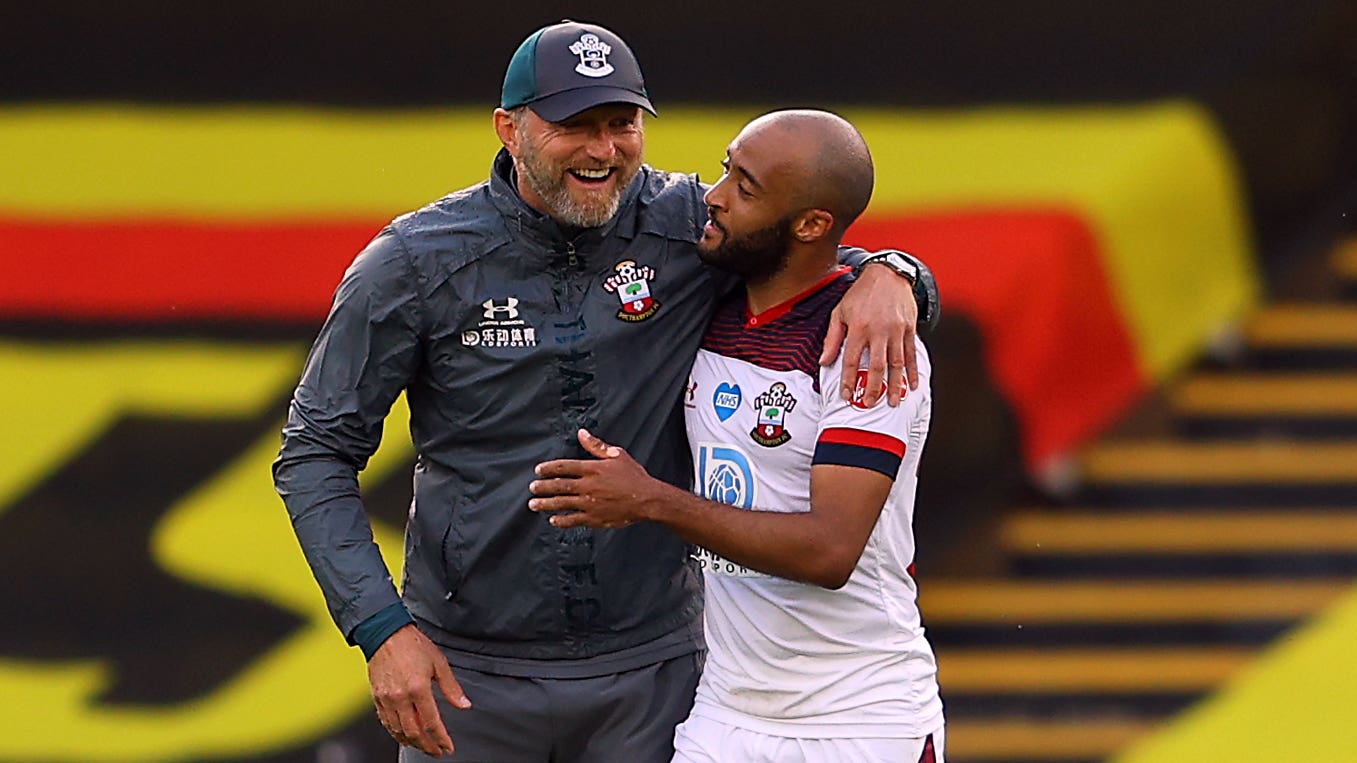 Ralph Hasenhuttl hails Nathan Redmond ahead of move to Turkey

Southampton manager Ralph Hasenhuttl is confident Nathan Redmond will make the most of a fresh start as the winger closes in on a move to Turkish outfit Besiktas.

Redmond, who joined the Saints from Norwich during the summer of 2016, had seen first-team chances limited this season, with his only appearance coming as a late substitute in the opening Premier League game at Tottenham.

Hasenhuttl maintains Redmond leaves the club on good terms – the 28-year-old having posted a lengthy Instagram message to supporters speaking fondly of his time at St Mary’s Stadium – and can now go on to make an impact in Istanbul.

“It is a good change for him, after six years it was maybe time to get something new for him,” the Southampton manager said.

“We had a fantastic time here together, nearly four years, with a lot of very good moments, some also not-so-good ones.

“But I absolutely had a good relationship with him until the end, even there he showed his professionalism in such moments.”

Hasenhuttl told a press conference: “I am really looking forward to him playing there, for us we all move forward and go through changes in life.

“It’s a big change for him but I think he made a good choice.”

Southampton will look to regroup following a disappointing 1-0 defeat at Wolves which had followed victory over Chelsea at St Mary’s.

Hasenhuttl revealed there had been some issues with illness in the squad this week, but that Mohamed Elyounoussi and Ibrahima Diallo have both been able to return to training.

Saints host Brentford on Saturday when the Bees will be looking to build on a 5-2 win over Leeds which extended their unbeaten run to four games in all competitions.

“We know that we are facing a very strong opponent, a very good team that has made a very good first year (in the Premier League),” Hasenhuttl said.

“Very often you speak about a difficult second year that you have in the Premier League, but even after losing (Christian) Eriksen in the summer, it seems that they stay hungry, that their enthusiasm is still there and that there is more than only enthusiasm.

“There is more in the background, there is more of quality what they have created in the last few years, there are a lot of parts in their game.

“They are exceptionally good, and this is a reason why it is so tough to beat them and I am expecting a very, very tough game for us.

“But we also want to show ourselves how good we are and how good we can be at home, and I am expecting a very tight and very intense game.”