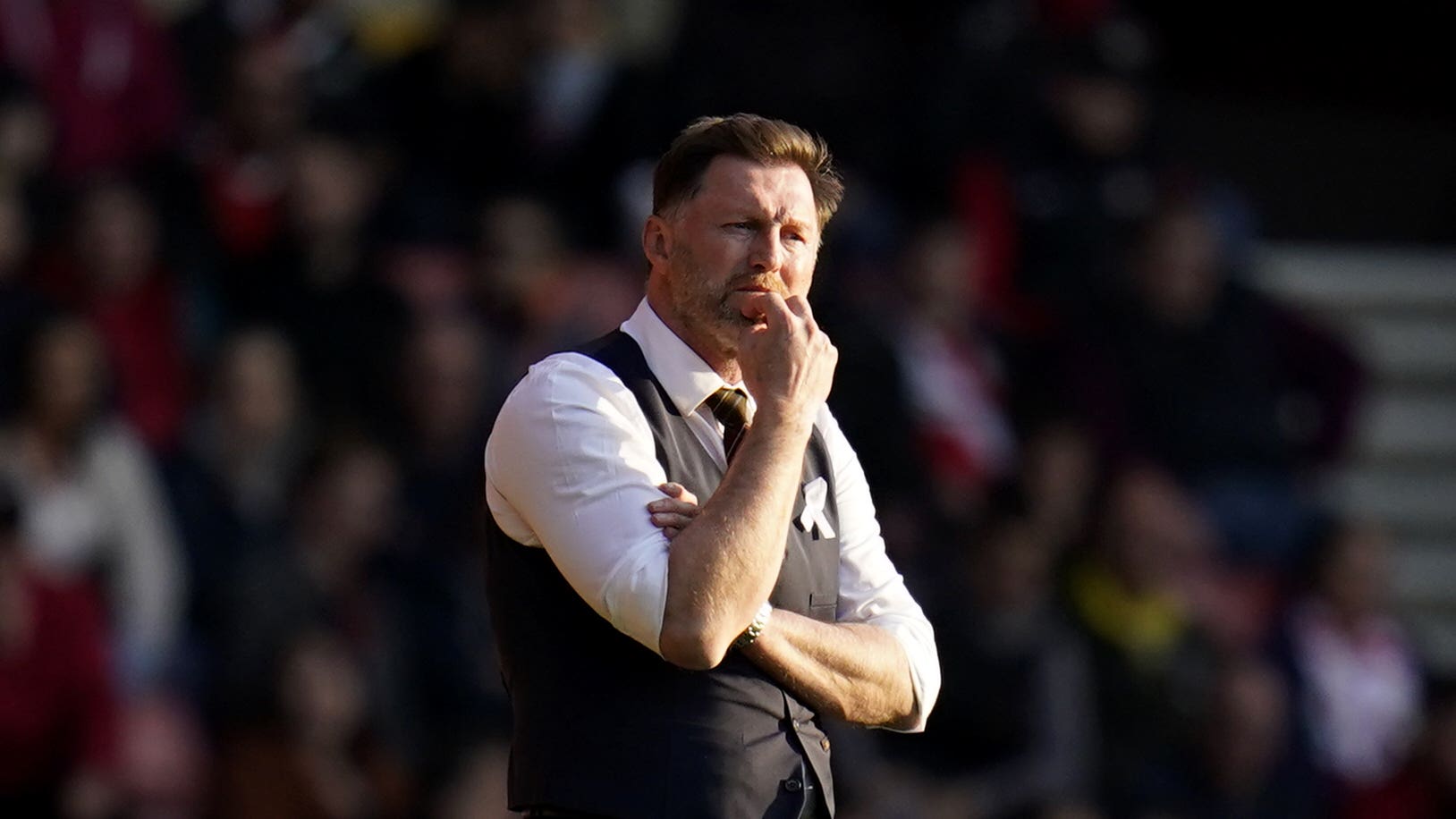 Ralph Hasenhuttl: Southampton deserve to be where they are in the table

Ralph Hasenhuttl insists Southampton can have no complaints with their position in the Premier League following their collapse in results.

Saints travel to Leicester for their final match of the campaign knowing they can finish no higher than their current position of 15th. And should they lose with Everton winning at Arsenal, they could drop to 16th.

As recently as February they sat on the cusp of the European places, only to plummet down the table through a run of nine defeats in 12 matches, a sequence containing just one win.

Relegation has been averted, but Hasenhuttl accepts it has been an unsatisfactory second half of 2021-22.

“It’s what you deserve to get when you have a season where, for a long time, you have a very good run of form and then in the end you lose games that you don’t have to lose,” Hasenhuttl said.

“The mid part of the table is very tight. You can see it, we played all the teams around us at the end and these are the decisive games. It very often breaks down to these decisive games, to the six-points games.

“If you win these games then you are suddenly up in the table, but this season again we faded at this moment. This is very disappointing.

“We reached the minimal target early like every year, but the next step we couldn’t manage. This is not what we wanted.”

Neither Southampton nor Leicester have anything to play for at the King Power Stadium on Saturday, but Hasenhuttl insists that finishing on a defeat would cast a cloud over the summer.

“I’m sure it won’t be the most watched game on the weekend, but for us it’s an important one because we want to end up in a good way and get a little bit of a positive feeling before the summer break,” he said.

“The last results haven’t been that good, so this is another chance to show up and get a better result against a team that is in good form.”