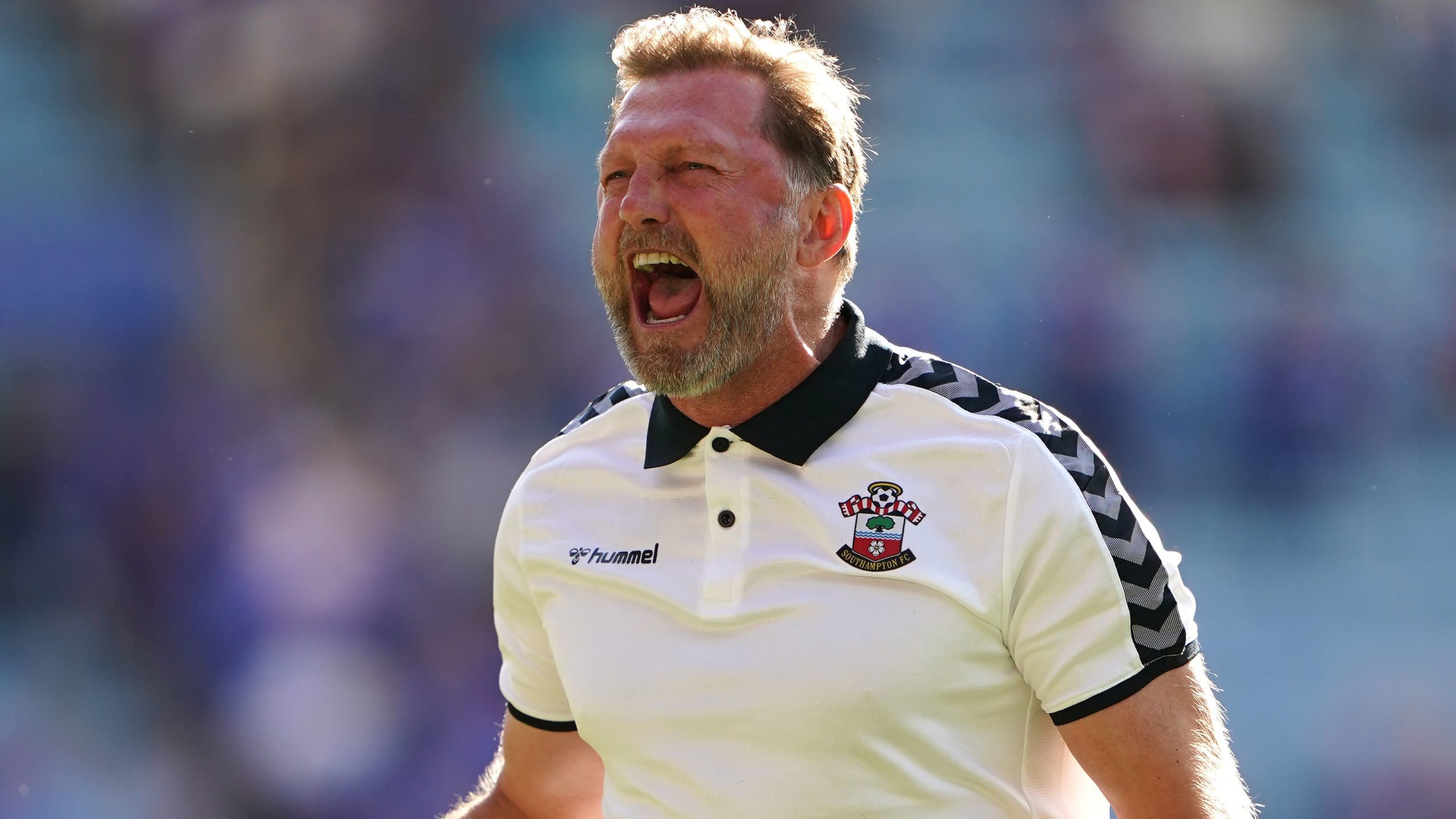 Ralph Hasenhuttl urges Southampton to be brave against Manchester City

Ralph Hasenhuttl has promised Southampton fans his side will show no fear on Saturday against Premier League champions Manchester City.

Three straight league defeats have cranked up the pressure on the Saints head coach, with speculation mounting over his future before a daunting trip to the Etihad Stadium.

Hasenhuttl said: “The message is a very clear one. We have had three very tight games, which we lost with one goal difference and, especially in the last one, we had a much higher chance of winning than the opponent.

“But we didn’t do it and this is what we have to learn. We see that the progress is there, but the Premier League is tough, we know this.

“We are going there and you can be sure we are not scared when we go to Man City and we want to show we are a brave team and hopefully a successful one.”

Southampton were one of only four sides to leave the Etihad last season with at least a point after a goalless draw and also held City 1-1 in the return.

The Saints must first work out how to stop Erling Haaland if they are to deny City victory again after the Norway striker maintained his sensational start to life in England with a midweek Champions League double against FC Copenhagen.

Hasenhuttl said: “I think they did a good job in the transfer market and definitely improved their offensive quality with an upgrade on Gabriel Jesus, who is also not such a bad player, to Erling Haaland, who does even better.

“What do we want to say about this team? We saw on (Wednesday evening against Copenhagen) again from them.

“It’s not easy to defend against them. We will find a way to do it.”

When asked what characteristics his players must replicate to match last season’s success against City, Hasenhuttl said: “Braveness. With the ball and against the ball.

“We were speaking about the percentage of possession you need to have if you want to have a chance.

“You cannot avoid them having a lot of chances against you, but normally I think there is a way to defend against them and we’ve shown in the past we are able to do this.”

The Saints sit 16th in the table after five league defeats this season, one point above the bottom three, while their last win came against Chelsea, who they beat 2-1 at St Mary’s at the end of August.